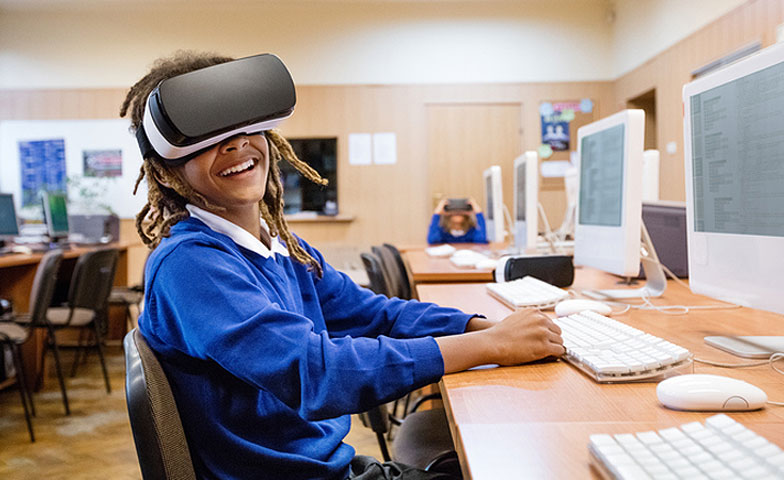 This is part 2 in a two-part series on the benefits of video games both in and out of the classroom. Part 1 covers practice and patience, teamwork, socializing, and leadership.

Business Acumen
While Monopoly may be one of the oldest games to impart some business strategies to the player, software products today can develop your career, track your investments, or help develop a brand. Sophisticated simulations can replicate real situations within a safe environment to practice and receive feedback for improvement.

Gamification is the concept of applying game mechanics and game design techniques to engage and motivate people to achieve their goals. The oldest models of gamification are frequent flyer programs to improve customer loyalty. Gamification products abound that motivate employees, create competition among teams, build customer loyalty, and track personal goal attainment. Such goal success releases dopamine, a neurotransmitter that is a reward and creates an environment where the brain seeks more opportunities for dopamine release. It is why elements of gamification can create an addiction just like alcohol and gambling. Such elements can create a culture of success or a culture of cut-throat competition.

Many companies want to build a business-savvy workforce in which individual contributions add to the bottom line. Modifying your plans as the external factors change, as in life, have morphed from board games into video play. Professional training programs have tapped the virtual space to offer simulations and essential elements of improving businesses. The US Army is using games for training purposes and has attracted millions of new recruits. School districts are using Avatar simulators to create training situations for mentors and coaches.

A video game classic, SimCity is a city-building game that lets the player build a dream city. From running utility lines to landscaping parks, you control the progress and are faced with making big decisions, overcoming roadblocks, and managing a budget.

It may not be exact real-world experience, but some of the decisions you’re forced to make in the virtual realm are situations you will encounter in business dealings. Shedding light on economic transactions and the establishment of political communities and political theory such as cooperation, reputations, and self-governance can all be explored in the safety of a game environment.

Empathy
Child development advocates believe the best way to instill empathy is through interactive play and stories. Can video games help the player manage emotions, cope with conflict, or deal with social issues? According to the General Aggression Model (GAM), the aggressive material in violent media can affect our thoughts, emotions, and arousal. Too much exposure to such content can desensitize how we react to such scenes, affecting future emotions.

Perhaps, too, pro-social material can foster empathy. As the brain molds and changes, new neuro-pathways are formed. This ongoing process is called neuroplasticity. It allows our brain to change; the question is whether it is changing for the better or not.

Helping students develop behavioral skills like perseverance, teamwork, conscientiousness, and empathy is a key part of ensuring a child’s future success. Kids already play video games. Reaching them through a channel where they already want to spend time and where they already feel comfortable may be possible with some of the newly emerging games.

Communications
With the expansiveness of the internet, gamers play across vast distances and communicate with one another through audio interface, which frees many from constraints they may encounter in face-to-face society. Subscribing to a MMORPG (massively multiplayer online role playing game) can involve thousands of other gamers at any given time. Such group interaction results in the formation of friendships as well as personal empowerment.

Online multiplayer games encourage communications between players, and some demand it to make progress in a game. A single game can require communicating in the form of text, image, and sound between two people or whole groups and communities. Applications for crowd-sourcing skills during such interactions may apply, especially when opportunities for “after-action” reviews are conducted in some games.

Resiliency
We want our students and the work force to be resilient. That can take many forms. Being able to deal with adversity, setbacks, or changing conditions is a character trait that is difficult to teach. Video games are effective tools to learn resilience in the face of failure. Bouncing back and not giving up on a task are considered positive psychological traits usually required for active gamers.

By learning to cope with ongoing failures in games, players build emotional resilience they can rely on in their everyday lives. Deriving social support from online communities can be a supplemental benefit, but “too much,” especially for the socially isolated gamer, must be noted.

Futuring
While comprehending the negative implications of “too much of anything,” gaming activity has been often cited in the media as fostering immaturity, violence, and even addiction. Claims of the lack of physical exercise, anti-social behavior, and the lack of social interaction abound in the “couch potato” stereotype associated with video gamers.

Yet, as a stress reliever or an escape from reality and with the proliferation of game-based classroom applications, is there an optimum level of participation that would enhance our social, emotional, and intellectual or problem-solving skills?

Looking at current use of video games in the classroom, more than half of students play them as part of the curriculum each week. As always, too much of a good thing could be bad, but a balanced approach may derive benefits.

The opportunity to enjoy gaming and all its diversions may too enhance the quality of one’s life … within limits. Engaged and excited classrooms may be enhanced when educators and game fabricators collaborate to replicate experiences found in the real world but in an environment free of social pressure.