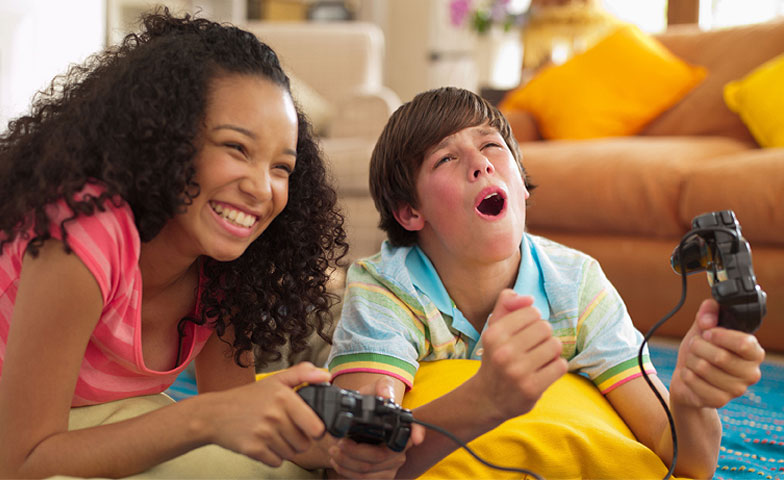 Admit it. You have played video games and perhaps enjoyed them! Tetris? Candy Crush? Angry Birds? Solitaire? Or perhaps a game-of-chance? Well you are not alone. With more than 65 million users of Pokemon Go gained in the week after it launched, the craze rekindled the debate of the utility of video games in the classroom and the appropriateness in the workplace. In this first of a two-part series, we’ll share utilitarian skills to be derived from video gaming and future implications of gaming towards improving competencies in the classroom and in life.

Practice and Patience
Early video games—and many today—required hours of practice to advance to higher levels or give the privilege to buy additional spoils, titles, or strengths. Classroom analogues of homework and other “drill and practice” mirror the benefits of video skill enhancements so that higher levels such as grades, class rankings, promotions, and recognition will be derived in the future.

“Spiral curriculum” endeavors allowing for basic competencies to be reinforced with advancement into more challenging application of understandings can be realized. Practice leading to improvement is highly reinforced for gamers. However, escape strategies such as buying your way into higher levels may also be learned and provide a fallacious gateway to success. Striking a balance between skill improvement versus too much homework or even game addiction remains an important consideration in life and the classroom.

Accusations that certain generations lack the patience to delay gratification until acquiring the proper credentials, resources, or maturity abound. Many online games-of-chance have programmed loss ratios to keep you interested while decreasing your resources over time. Daily reductions in your acquired bounty from video gaming necessitate long-term practice and frequent returns to the game to maintain your status. Practice and patience in both the gaming world and in life are required skillsets that need to be cultivated. Gamers enhance their selection of strategies and methods of attack after many repetitions and trial-by-error. How often have you altered your plans based on previous life situational experiences?

Patience incorporates the basis for delayed gratification and self-discipline. Identifying expenses and events that one has to “save up” resources to acquire is a common gaming theme. Waiting to buy something in a game encourages managing time effectively, controlling emotions and thoughtful allocations of assets. Some modern games require cost-benefit analysis and opportunity costing that can mirror outcomes in life, especially in the business realm.

Delays of gratification have been correlated to better study behaviors and decreased drug usage in young adults. Reward centers in your brain, while placing a premium on instant gratification, can deaden the ability for sustained attention on a single task and can be seen in activities such as multi-tasking with electronic media instead of reading a book or completing homework. Practicing patience, a long-held virtue in the world of work and play, cannot be denied in the gaming world too, while practice, leading to mastery, may impart self-confidence towards achieving greater success.

Teamwork
Education aficionados understand the 21st century skills of collaboration and working in teams. While sports and clubs are traditionally associated with imparting teamwork objectives, similar lessons can be derived from video games. Some researchers found that when students from different social groups cooperate in playing a video game attitudes towards each other improve and prejudices diminish. While not a solution for world peace, cooperative online game formats may improve relationships and lay the foundation for collectively achieving common goals.

Working well with others is a life skill cultivated in early grade school. Completing quests or banding together is a value-added activity in many games. Care must be taken with participants that do not perform well in the group, even with anonymous names, since they may be chastised and ridiculed to the point of reaching the level of bullying. Being kicked out by a group, either in a game or in real life, can be psychologically devastating.

In reality, bullying during gaming may be even easier since the players are somewhat anonymous to each other due to the use of pseudo-names. However, they are also protected by that anonymity. Players can be cruel, terse, and rude, which can be transferred into reality and into one’s life style.

Problem solving as a group usually involves setting of parameters, time limits, and physical boundaries. Depending on the group size, strategies will differ. Working together to eliminate other groups before going head-to-head, may or may not be a skillset that has real life applications—except for possibly in Survivor? Scenarios of generating solutions, or listing “must have items” and coming to consensus towards a final solution and creative collaborations as found in video games can be useful in everyday life and leads to better decision making.

Socializing
Stereotypes of gamers are that they are usually introverted nerds hanging out in their parent’s house with no social life or interactions. While solitaire continues to be one of the automatically installed programs in PCs, it only adds to the socially inept perceptions. Today’s users enjoy multiple players interacting with video and voice capabilities with chat functions. More than 70% of game players play with others while 20% play alone. Studies have found that prosocial video games make kids friendlier and even make them more physically responsive to people in trouble.

An Oxford University study found that boys and girls between 10-15 that played video games for an hour or less per day have better psychosocial adjustment—more sociable and less hyperactive than those who did not. However, for longer time game players the opposite was true. Hence, the occasional gamers among us hitting the game joystick may just gain some improved relaxation time, but don’t get carried away. Many studies still support the increase in aggressive behaviors derived from violent games, while others have helped.

Leadership
Leading a team of heroes or villains into battle may sound like fun and be good leadership training. A poorly planned attack, or knowing how to assign players of differing skills and roles while understanding how small tasks fit into a larger schema can all be exercised in video games. Playing “World of Warcraft” has been attributed to developing the ability to influence participants through leadership, without ordering them. Participants in video game tournaments requiring leading of groups reported improvements in the ability to give directions to others, coordinating activities of others, and working as a team member.

Competing with others, social interacting, strategizing while assessing individuals’ motivations and utilizing mentors are leadership traits commonly found in the workplace. Learning about failure, improvising and problem solving via video games with trial and error may be better than on the job live practice for leaders. Organizing high volumes of data, sifting through previous chronologies, or conducting research to make a decision is a hallmark of a leader and a developable skillset in games.

There are a several similarities between managing a strike force and managing a project team or even a classroom. Synchronizing schedules, mobilizing people towards a goal, inspiring victory, and resolving interpersonal disagreements are all skills that can be learned from gaming and transferred to real life. Gaming provides a ready outlet for natural leadership talent and may cultivate new skills.

This is part 1 in a 2-part series. In October, you can read part 2 of “The Hidden Benefits of Video Games,” where we’ll cover business acumen, empathy, communications, resiliency, and futuring.