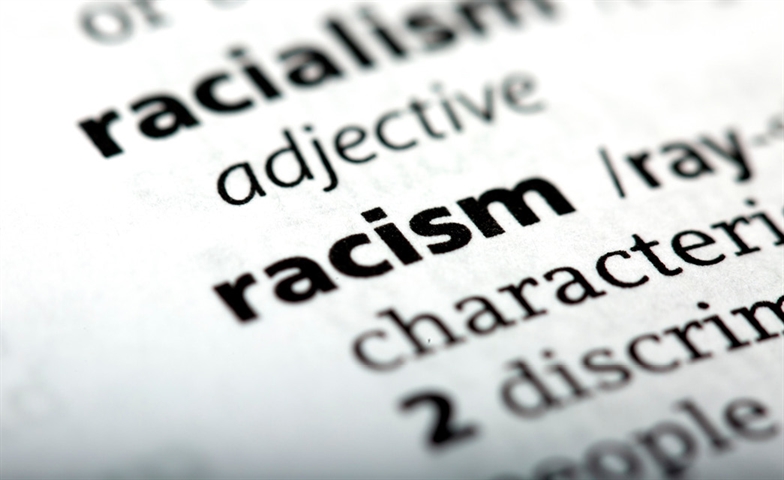 Martin Luther King, Jr reminds us that, “Human progress is neither automatic nor inevitable… Every step toward the goal of justice requires sacrifice, suffering, and struggle; the tireless exertions and passionate concern of dedicated individuals.” George Floyd’s death, along with so many other individuals of color, pierced something deeper this time, with despair and anger swelling with each passing day. Those of us claiming to teach all students and seeing each of them as infinitely valuable, yet cocooned in unrecognized bias, racism, and indifference, wonder at our own role – and competence – in what comes next. It’s time to do the unsafe thing, educators: To join those already doing the heavy lifting, to humble ourselves in the service of remedying injustice, to put ourselves and political expediencies on the line: to confront and dismantle racism both personal and systemic. We’ll need tools to start, however. Here are a few. – Rick Wormeli, June 2020

An hour later, I had a list of all the things I should have said but didn’t. My colleague had failed to notice racist elements in her comments in the department meeting. In the moment, though, I was stunned, then angry: How could she not see it? How could she perpetuate the very thing we promised to eliminate? With rising adrenaline, I knew if I spoke, I’d stammer, my eyes watering a bit, and it would be an incoherent spew creating defensiveness from the offending colleague. So, I bit my tongue, wallowed in self righteousness, and promised myself to vent with a trusted colleague in another department. I heard and processed nothing else during the meeting.

It was not a proud moment.

We navigate many constituencies in our education lives: our students, their parents, administration, public opinion, researchers, political expediency, social media, and our own moral compasses. As a result, our world is full of regretted instants of would’ve-could’ve-should’ve. Sometimes, or a lot of times, we succumb to self-preservation at the expense of professionalism and students’ rights. T.S. Eliot captures it in, “The Love Song of J. Alfred Prufrock,”

Should I, after tea and cakes and ices,
Have the strength to force the moment to its crisis?
…But though I have wept and fasted, wept and prayed,
I have seen the moment of my greatness flicker,
And I have seen the eternal Footman hold my coat,
and snicker,
And in short, I was afraid.

To say the right thing at the right time, especially with something so urgent and affecting as bias and racism, is on conscientious educators’ daily radar, but it can be difficult without rehearsal or versatility. So, let’s rehearse our responses to expressions of bias and racism in ourselves and others so those responses are at our mental fingertips in the moment when they are needed. And let’s build that wide collection of constructive responses so we are flexible and strategic in our statements. Consider the following as a starting point:

In February 2020, high school teacher, author, and Education Week blogger, Larry Ferlazzo posed the question, “What are the best ways to respond to educators who say they don’t see race when they teach?” He invited experts and classroom practitioners to weigh in on the constructive responses. You can find the full, five-part series of blogs with dozens of responses at Larry’s Education Week blog site listed in the citing sources below. Here are a few of the compelling responses that have considerable power to spark conversation and transform thinking:

How can you (an educator) have a relationship with me (a student) if you do not acknowledge all that makes me who I am? Diverse relationships should be sought out with the intention to honor one’s whole self.
— Makeda Brome, instructional math coach at Fort Pierce Westwood Academy in Fort Pierce, Florida, St. Lucie Public Schools Teacher of the Year 2019-20

The impetus to pretend that one is colorblind when it comes to race is a misguided attempt to treat all students the same, when all students, even within any racial group, are different. The impetus to pretend that one is colorblind is essentially racist. It is wielding the power to erase the identity of students. To refuse to see.
— Jamila Lyiscott, co-founder/director of the Center of Racial Justice and Youth Engaged Research, author of Black Appetite. White Food: Issues of Race, Voice, and Justice Within and Beyond the Classroom

“Not seeing race” is an easy way out because if those educators saw race, they would see how systemic racism has affected every aspect of the education system. When educators tell me that race doesn’t matter, I say that they’ve erased an opportunity to be anti-racist. They’ve squandered the moment and made it about them and their so called forward way of thinking instead of actually doing what’s best for their students…
— Julie Jee teaches 12 Advanced Placement English Literature and Composition and sophomore English

The statement, “I don’t see race,” represents the height of selfishness particularly when made by an educator. It says essentially, “I don’t see your entire-life perspective as meriting my consideration. I will tell you how I think you should experience your existence.” …[It] is a selfish sentiment because it requires that students suspend their worldview in favor of vantage points that are more consistent with your own. It says, I will value your perspective given the extent to which it agrees with mine…. This is…a form of cultural imperialism.
— Adeyemi Stembridge, Ph.D., works with districts around the country to identify root causes of achievement gaps and formulate pedagogy and policy-based efforts to redress the under performance of vulnerable student populations.

[A]n important part of my response is to feel where I myself am still shaky as I engage with this person…Do I stumble or hedge when I…need to respond to an argument that blames marginalized people for their own marginalization? …So much of what I encounter every day as a white person will lead me to think that I am what’s normal, and things are essentially as they should be. In the face of that, it is hard and sometimes lonely work to acknowledge that the world is wrong.
— Sarah Norris works with educators across the country to create more equitable spaces for teaching and learning

Racial history emerges as a source of pride when seen through the lens of resistance and survival against difficult odds…. Research shows that avoiding the topic with children serves to create racist mindsets, while investigating race correlates to higher self-esteem, increased self-confidence, academic achievement, and ethical leadership… Until racism can be seen, it can’t be addressed. Until it is addressed, it can’t be undone.
— Martha Caldwell and Oman Frame, authors of Let’s Get Real: Exploring Race, Class, and Gender Identities in the Classroom, and co founders of iChange Collaborative

Examples of these unhelpful statements include:

Helpful Dispositions During the Conversations

With Prufrock, T.S Eliot had us sincerely wonder who we were to disturb the universe. Dylan Thomas admonished us to not, “go gentle into that good night,” and to instead, “rage, rage against the dying of the light.” Let’s draw from this welling moral outrage and our all-consuming desire for a just world and find the courage to react in a timely and effective manner to bias and racism, whether it be subtle or overt. Let’s care enough about our students and our colleagues to extend candor and to walk with them –and our own limitations—as we share the path ahead. This courage comes more readily when we have specific and practiced tools, so to simply read a few paragraphs of an article and promise to do better doesn’t cut it. Let’s say these challenging statements aloud and in front of colleagues in rehearsal and in real use, making them our own. Let’s find meaning in those conversations, and with that, the stamina to dismantle our own biases, and the strength to confront that which would oppress another. No more, would’ve-could’ve-should’ve – we’re ready to respond.

Turning to One Another: Simple Conversations to Restore Hope to the Future, Second Edition by Margaret Wheatley, Berrett-Koehler Publishers, 2009

The Art of Coaching: Effective Strategies for School Transformation by Elena Aguilar, Jossey-Bass, 2013

Pollock, Mica; SchoolTalk: Rethinking What We Say About – And To – Students Every Day (Laying a Foundation for Equity), The New Press, New York, 2017

For White Folks Who Teach in the Hood…and the Rest of Y’all, Too: Reality Pedagogy and Urban Education by Christopher Emdin, Beacon Press, 2017

White Fragility: Why It’s So Hard for White People to Talk About Racism by Robin DiAngelo, Beacon Press, 2018

Between the World and Me by Ta-Nehisi Coates, Spiegel & Grau, 2015

Witnessing Whiteness: The Need to Talk About Race and How to Do It, Second Edition by Shelly Tochluk, R&L Education, 2010

Cutting School: Privatization, Segregation, and the End of Public Education by Noliwe Rooks, The New Press, 2017