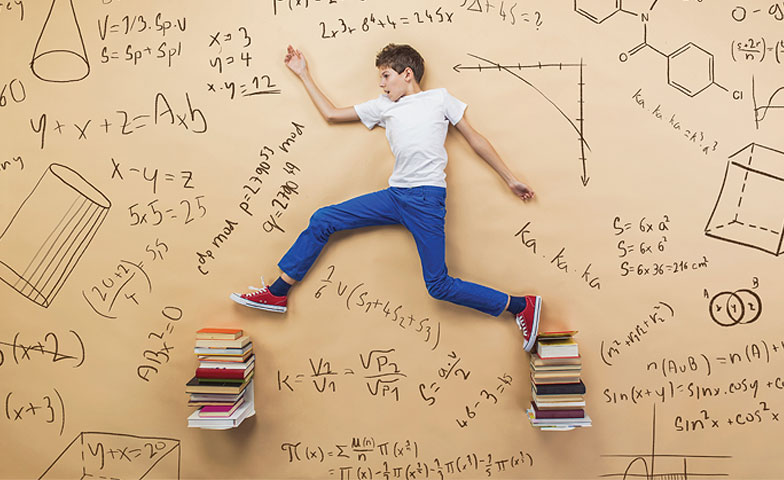 AMLE’s This We Believe calls for teachers to be engaged in active, purposeful learning in which students have the opportunity to engage in meaningful questions, formulate conjectures and hypotheses, and explore patterns and relationships. This depends, in part, on the instructor choosing a curriculum that is challenging, exploratory, integrative, and relevant. A particular challenge for middle level teachers in general is to find opportunities to make curriculum and instruction integrative, while meeting the other expectations for curriculum and instruction. Disciplines such as math and science, for example, while naturally complementary, have often been in “siloes” in schools. Often, contrary to the vision of This We Believe, school structures are not designed to encourage interdisciplinary planning that can support integration within and across classes. Ideally, grade levels could have interdisciplinary teams that focus on themes that can integrate curriculum across classes. In schools in which we place student teachers, however, this may not happen, as time for grade-level teaming is often taken up with discussing student concerns or other administrative matters. Without such support, both novice and experienced teachers have little opportunity to see models of how integration can be approached even within individual subjects.

This article provides several examples of how science and mathematics can be integrated in middle school classrooms. In these examples, the concepts and principles of the particular discipline in which the class is taught are central, while the second discipline is integrated in a supportive way. One of our goals is to show how integration can be accomplished through thoughtful curriculum and instruction when there is an expectation to teach and learn disciplinary content, and in schools where there is little time for ongoing interdisciplinary planning.

The Next Generation Science Standards (NGSS), which are quickly becoming the framework for standards and curriculum development in many states, present science learning across three dimensions: disciplinary core ideas, which constitute the traditional content to be learned; scientific and engineering practices, which describe the behaviors that comprise doing science; and cross-cutting concepts, the guiding principles like cause and effect and structure and function, which cut across scientific fields.

The Mountain Yellow-Legged Frog activity is a simulation of a real-world experience, where students are asked to serve as consultants to a nature conservation group that is trying to understand the causes of the decline in a species of frogs in the Sierra Nevada Mountains.

Students are given a set of data on the populations of frogs in lakes around the region over several years, a map of the region, a set of field notes that describe conditions in the different lakes, and a letter from the conservation group asking them to analyze the data, present graphical representations, and draw inferences about the causes of the decline.

Students have to decide if any descriptive statistics would be helpful (e.g., measures of central tendency, range), how they will represent the data, and how the mathematical data relate to the field notes. They write an informative and persuasive letter to the conservation group, summarizing their findings and recommending actions for conservation of the frogs.

This example addresses the disciplinary core idea of human impact on ecosystems, the scientific practices of using mathematical thinking, analyzing and interpreting data, communicating findings, cross-cutting concepts of patterns, and cause and effect.

Scientific questions can motivate the introduction and development of new mathematical ideas. Modeling with mathematics is one of the eight mathematical practice standards in the Common Core State Standards (CCSS), calling for students to identify important quantities, represent and analyze their relationships, and interpret their results in context. The following example considers how, in learning about lines of best fit, students can conduct an experiment and collect data they will then plot and interpret within a meaningful and engaging context.

In the CCSS, the statistics and probability standards for eighth grade include the example of a biology experiment in which students explore the relationship between the number of hours of sunlight to which plants are exposed and mature plant height. After conducting this experiment, the teacher can facilitate a discussion about what to do with these data by asking a question such as, “How can we create a representation that will help answer the scientific question about this relationship?”

In this way, the scientific question serves as an important motivating factor that guides the creation of a scatter plot and the need for a line of best fit. Significant statistical conversations can then be pursued around the questions of how to create lines of best fit and how to judge how well they fit, as well as around the question of how to interpret the slope of the line of best fit. For example, what does a slope of 1.5 mean, and how does it help to answer the original scientific question? Students will need to interpret the slope as a rate of change between the two experimental variables, where each additional hour of sunlight results in an additional 1.5 cm of height. Students can also discuss the appropriate domain and range for their line of best fit, recognizing that more than 24 hours of sunlight is illogical and inappropriate in this context.

Scientific reasoning can also be integrated into other key ideas of mathematics classrooms. A classic problem ecologists face when studying certain animal populations that live in a specific closed area, for example fish in a lake, is how to estimate the size of the population. A commonly used method to solve this problem is called the capture-recapture method.

Though there are different versions of this method with increasing levels of sophistication, the simplest version is based on comparison of ratios, a central idea in the CCSS and in middle school mathematics. Scientists capture a certain number of fish in the lake one day and tag them. Then they release the fish and let them mix with the rest of the population. Later, the scientists return to the lake and again capture a certain number of fish, some of which have been tagged, and therefore recaptured. According to the model, the ratio of tagged to untagged fish in the sample collected the second day is an estimation of the ratio of the tagged to untagged fish in the whole lake. Since the scientists know how many tagged fish are in the lake (those tagged on the first day) they can estimate the total population of fish by creating a proportion, in which the only unknown is the population.

It is easy to design an activity to illustrate this method and assess its accuracy, using small pieces of paper to represent fish, in a bag that represents the lake. Students should pick a certain number of pieces of paper from the bag and write an X on them to “tag the fish.” “Release” the “fish” back into the “lake,” and shake the bag, “letting the fish mix back with the whole population.” They then take another sample of “fish” and calculate the ratio of tagged to untagged. Assuming the sample is representative of the population, the proportion above can help them estimate the total number of pieces of paper in the bag, or population of fish in the lake. Having the possibility of counting all the pieces of paper, students can assess the accuracy of their estimation, and therefore the method. This activity not only allows students to experience how scientists think, but also to apply mathematical concepts in a meaningful context to answer important questions. This will help students make sense of what a ratio means and the ways we can use ratios to model the world around us. Conceptualizing mathematics in general as a powerful tool for answering scientific questions is an important goal for middle school mathematics and science education.

The examples we provide would be appropriate for integrating mathematics into a science class or science into a mathematics class. The examples also fit with contemporary visions of “integrated STEM education,” which many scholars conceptualize as an integrated approach that draws on knowledge in the disciplines to pursue solutions for real-world problems. As such, goals for literacy and humanities instruction can also be integrated into the activities we describe. For example, the Mountain Yellow-Legged Frog activity addresses literacy goals of informative and persuasive writing and incorporates geography.

Finally, while our examples specifically address opportunities for integrating science and mathematics, it is our hope they may serve as a model for teachers in all disciplines to think about ways they can make their curriculum and instruction more integrative.