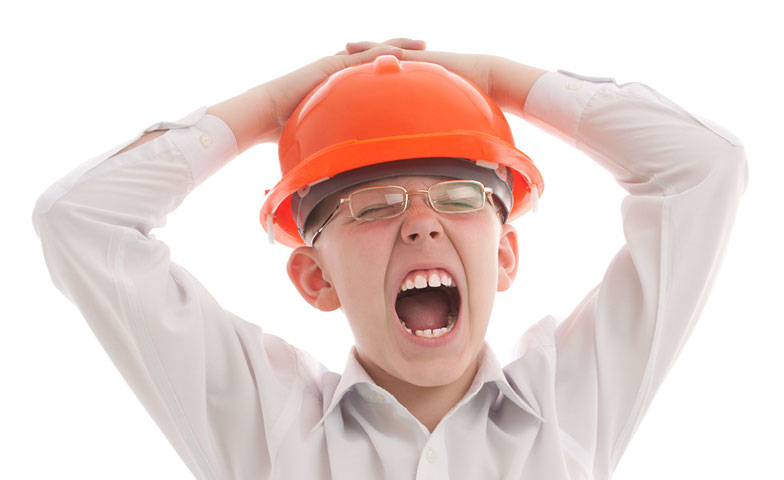 It’s time we get on the same page

Although based on a ridiculously small data set, my scientific opinion, given the available information, is that teachers are almost completely pacifistic, choosing discourse and debate over confrontation and conflict when a difference of professional opinion occurs.

The one exception: the subject of letter grading. Try to open a full faculty discussion on grading … I dare ya.

The hint of speculation on a rumor is enough to drive the weak into hiding behind vocabulary quizzes while the strong suit up in their philosophical armor, ready to battle to the death over the impact of plusses and minuses.

I myself have held nearly every possible position on the subject, seeing letter grades as motivational tools (the old carrot and stick theory); a way to rank my students from most to least successful (anybody remember norm reference?); meaningless feedback to disinterested parents (except when recording a B+ on a traditional A achiever’s report card); a holistic and impressionistic judgment on the work and behavior of a student; a poor adaptation of a point system (the cursed 100-point scale as well as the better, but still unsatisfactory, 4-point scale); and most recently, as codes signifying some level of satisfaction in the achievement of standards.

But, honestly, I’m not really sure what they mean any more.

The reason I’m writing is because I don’t think that we can go much further with the improvement of education in America without clarifying the meaning of letter grades. A colleague whom I love and respect once told me that an A equaled 90 percent. I asked simply, “90 percent of what?”

Another colleague, whom I also love, helped, “It’s 90 percent of the points available.” Why does 90 percent display exceptional understanding instead of 89 or 91? Thank goodness the bell for the end of lunch rang, or I’m sure I would have been wearing someone’s leftover alfredo sauce

Now, I know me, and I know that some of that interaction was for my own personal entertainment, but I think all of the questions I asked are legitimate points for discussion.

This is not to say that life is black and white. Life is an infinite shading of grays; but aren’t grades supposed to measure achievement? In the Boy Scouts (I was a City Scout but it still kind of counts.) we were rewarded with merit badges only after fulfilling specific requirements. How could you get a C in Fire Starting (large cloud of white smoke without discernible flame would have to be the rubric description)? You can’t. If you’re measuring achievement letter grades make no sense.

Perhaps we’re not measuring achievement. Perhaps we’re measuring a student’s progress along the educational continuum. This is where standards based definitions for the letters make sense. In this case the C student has not reached satisfactory levels of understanding but they have shown evidence of some learning. Awesome, I get it. They’re close to understanding something but aren’t quite there yet.

Cool … so … why … do … we … send students on to a new grade—with new content and performance benchmarks—when they haven’t learned the stuff they needed to know before they could learn the new stuff if they haven’t learned it yet? I’m sorry. I know. Please don’t say mean things about me. My mom might read this.

You know what? I’m ready for a Grade Czar. That person we put in charge of learning about something who then decides on the best actions to serve everyone’s needs. He or she should be some Green Beret, Ninja, Morgan Freeman principal-type person who can take in all the different points of view and make everyone do the exact right thing…like we did for drugs and terrorism.

Or, we can get the word out to everyone: teachers, parents, students, the media, politicians, labor unions, and business leaders. “Hey everybody!? We’ve got this fundamental problem with the way we judge our children. What do you want to do about it?” I’m cool with anything. I just want us all on the same page.