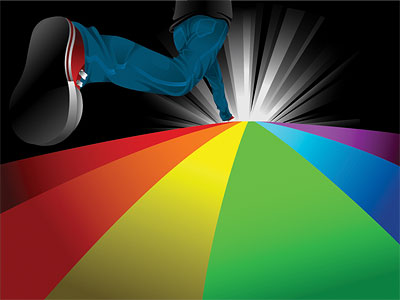 I have no idea what to do with him! Right now, he’s failing, but I know he can do the work. He questions me at every turn. He won’t accept anything without proof! He won’t work if he doesn’t like the project. Some days he’s like a dog with a bone. He won’t let go of a topic!

I finally told him yesterday that a certain conversation was over. So he laid his head down on his desk. I asked him a question, and he raised his head, answered it, and went back to laying his head down. Then I told him I was going to call his mother. He said, “When you find her, I’d like to talk to her too. I haven’t heard from her since she left last month.”

Educators often base interventions on an assumed set of external resources that the student may or may not have. For example, giftedness is a set of capabilities and behaviors associated with high intelligence. The range of intelligence is usually identified by IQ (intelligence quotient) and is based on the concept of a bell-shaped curve.

The extensiveness of the upper range makes identifying and quantifying intelligence difficult. Furthermore, a person’s environment can determine much of what one knows; IQ mostly measures acquired intelligence. To complicate things even more, the concept of “speed”—i.e., how fast one learns and processes—is part of the giftedness picture.

Many studies on giftedness identify intelligence by using a set of behaviors. However, these behaviors show up in the negative and in the positive. And many gifted students who are under-resourced—students from poverty—actually are seen as discipline problems because of the many negative behaviors often associated with giftedness.

What does it mean to be gifted as an adolescent?

Being gifted can be very uncomfortable for some adolescents—especially those who are under-resourced. The research indicates that many gifted students deliberately fail tests or fail to do homework so that they don’t appear to be too smart. There’s an axis of relationships/acceptance and achievement. At the middle level (and sometimes into high school as well), relationships and acceptance tend to trump achievement. Many of these students choose having friends over excelling academically.

Adolescents who are gifted can be unusually argumentative with adults, shoot holes in every argument, try extreme behaviors (see how many hours or days they can go without sleep, see how many friends they can get on Facebook), make unusual friends (“I just wanted to know what they were like”), quickly see through superficial or hypocritical adults, and engage in deviant social behaviors. Because they can process information so fast, they become bored easily and often think it’s the teacher’s duty to keep them engaged.

How can we support these students?

1. Provide alternative assignments for the handful of students who clearly need a different and creative challenge. For example, rather than answering the questions at the end of the chapter, ask the gifted students to write their own questions and see if they can “stump” their classmates. Instead of doing the math problems, the gifted students can write problems and questions that expand on the lesson. (You might use some of these on tests because they often are good questions.)

2. Have them make a list of 10 things they would like to be, do, learn, have in their lifetime. Encourage them to do research on their list. Gifted individuals often delve intensively into something, then when they’ve exhausted it to their satisfaction, they drop it and go on to something else.

3. Be honest. Tell them when you don’t know something. If they ask a question you cannot answer, say, “I think that’s a great thing for you to research; let me know what you find out.” If they tell you they’re bored, ask, “What particular thing about this topic would interest you?” If they don’t know, tell them they’ll need to do the current assignment until they have an idea of their own.

4. Help them make friends. When my son was in fifth grade, he came home from school and said, “Mom, I don’t have friends. I would like to have friends. Do you think it would be better to talk about Eastern or Western philosophy first?” I told him that probably neither of those would be a good idea. If he wanted friends, he needed to talk about what they were interested in. So we made a list of things he could learn more about so he could develop friendships. One thing that helped him tremendously was role-playing video games because they require players to develop their own characters and stories.

5. Last but not least, when gifted adolescents want to argue with you, teach them the rules of fair discourse and debate. Encourage them to stay with the ideas and argument without name calling or getting personal with criticism. Also urge them to focus on specifics, to ask good questions, and to find ways to buttress the validity of their argument.

If we can infuse gifted adolescents with a passion for and interest in particular ideas or subjects, they likely will carry that passion for learning with them the rest of their lives. This truly is a gift—indeed, a gift for the gifted.

Ruby K. Payne is an educator, author, and founder of aha! Process, Inc. (www.ahaprocess.com). She is a featured presenter at AMLE2013. Her newest book, Under-Resourced Adolescents, published by AMLE will be available this November.
rpayne@ahaprocess.com
www.ahaprocess.com