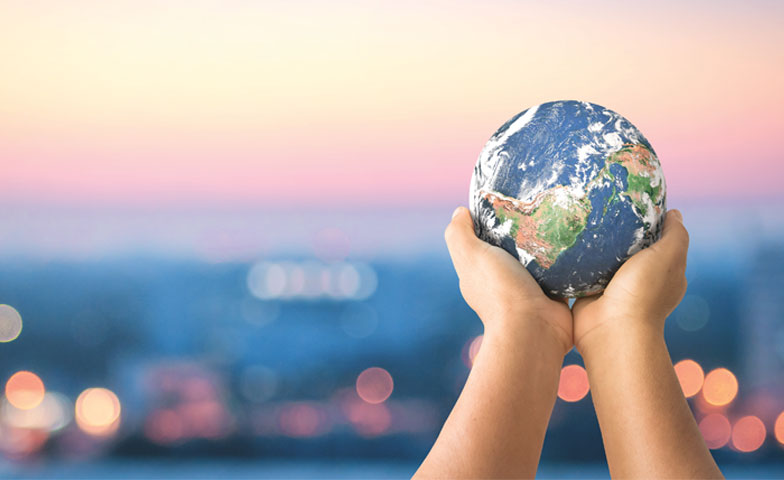 Asking—and listening—to our students pays off

Last night I saw the play Dear Edward Hansen with my 14-year-old eighth grader, Zoey. It’s amazing, of course, but one thing that really struck me was the audible sobbing during the show. This is a play about a suicide, social media, mob mentality, and absolute loneliness, so tears were inevitable. However, this was not just a sniffle, but very frequent heartfelt sobs. The theater was filled with middle school kiddos and their families, and I was astounded by the heaviness of the whole experience. It was cathartic, yes, but there seemed to be something else.

Flash-forward to this morning. As my daughter and I drove to school, and I contemplated this column and what “social responsibility” meant to a middle schooler, I decided to just ask Zoey and see what she said. “I don’t know. I mean social responsibility can’t be done alone by kids. They need adult help. I guess, I mean, thinking about the play last night, like why we all like it, is that it kinda puts the kids in charge of something. Just take care of each other.

So that’s it. The real “social responsibility” in middle school terms just might be “take care of each other.” Zoey was right. She can’t buy things without our money and can’t get places without adult help; most teens are in the same situation. But, as we approached the middle school this morning, it occurred to me that the lesson I will bring to my students from now on isn’t one of taking on impossibly large and involved tasks, but instead, take care of each other.

The popularity of 13 Reasons Why and Dear Evan Hansen, as well as a resurgence in interest in Heathers—all involving suicide—leads me to believe that this profound loneliness in the midst of constant connectedness via screens might be a generation-defining issue. What if, as educators, our response was a full and intentional emphasis on the social responsibility we have as small (classes) and large communities (the entire social media world) to just take care of each other.

This means saying hi to someone lonely. Giving compliments when we can. Being kind when it is a stretch. Never excluding. Risking a little of our own selves to take care of each other. I’m optimistic that this is a kind of social responsibility that will resonate with middle schoolers: autonomous, specific, and based on the sobs I heard, a need they understand.