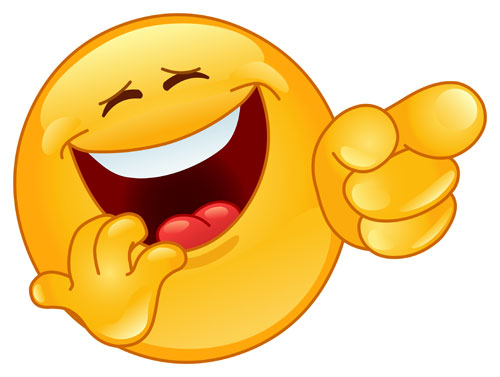 I am happy to report that middle school humor is alive and well.

In fact, I think it has ticked up a couple of notches in the quality of verbal irony and social commentary since my days as a young adolescent. When I was 11 years old, my friends and I thought jokes about all things gastrointestinal were the apex of hilarity. Between class, before class, after class, and yes, even during class, if we could crack each other up with a well-timed fart joke, we thought we had really accomplished something special.

And as a middle school teacher and administrator, I find myself giggling about something a sixth grader said in the hallway one afternoon or some joke an eighth grader tried to tell in class one year. Young adolescent humor can be so unexpected, so quirky, so wacked, so illogical, so funny, so … well, middle school. And thank goodness.

Therefore, as one who appreciates this special brand of humor, I decided to do some very serious research about it—with my own sixth grade son. At the dinner table recently, after watching him shovel over-sized bites of chicken into his mouth, I asked, “So, what are kids saying at school that’s funny? What’s some slang or some jokes you are learning at your school?” He chewed. He thought. He chewed some more. He thought some more. And then it happened. Suddenly, he pushed back his chair from the table and stated, “Well, Dad, there’s this.” He stood up, jutted his arms out with hands extended and focused on an invisible object, and evoked a loud, eager, and daring question: “WHAT ARE THOSE?!”

After a brief pause to burst out laughing and absorb this piece of dinner theater, we asked what that was all about. He explained that kids were coming up randomly to kids in the hallway between classes, pointing at their shoes and asking that very pointed question. After my son gave that explanation and sat back down to continue eating, we paused and decided to dig deeper into the curriculum (and collateral damage) of middle grades humor.

What are jokes to middle school kids? Whether they are silly or slanderous, jokes are cultural currency that students can spend. Like a crisp dollar bill, they tuck that new joke or slang term in their behavioral back pocket and throw it out there when they need to—to look funny, to look cool, to fit in, and, unfortunately, to put other kids down.

Because young adolescents are constantly negotiating their identity, a joke can act like a powerful lever to turn a situation in their favor. That’s why even the nicest students sometimes try out the most harmful jokes; they are trying out a lesson in the curriculum of middle grades humor.

What are the consequences of jokes? Jokes—the benign and the malicious—spread because the fallout, the collateral damage, often goes unseen. As aforementioned, figuring out the answer to “where do I fit in?” is a paramount concern for our middle grades kiddos. Therefore, saving face—preserving that identity—is also essential.

As a result, when a student tells a joke on another kid, the “jokee” may smile and laugh along with the “joker” at school, but then he or she may go home and cry because they were crushed by what happened. And they will never tell anyone (especially the joker) about that harmful, hurtful consequence. And that kind of bruised silence is deafening.

What should we do about jokes? Of course, not all jokes are hurtful; some are just goofy and funny. Thus, context is everything. Appreciate and consider who is telling the joke, where the humor is coming from, why he or she is telling it, to whom or what is it directed, and for what audience, and then get kids to talk about the underlying messages of a joke.

Many students need support with humor because they may not fully understand that a joke is a tool—and that any tool can be used as a weapon. With the “What are THOSE?!” joke, for instance, there are layers of hurtful social commentary about social class, money, and even personal style that need to be peeled back for our students.

And while we were able to start that conversation at the dinner table with our son, all families need support from the school house, as well. If a harmful joke becomes a pervasive element in classrooms, hallways, the cafeteria, online, and elsewhere, it’s up to middle level teachers, leaders, and the school community to listen in, step up, and get kids talking critically about the curriculum of middle grades humor.

Dru Tomlin is director of middle level services for the Association for Middle Level Education.