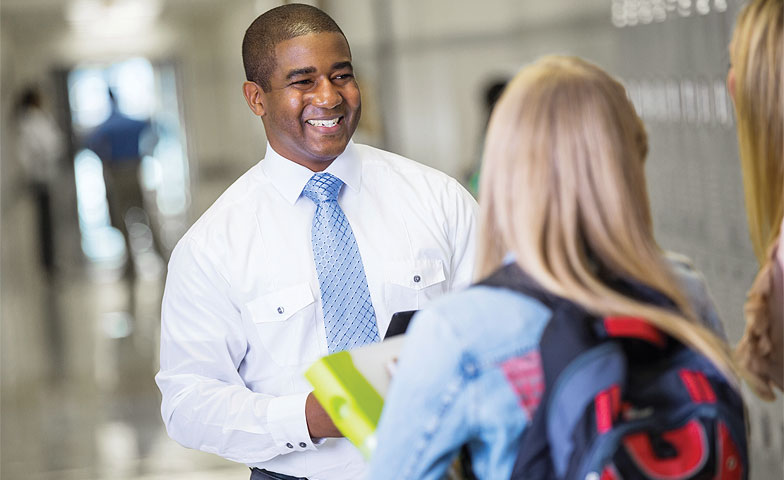 Revisiting the value of informal teaching beyond planned instruction.

Wayside teaching was first introduced in the May 1987 “As I See It” column in the Middle School Journal—30 years ago. Here is a slightly modified version of it, particularly for all those educators who came to the middle school more recently.

Formal, organized instruction is a well-established component in the educational process. The important place that planned instruction has in the school day is clear; bells often signal the beginning and the end of the time allotted for for structured instruction.

While recognizing the proper place of formal teaching in the educational enterprise, I believe there is so much more to teaching than organized instruction. The more influential aspect of middle school teaching is what I have come to call wayside teaching.

By wayside teaching I mean the teaching that is done in dozens of one-on-one encounters during class time—subtle reminders, probing questions, individual challenges extended, earned commendations—and in out-of-class contacts in the hallways or elsewhere.

When all is said and done, what is said informally and casually may have more impact on a person’s behavior than what is said formally while instructing a class. A response to a student’s non-academic question, given spontaneously and without particular forethought, can have great impact. In terms of effecting behavior, such a response may be the most influential act a teacher performs all day. Wayside utterances are often heard at a deeper level than classroom pronouncements.

Fortunately, middle level teachers do not think of themselves as “on duty” only when standing in front of a class. The casual walk with a student on the way to a student council meeting is recognized as an opportunity to further the personal relationship that underlies true excellence in middle level education. The unplanned after-school encounter with a discouraged student is seized as an occasion to express caring and offer a reassuring word. Even a surprise meeting in the mall on a Saturday is seen as a chance to communicate a genuine interest in a student as a worthy person.

Wayside teaching, however, is neither as casual nor as completely accidental as it may appear. Preparation of the heart as well as the mind has to precede it. If teachers have credence with students, opportunities to connect with them will happen automatically and regularly.

While the occasion may come up suddenly and unexpectedly, the quality of the relationship preceding the conversation will reflect a bent of the heart and spirit that was a long time in the making.

Middle level educators cannot evade the responsibility that is inherent in their personal example—and they shouldn’t try to. While they may not dwell on it a great deal—that would seem self-righteous, even egotistical—they need to be sensitive to the lasting effect their behavior has on students.

Our conscious influence, when we are on dress parade, instructing a group, playing the traditional role of teacher, may be relatively small compared to the impact of our wayside teaching.

The silent, subtle radiation of one’s personality, the effects on one’s spontaneous words and unplanned deeds apart from those times when one is in front of the class have great impact. One rarely becomes a “significant other” on the basis of actions when formally instructing, whereas in wayside teaching one is most likely to influence, significantly, the lives of students.