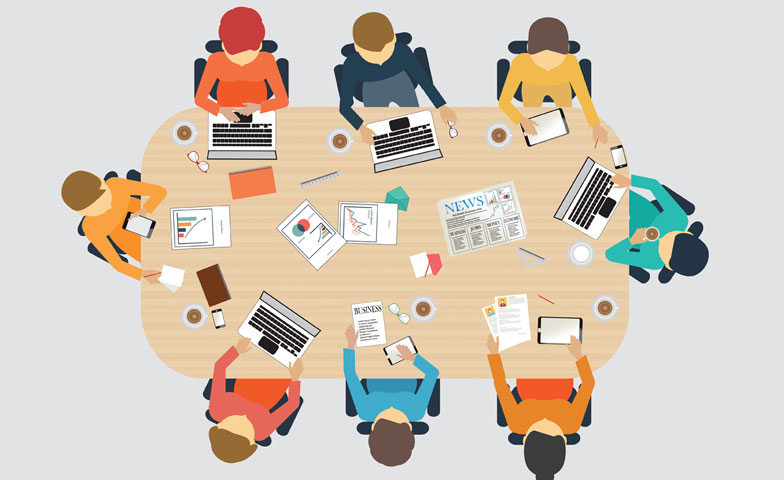 A commitment to understanding assessment for learning changed this school’s culture.

Much of today’s conversations around assessment include discussions about standards-based grading. Missing from this dialogue have been anecdotes about schools that have successfully made the transition from “traditional” grading to something different. Rock Quarry Middle School in Tuscaloosa, Alabama, did just that.

Last year, Rock Quarry Middle School (RQMS) completed the second year of implementing its grading manifesto. The manifesto, written by the school’s leadership team and adopted by the entire faculty, is a public statement of our belief that learning for mastery is our primary objective and that grades should communicate students’ status on their path to mastery.

The manifesto has three key components:

The manifesto is the result of a schoolwide collaboration that began with a change in culture.

Before implementing standards-based assessment schoolwide, not only was our instruction not driven by content standards, our assessments were shallow at best. Tests asked students to recall facts rather than show understanding.

What’s more, we allowed students’ grades to be influenced by factors other than academic achievement. For example, some teachers gave extra points to students who donated a box of facial tissue or an extra pack of pencils. Accordingly, students’ grades reflected their parents’ household income … how many facial tissue boxes or packs of pencils their parents could afford.

We were open to the possibility of making a change for a variety of reasons. The climate of the school was not comfortable. People were angry much of the time. They complained a lot. It was simply not a positive work environment. We also were beginning the process of implementing Alabama’s College and Career Ready standards, based on the Common Core State Standards.

These factors and others provided the catalyst for changing the way we understood and implemented student assessment.

A Commitment to Learn Together

At the beginning of the summer of 2012, as part of a leadership retreat, school leaders read and discussed Rick Stiggins’ ETS/Assessment Training Institute article “Assessment FOR Learning Defined,” then presented key components of the reading to the entire faculty. Through this exercise, the leadership team took ownership of the ideas that they subsequently shared with their colleagues. At the close of the retreat, each teacher signed a commitment to participate in the process of learning about assessment for learning as a faculty (Figure 1).

Each teacher joined one of three book study groups. The books were Transformative Assessment

in Action by W. James Popham, Classroom Assessment and Grading That Work by Robert Marzano, and Seven Strategies of Assessment for Learning by Jan Chappuis. Each book introduces grading practices that support assessment for learning, such as replacing the 0–100 grading scale with a 0–4 scale that describes mastery status.

The schoolwide book study was not typical of book studies imposed on the faculty in the past. We didn’t have assigned chapters to read every week. We read the book at our own pace.

For example, some teachers began to make formative assessments a formal (rather than observational) part of their lessons. Others enhanced the feedback they provided to individual students and to entire classes. Still others bravely attempted to use grading scales other than 0–100 (and then convert the scores to the 0–100 scale to meet district reporting requirements). Grade-level teaching teams began discussing their successes and failures and tinkering with other assessments.

The formal book study groups and faculty meeting presentations inspired ideas, but these were not the key elements in moving the conversation in a direction that eventually led to the grading manifesto. The embedded, informal trial and error and collegial conversations prompted the faculty to act together to enhance student learning. We changed our emphasis from comparing students to helping all students successfully master standards, and we adopted the practice of assessment for learning to support that goal. Along the way, the conversation moved from assessment for learning to standards-based assessment of mastery.

In the spring of 2013, the leadership team dedicated one of its monthly meetings to discussing the collective progress of the faculty in terms of this shared learning. The overwhelming consensus was that teachers were ready to move forward from study/theory to practice. Indeed, as already noted, many teachers already had begun to implement ideas they were learning on their own.

The principal prepared the first draft of what would become the Rock Quarry Middle School Grading Manifesto. During the closing months of the school year, the leadership team reviewed the proposal and discussed it with colleagues. The manifesto was finalized and formally adopted by the faculty at the end of the school year.

During the end-of-the-year faculty meeting, small groups of teachers discussed their collective readiness to formally commit to the ideas articulated in the manifesto. The answer was an enthusiastic “yes.” Each member of the faculty was invited to sign a poster-sized copy of the manifesto—it is displayed

in our front office today.

The homework included watching a series of short videos by Rick Wormeli that make the case for standards-based assessment and reading blog posts from others that offered practical suggestions for implementation. Some teachers reflected on the homework and played with the ideas asynchronously via Twitter. At the end of the summer, many had drafted assessment plans to implement in the coming year.

We began implementing the grading manifesto at the beginning of the 2013–2014 school year. We also initiated an intensive professional learning group program to provide a forum for planning and reflection to support the assessment initiative. The year was a messy but meaningful growth experience that ended with solid plans for continuing and expanding our assessment initiative into its second year.

The grading manifesto has not been a silver bullet for our school. The process of figuring out how to apply these ideas frankly has been very challenging at times. We have had many very difficult discussions as a faculty. We have struggled to distinguish between traditional practices and highly effective ones. Some of our attempts to change simply have not worked well. At times, the effort has even created an air of tension as teachers wonder if their own learning and rate of change is “good enough.”

Because we committed to this process together, however, our school is in fact much different than it was three years ago. Studying and implementing exemplary grading practices has changed just about everything about the school.

Grading has become our core focus, but as we grow in that area, we recognize that we must also grow in other areas. Collaboration between teachers has become a high priority; teaching and learning that spans multiple content areas is becoming the norm for us. We are increasing our emphasis on hands-on learning, driven by the belief that deep and authentic learning requires doing.

We have become known as the “technology school” in our area. Accomplished teachers make thoughtful decisions about the learning tools they select. Because technology offers so many powerful options for learning, we are dedicated to developing our own proficiency in the use of those tools.

Anecdotally, this process has had a significant impact on our students, including:

We believe that there are several keys to the success of this initiative. The initiative was a true collaborative effort and the school’s leadership team played a critical role. We started with a simple mandate—to learn together about one big idea, assessment—and took our time with it. The professional learning groups that have become a standard part of what we do allow teachers time for exploring ideas and reflection.

The grading manifesto set ideals but not specific guidelines for practice, which has allowed teachers to individualize the ideals in their classrooms. Teachers are accustumed to change imposed mostly from the outside. Self-imposed, collaborative, sustained action that is different from what came before is an altogether different experience.