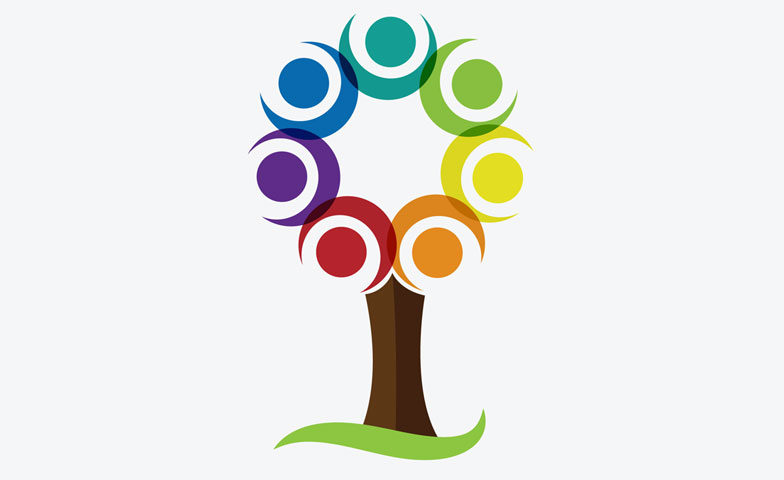 The Association for Middle Level Education (AMLE) emphasizes the importance of creating a successful school for young adolescents that is inviting, supportive, safe, and joyful in order to support students’ emotional well-being. As a middle level teacher educator, it has become apparent that teaching future educators the power of leading the restorative practice of community circles in the middle school classroom is just one powerful way to build healthy relationships in a classroom community. Further, as a Professional Development School (PDS) liaison who actively observes community circles in practice and who leads community circles with my own middle school teacher candidates, I can attest to the power of the community circle.

It is a Monday morning in October. A group of chatty, eighth grade students walk into Mrs. Silverman’s classroom. Several students are already in the room. Jon and Bryan are two of those students. They do not get along. They are like oil and water. If you ask their peers, they’ll confirm it. A friction follows the boys throughout their day and they are in several of the same classes together.

Like many of their peers, Jon and Bryan were best friends once upon a time when they entered sixth grade just two years ago, but have since grown apart. Jon has found friends with others who love music as much as he does, and he can be found practicing with his band every chance he gets. Bryan has exceled on the soccer field. He is everyone’s first pick in gym and he is the team captain of several intermural sports.

As the bell rings, the students promptly place their backpacks by their desks and move their chairs into a large circle, large enough to seat 21 students. It is a quick movement. What may appear as chaos at first glance is, in reality, a well-orchestrated set of motions that have been rehearsed time and time again. Jon and Bryan pull chairs on opposite sides of the circle and take a seat.

Students are very aware of Mrs. Silverman’s classroom expectations and routines. Monday morning circles are one of those. “Good Morning everyone,” says Mrs. Silverman. “Good Morning Mrs. Silverman,” chirps a chorus of students. Mrs. Silverman continues, “Today I’d like to open our community circle by asking: What is something we are excited about concerning our upcoming eighth grade team talent show on Friday night?” Mrs. Silverman passes the talking piece, a hot pink and blue squishy ball, to her right. The circle begins.

What Bryan and Jon, as well as the other students in Mrs. Silverman’s class, do not realize is that the community circle question Mrs. Silverman posed to the class this Monday morning has been crafted with intention. Mrs. Silverman knows that Jon and Bryan do not get along and she knows that recently there has been a particular tension between the two. But she also knows that her eighth grade team of teachers and students have been working hard on their upcoming talent show for the school. She knows the students are excited for this event, and despite their different talents, Mrs. Silverman has a feeling that both Jon and Bryan are excited to highlight theirs this Friday night at the talent show.

Why does this matter? Because as the community circle unfolds, each student shares why they are excited for the talent show. Jon happens to receive the talking piece first because he is seated to the right of Mrs. Silverman. When he does, Jon says he’s excited about showing off his talent for performing the most consecutive knee juggles of a soccer ball on stage. As she listens to Jon, Mrs. Silverman looks across the circle at Bryan. She observes him give a quick glance across the circle at Jon and smile. A small moment, but an important one. Because after Jon contributes, the talking piece is passed to his right and to the next student’s right until it reaches Bryan who also shares his excitement, but for playing a drum solo with his band. Again, Mrs. Silverman looks out, but this time at Jon who she notices has also looked across the circle and has nodded in acknowledgment of his old friend.

So what’s the big deal? It’s just one question. But is it? There is power in the restorative practice of community circles that Mrs. Silverman has led with her class this Monday morning. She understands that Jon and Bryan are struggling in their relationship, and that perhaps others are experiencing social struggles. After all, they are young adolescents. By creating a question that results in the exchange of common feelings, individuals who think they no longer have anything in common might just realize that they aren’t such polar opposites after all. Will this result in Jon and Bryan becoming best friends again? Probably not. However, the tension that exists between the two might be relieved as a result of one community circle.

The students in Mrs. Silverman’s classes enter her room with a sense of calm and safety. They know that they will start their day in a space that invites them to express their feelings, and that their voices will be received with respect from the entire classroom community. Mrs. Silverman has built a healthy and safe community by implementing the restorative practice of community circles.

At a conference I attended on the topic of Restorative Practices (RP), the facilitator mentioned that teachers don’t have classroom management problems. They have community relationship problems. What occurred in Mrs. Silverman’s classrooms is the restorative practice of community circles. According to Ted Wachtel, the International Institute for Restorative Practices founder and president (2013), “the use of restorative practices helps to: reduce crime, violence and bullying; improve human behavior; strengthen civil society; provide effective leadership; restore relationships; and repair harm” (p. 1). There are many specific ways to address the proactive, community building piece of restorative practices. Community Circles is one of them.

There are also important implications for teachers. Community circles provide teachers a window into the social, emotional, and academic needs of their students that they otherwise may not learn. Teachers can use this data to build lessons that respond to the needs of the community expressed in the circle. By creating time each week or even daily to come together in community circles, many important social-emotional building skills are learned and healthy, respectful classroom communities result.