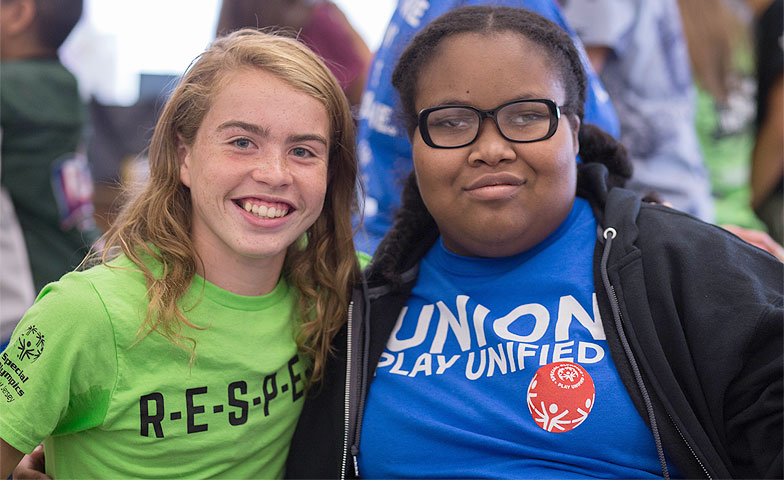 There is growing research demonstrating that students perform better academically, socially, and emotionally when they are meaningfully engaged, contributing members of a school with a positive, caring, equitable school climate. As adults, we often think we are the architects of a school’s culture, but we underestimate the influence and impact students have on their own school community, particularly when they are trusted and involved in school climate improvement efforts from the outset.

Cardillo (2013), states, “Consistently and deliberately supporting students to be engaged as co-leaders and co-learners is an essential requirement for successful school climate improvement efforts. It is a trite truism to envelope our school climate reform efforts with the phrase ”it’s all about the kids.’ As we examine our existing policies and procedures, are we able to truly state that students played a significant role in shaping the integral parts of determining what we want our school to be? All too frequently, the norm has been to initiate and implement first, and to inform students and ask for input after the fact.”

To effectively support students in becoming active members of their schools so that they may positively impact the school environment, we must look at the contributions of all students—not just a select few. Youth engagement and socially inclusive practices are critical underpinnings of an equitable learning environment for all students and for a positive school climate.

Social inclusion is at the heart of the Special Olympics Unified Champion Schools program, which unites students with and without disabilities in leadership and prosocial activities that result in more inclusive and accepting attitudes and school climate. According to a 2016-17 evaluation report by the Center for Social Development and Education at the University of Massachusetts Boston (CSDE), school staff reported that the Unified Champion Schools program has a significant positive impact on school climate and culture:

While adults work with youth to initially identify activities supporting the development of a socially inclusive school climate, as the Unified Champion Schools program is fully implemented, students tend to identify new activities to address specific issues in the school. As the eyes and ears of a school community, students experience the school’s environment directly—and differently from adults—which places them in the best position for driving necessary change.

There is a direct correlation between social inclusion and school climate, but the manifestation of that relationship varies from school to school.

For example, students with and without disabilities at Burnet Middle School in New Jersey, one of the state’s largest, most diverse middle schools, have used the Unified Champion Schools program to make their school more inclusive and the environment more supportive. No longer alienated in the school, students with intellectual disabilities meet daily during homeroom with general education students to socialize, plan activities, and develop skills as leaders and ambassadors for inclusion in their school.

Throughout the year, the students volunteer and fundraise for important causes. Special education teacher and Unified Sports coach, Diana Pielech, says that the experiences associated with Unified Champion Schools programming have provided Burnet Middle School students with opportunities to be part of something bigger. “These are life-changing experiences for both students with and without disabilities.”

At Mesa Middle School in Colorado, the climate and culture of the school and community have greatly changed to be an inclusive environment for all students since the start of the Unified Champion Schools program. The school’s Unified Club meets monthly and includes a group of dedicated students working toward the same goal: to make a difference in their school and in the lives of students with special needs. Their efforts include participation in the nationwide Spread the Word to End the Word annual campaign, which encourages students to speak up about the R-word, ask questions, and learn the harmful effects of using derogatory language.

At Taveras Middle School in Florida, the Unified Champion Schools program is fully implemented to promote social inclusion for people with intellectual disabilities through inclusive or Unified Sports, inclusive youth leadership, and whole school activities such as a disAbility awareness day involving the entire sixth grade class, or the annual Spread the Word campaign encouraging students to sign a poster in a pledge to stop using the R-word.

Students wear R-word T-Shirts, and they make public service announcements about the importance of using respectful language. The school’s Unified Club goes on annual field trips to increase the bonds of friendship among students with and without intellectual disabilities.

A banner signed by students pledging not to use the R-word.

During a three-year collaborative study between the National School Climate Center (NSCC) and Special Olympics, the relationship between Unified Champion Schools programming, social inclusion, and overall school climate was explored. According to the study, Special Olympics Unified Champion Schools, compared to schools without inclusive programming:

While the NSCC’s findings were only correlational, there is a consistent pattern indicating that Unified Champion Schools programming is associated with inclusive school climate practices and an increased sense of social inclusion that is not limited to students with disabilities, but also extends to other underserved groups (Duffee, 2017, 3).

Still, at the center of this work are youth. As reported by the CSDE, inherent in the Unified Champion Schools program is the idea that change starts with youth, and that youth with and without intellectual disabilities are the leaders—making their school communities more inclusive. Middle school staff and students believe that the Unified Champion Schools program empowers all students to become leaders; and that these leaders’ experiences help students learn valuable social and emotional skills like mentoring, interacting with new people, accepting others, learning from their mistakes, and taking on responsibility.

With an investment in youth as leaders impacting school climate, and an interest in serving as a resource and ally for middle level educators, Special Olympics has released its Unified Champion Schools Middle Level Playbook. Designed as a how-to guide for Unified Champion Schools program implementation, the Playbook emphasizes inclusive youth leadership as the foundation for creating a socially inclusive school.

The Playbook is an example of a tool that can be used to equip students as we work with and beside them to gain insight into their perspectives; offer opportunities to lead the school in ways that directly impact them; and collaborate on making the school’s climate supportive, inclusive, and respectful. Youth can bring voice and action that provide positive impact and energy within a school. We only need to offer them that opportunity.