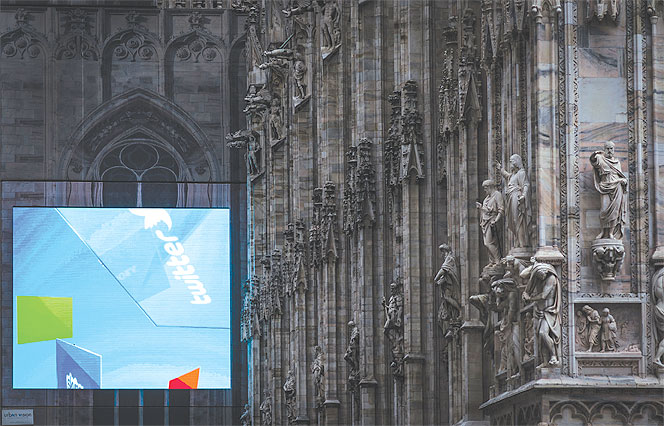 A majority of the students at my inner city middle school in Ohio are eligible for free and reduced-price lunch. Many are not able to travel beyond their neighborhood or venture outside the city in which they live. How can the content we cover in class have any sort of meaning for them when they have such a limited view of the world?

My students need to experience the world from a global perspective. Because field trips are out of the question, I turned to technology and developed a distance-learning component using whiteboards, Chromebooks, iPads, and a solid Internet connection. 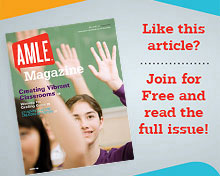 I looked at my eighth grade social studies curriculum map and began making connections. We were going to study the Declaration of Independence, so I could somehow connect with the National Archives. For our study of the branches of government, I would reach out to the U.S. Capitol, the White House, and the U.S. Supreme Court. If there was an “expert” on a particular topic, I wanted that person to talk to my students.

I began with the National Archives. When I asked whom I could speak with about a distance-learning event for my students, the employee took my name and said someone would get back with me. I felt deflated, believing my quest would end before it began.

But one day, my phone rang in the middle of class. It was Missy McNatt from the National Archives and Records Administration. I explained that I wanted to create a distance learning opportunity for my students so they could learn more about the Declaration of Independence. Ms. McNatt said she would be delighted to talk to my class—this would be her inaugural Skype session with a group of students.

She presented a content-rich experience that made the history of the Declaration of Independence come alive. What’s more, my students were able to ask her questions. One student shared, “Being able to talk to someone who works with the document allowed me to have a greater understanding of the Declaration of Independence. She presented information in a way that was more engaging than a lecture in the classroom or reading from a textbook.”

My students were thoroughly impressed by the session and asked if they could do something similar again. I was determined to bring them the world.

I sent an email to the U. S. Capitol website inquiring whether someone could talk to my students about the congressional powers described in Article 1 of the U. S.Constitution. Within a day or two, I received a reply from Ellen Stanton, the public programs coordinator at the U. S. Capitol Visitor Center. She shared that they had never done a Skype session with a school, but they were interested in trying it.

Ms. Stanton sent the students pocket copies of the U. S. Constitution and a graphic that showed the evolution of a specific bill that had been passed by Congress, vetoed by the president, and overridden by the Congress.

Prior to the Skype session, students prepared questions based on their research about Article 1. I emailed those questions to Ms. Stanton so she would be prepared to answer each of the students’ questions and present them with relevant information.

One eighth grade student commented, “It was great to talk with Ms. Stanton…. Seeing pictures and hearing her explain the process a bill goes through has helped me to have a better understanding of Congress and the role they play within the federal government.”

Thirsty for more, the students asked if we could talk to someone at the White House. I reached out to Courtney Speckmann, the director of education at the White House Historical Association, a nonprofit organization that works to preserve the history of the White House. She was able to take my students through Article 2 of the U. S. Constitution and share with them the responsibilities of the U. S. President, as outlined in the article.

Prior to the Skype session, Ms. Speckmann sent pictures of different presidents involved in the various responsibilities outlined in Article 2. Students then researched what they thought the president was doing in each photo. They were more engaged and more dedicated to the work than ever before because they wanted to make a good impression during the Skype session.

Ms. Speckmann had the students take the Presidential Oath of Office and provided them with a wealth of information. One student said, “I loved Skyping with her! She had great interactive activities for us, and she was easy to talk to.”

My seventh grade students began giving me a hard time about not having an opportunity to Skype. So I set out to find someone who would talk to them about European history. I knew this would be a challenge due to the time differences. 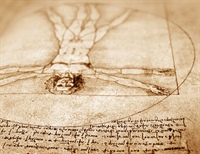 The Renaissance came alive as seventh graders talked with the curator of the da Vinci museum in Florence, Italy.

Our next unit was the “Leaders of the Renaissance,” and because Florence, Italy, is the birthplace of the Renaissance, I started searching for museums in Florence. I took a chance and emailed the Museo Nazionale della Scienza e della Tecnologia Leonardo da Vinci. I received a message from Claudio Giorgione, the museum curator, stating that he would be delighted to talk to my students. He called me to talk through the details of the Skype session, and I shared with him everything the students had been learning.

When it came time to Skype with Mr. Giorgione, my seventh grade students were excited and nervous at the same time. One student said, “I couldn’t believe we were going to be talking to someone who lives and works on the other side of the world! It isn’t every day that we get to talk to someone across the ocean!”

During the hour that my students spent with Mr. Giorgione, he shared his extensive knowledge about Leonardo da Vinci. Each student was able to ask him questions about da Vinci’s contributions to the Renaissance and his impact on modern society.

Mr. Giorgione was a phenomenal addition to the curriculum, and this particular event opened my eyes to the fact that the world truly is available to my students. By thinking globally, I was able to bring it to them.

Dan Jones is the seventh and eighth grade social studies, reading, and language arts teacher at the Richland Academy School of Excellence in Mansfield, Ohio.