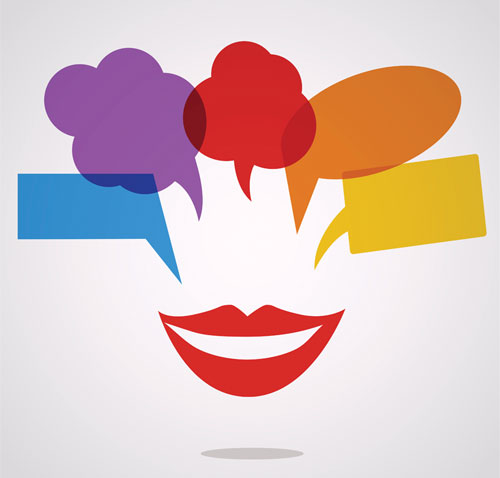 Before they ever step into their very own classroom, middle school educators should have a realistic picture of the characteristics that make up effective middle level education and the unique qualities of young adolescents. This preview may reveal early on that teaching young adolescents isn’t really what they want to do, after all.

As a teacher educator, I created a course for our secondary education majors that focused specifically on middle level education and young adolescents. This course included back-to-back six-week middle school and six-week high school field experiences.

One of the course requirements was that students take a perceptions survey and maintain a journal about their middle school experience. I wanted to determine whether these secondary education majors changed their attitude about teaching middle school after their field placement experience.

At the end of their placement, they wrote a paper summarizing their experiences and indicating whether their attitudes about teaching middle school had changed. Their reflections proved interesting.

Saying No to Middle School

After their six-week middle school field experience, 40% were adamant they did not want to teach middle school. They referred to the students as childish, uninterested in school, and nonstop chatterboxes.

One student shared, “More than 90% of the students tested my boundaries in one way or another; some students tried this daily.” Another wrote he was “shell-shocked” during the middle school experience. Yet another stated, “There were so many questions asked, most of which had nothing to do with the topics being discussed.”

Some students were very descriptive in their opinions about young adolescents. One stated, “From day one I knew these students were as vicious as ravenous dogs sniffing weakness.” Another noted, “They were like bombshells ready to explode at any given moment; just about anything could set them off.”

My students were disturbed that the middle school students did not seem to care about learning; they were only concerned with maintaining their reputations among their peers. One noted, “To them, they are the center of the world.”

On the other hand, 60% of the students indicated they would like to teach middle school, which reflects a 36% positive increase in students’ attitudes prior to their field experience. Many of the majors expressed their delight in middle school students, showing a genuine interest in the content and the interesting questions they asked, although some of them were “wacky, off-the-wall questions.”

They also commented on middle school students’ energetic spirit and enthusiasm to learn. One major wrote in her journal, “I was terrified going into this experience because I already knew that I definitely wanted to teach high school. Let me take this opportunity to put into writing how absolutely WRONG I was to make this assumption.”

An education major who became excited about teaching middle school wrote, “I learned much more in a middle school classroom than being in a high school class. I did not think I would like this age group, but I ended up just wanting to hug them every time I saw them.”

Some education majors were challenged by the young adolescents’ behaviors, but most said the middle school students’ behavior typically involved talking, passing notes, and getting out of their desks to move around.

All of the education majors addressed the reality of young adolescents being social creatures who need to be socially accepted by their peers. One wrote, “They care so much what their friends think of them.”

All my students noted how the young adolescents wanted to know everything personal about them; some found this enchanting, others annoying. One student shared, “When I arrived at school I was asked why I was in college, what brand my shoes were, and what kind of lip gloss I was wearing.” The kids asked them what they did on the week-ends, whether they went to college parties and drank beer, who cut their hair, and where they bought their clothes.

The Importance of Focus

This course immersed the education majors in the history and philosophy of effective middle level education and focused on the stages of early adolescence. The split field placements allowed them to experience the middle school and high school environments back to back. Keeping a journal of their experiences prompted them to reflect on which level they believed they would be the most effective as a teacher.

Many universities have one course that focuses on both middle school and high school, but I don’t think this is adequate to address the growing body of research on middle level education and young adolescents. At least one full semester should be devoted to preparing future middle level educators to meet the physical, emotional, social, and intellectual needs of this diverse and unique group of learners.

In addition, the education majors were able to connect the university course content to the practicality and applicability of teaching young adolescents in middle school. It was thrilling to hear the education majors share that some of their field placement teachers were not implementing some of the best practices they learned in the university course. (It wasn’t thrilling that the teachers were not being effective; it was thrilling that the majors were able to recognize it.)

As well, the majors could envision different ways of doing some of the lessons that would have been more effective in motivating the students and making the content more relevant for the students. Unfortunately, the majors witnessed some of the teachers belittling, embarrassing, and even humiliating students; they shared their displeasure with this behavior and vowed to never be one of “those” types of teachers.

Many of the majors’ negative preconceptions and misconceptions changed after the field experience, reflecting a more accurate knowledge and understanding about middle level education and young adolescents.

In the final analysis, the main reason students determined they did not want to teach in a middle school was not because of the middle school philosophy or design; rather it was the young adolescents themselves they found objectionable. I discouraged these students from seeking a job teaching middle school.

It’s exciting to witness the transformation in attitudes preservice teachers have when they discover the wonderful, wacky world of middle level education and they realize that they want to be a part of this world filled with magnificent young adolescents.

Forty years ago, Erik Erikson wrote in Identity: Youth and Crisis that the “abnormal” stage of adolescence that lends itself to episodes of neurotic and psychotic symptoms is a normal phase that is characterized by a high growth potential. Personally, I believe working with students who have characteristics described as abnormal, neurotic, and psychotic makes for a fun, interesting, and rewarding day!

Gahan Bailey is an associate professor in the Department of Leadership and Teacher Education at the University of South Alabama.