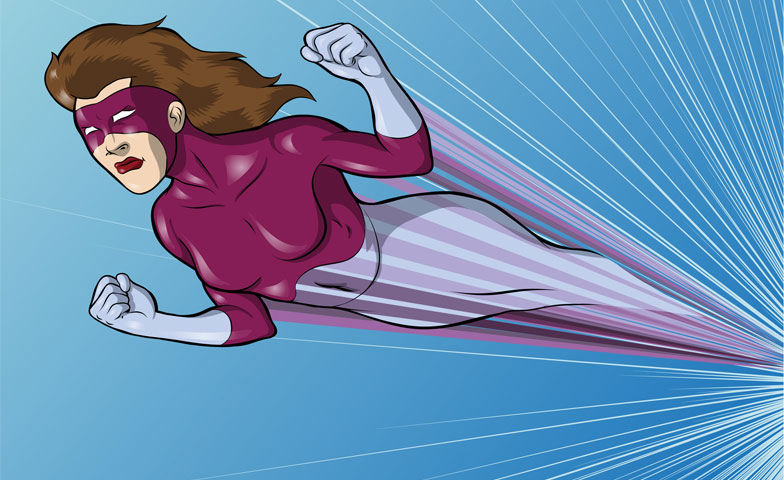 What kind of teacher can compel 60 middle school students to read an entire book about salt?

Read More… from Portrait of a Teacher Hero

On a snowy Saturday at around 9:00 a.m., a stream of young adolescents straggles into a Barnes & Noble book store. At this early hour, they are the only customers. Some walk in with their parents; others are dropped off. They make their way to the line at the coffee counter and start to look more alert as they see their fellow classmates.

Sipping their lattes and hot chocolates, they engage in small talk as they head to their real destination: the meeting area upstairs. Sixty chairs are set in a circle, and as the students take their seats, they greet their teacher, Karen Lessler.

Lessler invited them here this morning for a discussion about the book Salt: A World History by Mark Kurlansky. After a few welcoming remarks, she begins by asking, “Why would a writer write a book about salt?”

What kind of teacher can convince 60 middle school students to read a comprehensive treatise on the economic impact of salt from early times until today, and have them show up on a Saturday morning to discuss the book? A teacher like Karen Lessler.

A dynamic presence at William T. Rogers Middle School in Kings Park, New York, with her dark curls and her signature colorful scarf dramatically draped over one shoulder, Lessler has inspired students for the past eight years. But she hasn’t always been an educator.

Lessler began her career as a lobbyist for governmental affairs. She was working toward a master’s degree in public policy with an eye toward a management position in government when one of her professors convinced her that she should become a teacher. Looking back on this bend in the road that led to a career in the classroom, she says, “I was destined to do this my whole life.”

After Lessler had been teaching global history for two years, the district superintendent recruited her to teach Advanced Placement (AP) World History 1 at the middle school level. Although she went into it with “lots of reservations,” she soon realized that students can rise to the occasion and excel when called upon to do so.

The program flourished under Lessler’s stewardship, becoming the only AP program at the middle school level on Long Island. Eighth grade students in this program take the first half of the AP World History course while in middle school, and complete the second half of the course in ninth grade. At the end of ninth grade, they take the AP exam for possible college credit.

In this eighth grade course, which is typically taught in tenth grade, students read college-level texts and write extensively. It is common practice for the students to complete two writing assignments a week. Lessler teaches her students to synthesize ideas from multiple sources, to generate thesis statements, and to use the texts to support their ideas. The students routinely prepare PowerPoint presentations to share with the class. In fact, her students were meeting the high expectations of the Common Core standards before the standards were introduced.

The students in Lessler’s accelerated classes are used to earning high grades in all their classes. Therefore, in the beginning of the course, Lessler explains to the students that there may be a learning curve and that their grades may drop as they become accustomed to reading college-level texts and writing content-rich essays. She assures them that this will be temporary if they are willing to put in the work.

Lessler is clear about her expectations for her students, and she shares those expectations with parents who are not used to such rigor. She invites students and parents to an orientation meeting where she describes the coursework, encourages them to peruse the textbooks, and proudly shares the mastery rate of former students in the program. She expresses her absolute belief that if students are willing to work hard, they will do well in the class.

Her high standards are not reserved for her accelerated students. In her American history classes, the students recently worked in groups to analyze primary documents about the Great Depression and the current recession. The student groups are working with a consultant from the field of economics and a parent who works in publishing to develop a white paper that they will submit to Congress and the President. The students are excited to have such an impressive authentic audience for their writing.

When asked how she motivates students to put forth their best effort, Lessler explains that great teaching begins with the relationship between the teacher and her students. She continues, “I am a political science major so I teach very much with the human perspective of things. They (the students) see my love of history and human behavior” and it becomes contagious.

A Culture of Caring

Aside from her passion for her subject and her broad knowledge base, her special gift is that she never gives up on a student. In spite of the encouragement and feedback she gives her students at the beginning of the course, inevitably a student or two will want to drop out of the program after a couple of initial low grades. But no one works harder than Lessler to convince a student that he or she can succeed. She calls and meets with parents at the first sign of trouble and works with students before and after school, coaching to help them meet their potential.

What Lessler is developing in her students is grit. Angela Duckworth identifies grit as a trait that can predict future success. She describes grit as the tendency to sustain interest in and effort toward long-term goals. The two-year time span of the AP World History course, while not “very long-term” by Duckworth’s definition, is probably the first time that the students have been asked to sustain interest in a topic for four semesters (with a summer in between).

The assessment for this course is cumulative. When students perform well at the end of ninth grade, they are rewarded for their hard work and persistence. While Duckworth concedes that more research must be done to determine how to foster grit in students, Lessler’s growth mindset seems to instill in her students the desire to do well in long-term pursuits.

Assessment scores aside, Lessler’s success can be measured in other ways as well. When the students move on to high school and take classes to bolster their transcripts, they credit Lessler for preparing them for the rigor of these higher-level courses. One high school senior, looking back on her middle school days, said, “Dr. Lessler taught me the importance of hard work and how it all pays off in the end.”

At the book talk, the students and their teacher discuss the contents of the book in the context of what they had learned in their AP World History class, easily analyzing the social, economic, and political aspects of the history of this important mineral. The budding scholars sip their lattes as they refer to their highlighted passages and sticky notes, and their thoughtful comments take the discussion beyond the scheduled time.

Lessler invites each student to share one last thought about the book before she distributes the salt shakers she brought for them. As the students receive their salt shakers, it is clear that they will never look at those small white grains in the same way again. It is equally clear that Karen Lessler has changed the way these students think about themselves.