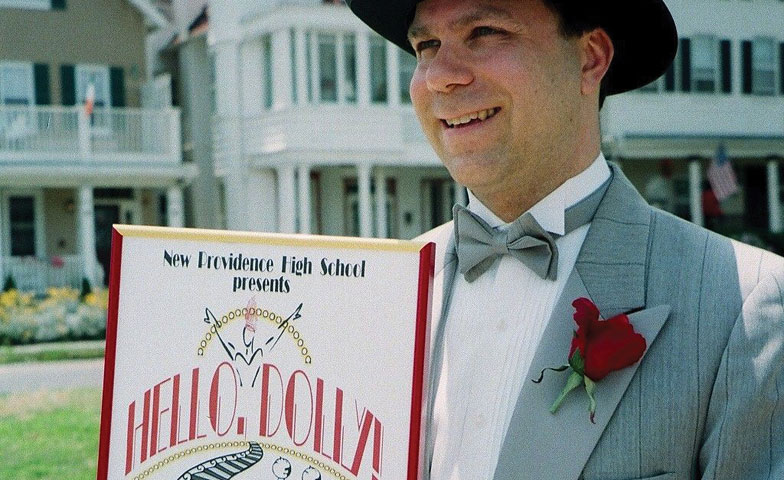 Musicals can serve as rich sources for student learning, especially when staged at your own school. While musicals are considered entertainment, they can serve as strong curriculum resources. Stage, film, and TV musicals are also possibilities because they are ingrained in popular culture and tell powerful stories. The variety of musicals invites interdisciplinary learning that integrates visual arts and various academic subjects by exhibiting many facets of the human experience.

Musicals are part of the performing arts and can undoubtedly be utilized to support arts education standards (visual arts, music, dance, drama). Yet musicals can also be used to enrich learning in other academic subjects by reinforcing skills, facts, and concepts. Many schools stage musicals without having them impact classroom learning. I propose that school musicals or musicals in general can enhance academics and curriculum standards.

This article shares the principal’s role in integrating musicals, tips for successful integrations, musicals subject by subject, curricular considerations, and learning scenarios across the curriculum.

Principals serve as leaders through curriculum implementation. The principal can support musicals integration by

The following outlines how musicals can be bridged to 12 middle school subjects. Consider using two or three subjects together for an interdisciplinary focus.

Drama
Students learn about the production of the stage, film, and revival versions of a musical through reading, lecture, and by viewing the film and analyzing the libretto. Students could look at precursors or source material of a musical.

English and Language Arts
Students analyze the dialog as found in the libretto as well as analyze the lyrics as they would analyze poetry. Students could also read fiction and non-fiction sources for a musical.

Family and Consumer Sciences
Students learn about the history of clothing and fashion or regional cuisine as aligned to the setting and time period of a musical.

STEAM
The five categories of STEAM (science, technology, engineering, arts, mathematics) can be explored in terms of staging or filming a musical.

Students do art projects reflecting the themes of the musical or help with aspects of the school’s production (costumes, set, make up, lobby display). Art projects could include painting, drawing, or sketching set designs (or CAD). Architecture is also an area to explore according to settings and time periods of musicals.

World Languages and English as a Second Language

Students read about a musical in the target language and discuss the reading’s content using a series of comprehension questions; students translate select lyrics into the target language; students perform their translated songs. Students prepare hands-on projects that combine art, music, theatre, and other disciplines. Students compare American music with music of the target culture.

Musicals create a context for student learning for activities, projects, and units. By examining a musical’s songs, characters, themes, settings, and time periods, we can determine themes for exploration. For example:

You can accomplish musicals integration at various levels: class, department or grade level, school, or district. When I first began this initiative, I began in one class then expanded to all my classes and also to those of colleagues in several subjects. Our integrations were awarded eight Rising Star Awards from the Paper Mill Playhouse in Millburn, New Jersey, for using our school musicals in alignment with the New Jersey curriculum standards.

Middle school students can handle challenging tasks including higher level thinking. Additionally, 21st century skills are worth considering along with subject area standards. Several frameworks are conducive for musicals-related lessons including thematic and interdisciplinary learning, multiple intelligences, habits of mind, differentiation, cooperative learning, and project-based learning. Students at the Center: Personalized Learning with Habits of Mind by Bena Kallick and Allison Zmuda, Multiple Intelligences in the Classroom by Thomas Armstrong and Creating and Assessing Performance-Based Curriculum Projects by Janet Caudill Banks are all valuable for designing lessons and projects using musicals.

Musical Learning Scenarios across the Curriculum

Interdisciplinary quilt by students of Spanish for Hello, Dolly!

In the Name of Art: Students create a mural, drawing, or painting depicting themes, settings, and songs in The Wizard of Oz. Sculpture, ceramics, and photography are also media worthy of exploration.

The Language Connection: Students of various world languages can explore the foreign lyrics to songs from The Sound of Music. The score has been made available on DVD, CDs, and LPs in various languages.

Fabric Arts and Paper Dolls: The traditional textiles curriculum within the family and consumer sciences umbrella can certainly be linked to musicals. Consider costumes for musicals and period clothing. Projects using fabric such as quilts can be created by students in any class tied to concepts that highlight the subject area or interdisciplinary topics. Paper dolls of musical characters can be rendered by hand or by using technology and be accompanied by a written narrative.

A Scientific Approach: Musicals usually have a specific setting. Science students can explore the flora and fauna of that setting; for example, they can explore marine life and plant life tied to Once on This Island or South Pacific.

The Social Studies Connection: Students explore Hamilton or 1776 and learn about colonial America, history, and the government.

Culinary Arts: The traditional food component of family and consumer sciences invites having students create cakes, cupcakes, or other desserts inspired by Oklahoma!

Language Arts: Students analyze lyrics by Cole Porter from the musical Anything Goes. They can study rhyme patterns, vocabulary, and historical references.

STEAM: Students examine set design, lighting, sound, and costumes in addition to directing, composing, book and lyric writing, and choreography as it relates to staging or filming a musical.

School Musical Integration: Using a middle level or high school musical, students learn about the musical in their regular classes.

Musicals can engage students and bring their learning to life. Middle school learners will find the connection between musicals and their regular studies both interesting and educational. I invite you to explore musicals integration at your own school and discover how musicals can enhance middle level arts and academics.