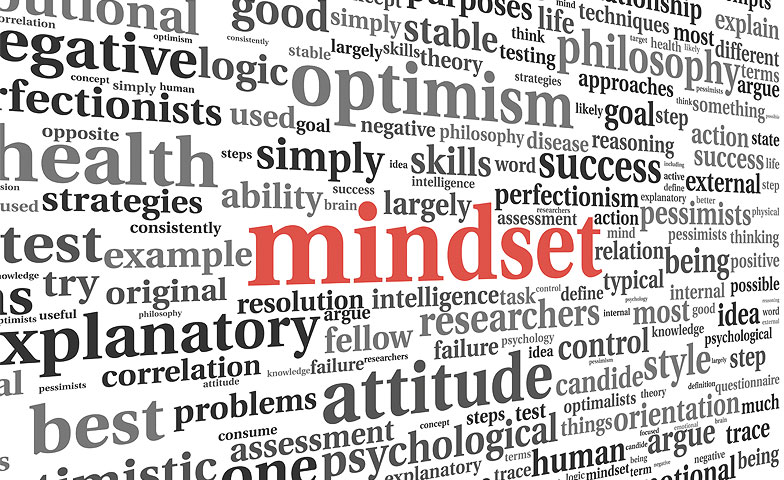 Educators’ mindsets make it possible to move a philosophy forward

What is middle school philosophy and how does it compare with or differ from a middle school mindset? A philosophy can be summarized as a system of principles used to guide one’s practices; whereas a mindset can be described as an attitude with intention. Based on those working definitions, how does each concept impact middle level learners and practitioners?

Educators working with adolescents often follow common philosophical beliefs that guide practice and programming. Examples include, but are not limited to: (1) establishing structures like teaming and advisory; (2) incorporating interdisciplinary units and flexible grouping opportunities; (3) building service learning and community partnerships; (4) providing multiple and alternative assessment avenues; and, (5) supporting character development of 10- to 15-year olds transitioning between elementary and high school experiences. And, while each area can be expanded on or arranged differently, the fact remains that committed stakeholders firmly believe in providing the most authentic and well-rounded learning opportunities for this unique clientele; it’s the philosophy for why they do what they do.

So how does mindset differ? If an educator firmly believes in the philosophy then wouldn’t his or her mindset be the same? Do the two work in tandem, or can one compromise the other? And can philosophies and mindsets change, or are they fixed once adopted?

As a beginning teacher in the early 1980s, I immediately embraced the tenets of middle school philosophy as endorsed by the Carnegie Foundation and NMSA (now AMLE). I couldn’t imagine not teaching to the whole child or not addressing the cognitive, social, emotional, physical, and intellectual characteristics of the 11- and 12-year-olds I was charged with educating. And while I worked with other enthusiastic educators who also thrived in the middle level environment, it soon became clear our interpretation and implementation of each philosophical component differed from class to class and teacher to teacher. This is not to say one style was more effective or favored than another, but various mindsets—or attitudes with intention—were evident around campus. For example, advisory was a prominent fixture at the school, as students were grouped and assigned to staff in a 1:15 ratio arrangement that met each morning and three afternoons each week. The goal was to provide support for the sixth through eighth graders through a home base at school. Activities and character-based lessons were shared with staff, and norms were adopted to honor the time—all aligning with the philosophical belief that advisory is important for middle level learners. While the structure of advisory was standardized (time allotted, programming provided, agreements honored), each instructor brought a unique mindset to their adopted group of learners.

As a sixth grade advisor working with students new to the middle school and transitioning in from five feeder elementary schools, my attitude with intention was to focus on relationship and community building during the first quarter, and to slowly incorporate study skills, goal setting, and critical thinking as the year progressed. My colleagues on the eighth grade team, on the other hand, were committed to preparing their 13-year-olds for high school and career-readiness simulations through service learning opportunities. We all met with our students for the same amount of time weekly, used similar curricular resources, listened to the same guest speakers, participated in school-challenges equally, set-up student-led conferences during the same weeks, and put our advisory needs ahead of most other responsibilities, as a way of aligning our philosophical beliefs for young adolescents. However, based on each group of students, our mindsets and practices were intentional to the needs of the individuals at that time and place in their development.

As I progressed in my years as a middle level teacher and proponent of advisory, I inherited an eighth grade group one year. Feeling confident in my experience as an advisor and prepared to start the year off successfully, I was caught completely off-guard when the first couple of weeks of school were the worst advisory experiences I had had in my career! What was wrong? Not only was I a seasoned educator who mentored teachers new to middle school, I had presented advisory structures and samples at local conferences, and was co-writing our school’s programming guide for advisory. But now I couldn’t make things work with my current group of students—many who had been former students from my sixth grade advisory. I felt like a fraud!

It was during a team meeting that I reluctantly shared my frustration with peers by throwing my hands up in the air and exclaiming, “What is wrong with these kids this year? Nothing is working in advisory!” My teammates were empathetic and shared strategies they were using without pointing out the obvious: my mindset toward eighth graders was very different from my mindset at the time I worked with sixth graders. In some ways, I had assumed advisory would be a breeze since I knew the students and was able to inhale curriculum while exhaling best practices in my sleep. However, I was not honoring the eighth graders in their here-and-now; I was approaching this group just as I had when they were sixth graders and, in many ways, stunting their growth as individuals.

After a rather bumpy first quarter which included additional tirades in team meetings with incredibly patient peers, followed by humble restarts each week, I finally reevaluated my mindset toward these young adults. It took some time, but eventually I was able to shift my intentional attitude in order to support the eighth graders’ needs, while also staying true to beliefs aligned with middle level philosophy.

Identifying a middle level philosophy is the easy part and often aligns with most teachers’ ideology. It’s the adoption of a mindset, which embodies said philosophy, that moves initiatives and vision forward. This We Believe: Keys to Educating Young Adolescents (NMSA, 2010) is more than the title of a book or header for essential attributes and characteristics of young adolescents. It lays the foundation for philosophical discussions and mindset adoption by educators invested in the power of the middle level. Future steps therefore include conversations that pose the following questions: How should the philosophy be defined and attitudes of intention developed in order to make a difference at the middle level? Please share!