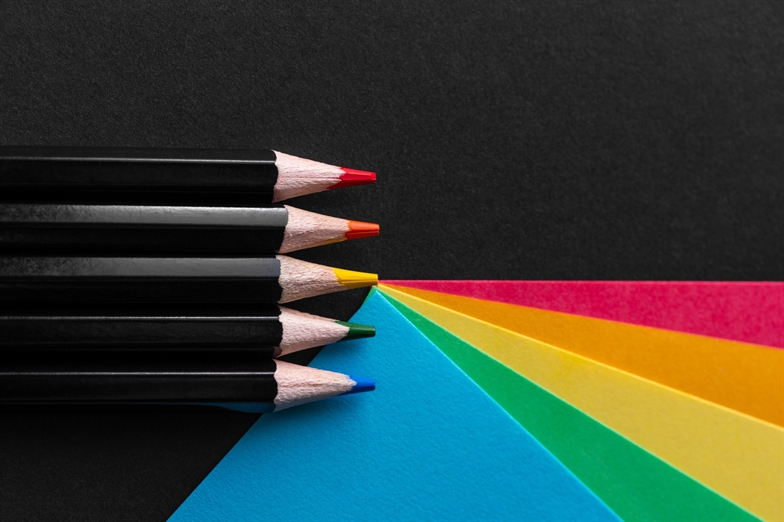 As a new school counselor 25 years ago, I listened to our school vigorously debate whether or not to have a Gay-Straight Alliance (GSA), asking questions such as “Will kids become gay if we talk about it?” (a commonly held myth at the time) and “What will the parents say?”. Thankfully, GSAs, by any name are now common in most schools, and the language and understanding of sexual orientation and gender identity have grown.

Obergefell v. Hodges (2015), a landmark civil rights case in which the Supreme Court of the United States ruled that the fundamental right to marry is guaranteed to same-sex couples was affirmed just five years ago when our middle schoolers were in elementary school. Also in 2015, shifts in pediatric and psychological practices and societal changes moved transgender from being a term used by few to being common in everyday vernacular. These changes may feel like massive shifts for many adults, but it is not the case for middle schoolers, most of whom will not remember a time before. It has become the norm for them.

Most teachers find it challenging to keep up with the terminology as it is ever-changing in the social landscape. Some definitions and a few tips for navigating shifts in language or terminology are listed below. However, I encourage you not to spend as much time memorizing the vocabulary as you spend developing the questions to ask and the statements to make, encouraging students to feel safe being their authentic selves with you.

Creating a welcoming community is one of the most important ways to support our students. We do this by interrupting bias within ourselves and others. A student shared, “When my classmates say something hurtful about my gender identity and teachers say nothing, they send messages that they agree with what was said or that they do not care.” Another student offered, “When my teacher put a rainbow flag sticker on her bulletin board, I believed she was an ally for me, even though she never said anything about it.”

LGBTQIA does not capture all of the applicable labels, making the “+++” even more critical to suggest openness and inclusivity.

The “L, G” and “B” refer to sexual orientation, meaning those to which one is attracted, most often referring to lesbian or gay or having an attraction to the same gender. Bisexual is an attraction to both males and females, and asexual is not having romantic or sexual feelings. Often left out of the acronym but no less critical is pansexual, developing an emotional attachment to a person regardless of gender.

Transgender refers to one who identifies as a sex other than was named at birth (typically by looking at genitalia). Opposite of transgender is cisgender, “cis” meaning the same. Being cisgender is living as the sex assigned at birth. It’s important to note that one’s gender identity is entirely up to the individual, and transitioning in one’s gender does not necessarily include medical interventions.

The “I” speaks to intersex, representing a person with sex organs that are not visibly a penis or vagina, commonly correlating with the labels “male” or “female.” For many years, doctors assigned sex and attempted to construct genitalia to reinforce their decision.

Middle schools will see shifts in student understanding of gender as evidenced by research with the Alpha generation (10 years old and younger, see “Oh No, They’ve Come Up With Another Generation Label”, The Atlantic, 2020). The Alpha generation has a more expansive view of gender, with less focus on being binary (male or female). For example, at the Alpha generation request, Mattel developed an all-gender doll, and many clothing designers are creating more gender-expansive or neutral clothing.

Also increasingly used by middle schoolers are non-binary, gender fluid, and the pronouns “they/them.” Non-binary refers to one who does not see themself as exclusively male or female. Gender fluid describes one whose gender changes over time.

Familiarizing yourself with the language is essential, but most important is the environment you create with students. Communicating open-mindedness, willingness to listen to them, and validation are essential in such an environment. Some practical suggestions for teachers are:

All students need to feel seen and heard; this is especially true when a historically marginalized group such as the LGBTQIA++ community. We educators send powerful messages in both our words and actions as well as our silence and inaction.

Jen Cort worked as a counselor, principal, and senior administrator for 25 years before moving to consulting for schools on equity, diversity, inclusion, and justice. Jen is the host of a podcast called Third Space with Jen Cort.