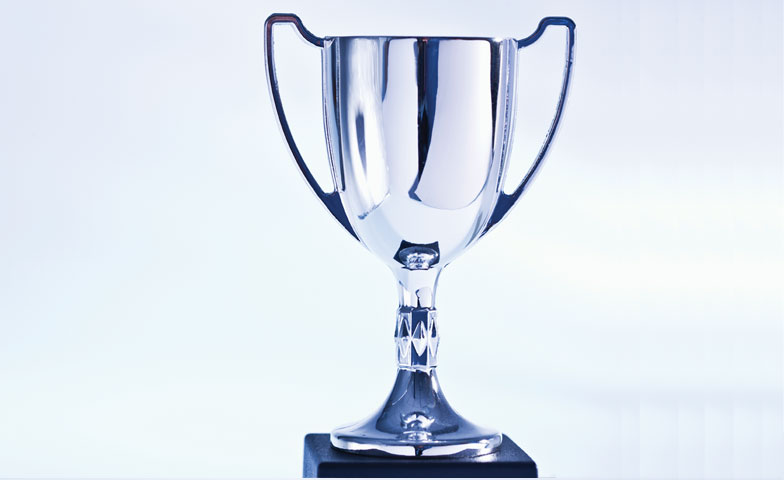 Evaluating student performance using progressive assessment practices seems to have some people misled regarding its purpose. As my district has moved towards standards-based reporting of student progress, we find ourselves, as expected, explaining the reason behind this shift from traditional grading practices. One parent, attempting to understand this change, or perhaps belittle it, equated it to the phenomenon in children’s sports when everyone gets a trophy. Those raised on a traditional grading bell curve might understandably struggle with the concept of a majority of students demonstrating proficiency or passing. Progressive grading practices are not about a trophy for all students as much as a fair opportunity for all students to learn. What can be wrong with that?

Regardless of the symbols you use to report student understanding, progressive assessment practices offer a more comprehensive means of communicating with stakeholders. To ensure students have the opportunity to show what they know, teachers need to embrace assessment practices that encompass a standards-based mindset as described by Tom Schimmer in his book Grading from the Inside Out: Bringing Accuracy to Student Assessment through a Standards-based Mindset. The guiding principle of a standards-based mindset is that all reporting of student learning must be based on the determined learning standards adopted by the school, district,or state.

At its foundation, a standards-based mindset removes all non-academic data from academic progress reporting. Student behavior is an obvious non-academic type of data that frequently ends up in academic grade determination. Other classic examples that are wrongly included when determining students’ academic progress are student tardiness, failure to follow directions such as a student not writing their name on their paper, or students’ failure to comply with teacher biases such as writing in ink. These requirements are completely acceptable for teachers to implement; however, a student’s failure to comply with these expectations should not inform the reporting of academic achievement. These behaviors bear no alignment with the academic learning standards that should solely guide such determinations.

Time management is an important skill for middle school students to acquire. Part of time management is the navigation of deadlines and due dates. Teachers who have adopted a standards-based mindset do not include students’ strengths or struggles in this area when determining an academic score. Again, when using the learning standards as a guide, behaviors such as organization and timeliness are not included in academic standards such as the Common Core State Standards (CCSS). For many teachers, this concept can be quite a shift from their current practice of deducting one grade level score per day that student work is turned in past a deadline.

Teachers with a standards-based mindset are less concerned with when a student demonstrates proficiency with a skill as much as the fact that proficiency was reached. This eventual learning commonly plays out through the application of formative assessments or through reassessment opportunities that provide students with occasions to redo portions of assessments in which they were unsuccessful. Use of both formative and summative assessments provides balance in the measure of students’ understanding, helping to meet the individual needs of students. A standards-based mindset supports the use of such varied assessments and suggests a loosening up on timelines for learning, ensuring more students reach proficiency with learning standards through an awareness of each student’s unique learning needs. Learning standards such as the CCSS do not indicate students must demonstrate proficiency with skills on a particular type of assessment or on the first attempt on an assessment.

Another way teachers can demonstrate a standards-based mindset is by avoiding averaging students’ scores. To some educators, this concept can appear to lack student accountability or not reflect the real world. However, using the most current evidence of learning rather than past evidence of learning mirrors many real life assessment practices. When students take the ACT or SAT multiple times, an average is not calculated for their final score. When we took our driving tests and perhaps did not pass, the first or second attempts were not part of the final score. The bar exam, blood pressure readings, and teacher competency exams are all further examples of assessments that take later evidence over averaged evidence to demonstrate accuracy.

If the belief in valuing more recent evidence of content proficiency is what is commonly accepted in many real world scenarios, then why would we hold our students to a higher standard? Is it because it was what was done to us when we were in school? In research I conducted with teachers within my own district, one middle school teacher summed it up nicely that her students’ “real world” was reaching proficiency on learning standards. If getting a student to demonstrate proficiency takes time and reassessment then that is preparation for their real world—the next grade level.

An additional way teachers can embody a standards-based mindset is to refrain from assigning a score of zero to student work—ever. I’ve heard some teachers express that not giving a score of zero for an extremely low performance or for failure to turn in any work is, “giving it away.” Beyond the statistical malpractice of assigning a 50-point range to a failing score on a 100 point scale, the use of zeros in grade determination may destroy student confidence and their will to learn. A common suggestion to address a failing score on any type of work is to never assign a numerical score below 50 when using a 100-point scale. This simple rule assigns a numerical score that represents a failing grade while not totally sabotaging a student’s future grade or desire to persevere in the class.

To offset a score of zero on an assignment, a student would need to achieve nine perfect scores to average their total to a 90%, many systems’ score for an A. This perception of grade determination is not “giving it away.” If anything, it is not giving up on students or, more importantly, not allowing students to give up on themselves. The more failure students experience through punitive grading practices, the easier it becomes for them to shrug it off and move on as if failure were their new norm. By offering confidence-building grading practices, students are not downtrodden, they are empowered. A student who fails to turn in any work has not demonstrated a lack of understanding of the learning standards; that student has not demonstrated anything as it relates to an academic standard. Such a student has demonstrated perhaps a lack of responsibility, a solid case of forgetfulness, an inability to complete the work, or a total lack of desire to complete the work. The thing is, we don’t know how the student might perform on the learning standard because there is no such evidence. This is an expression of a learning behavior or disposition, not an academic data point.

The Fuller View of Learning

As stated through this explanation of a standards-based mindset, the learning behaviors that should be stripped from determining an academic score are important and play a major role in defining a student’s learning profile. Whether a student turns in work on time or demonstrates proficiency on the first or fifth attempt, it is vital information for all stakeholders. These learning behaviors should be a part of what is gathered and shared with students and parents whether a school is using traditional letter grades, standards-based terminology, or numbers in their reporting system. Teachers can share such data on what Ken O’Connor describes in his book How to Grade for Learning K–12 as an expanded-format report card. This type of reporting system has ways in which students’ learning dispositions are formally shared. Data sharing such as this provides a much richer view of a student than a simple single academic score or even multiple academic scores that are aligned to learning standards. For teachers who do not have a formal means of sharing learning behavior data, a simple reporting system of their own creation could suffice in getting this valuable student data to students and parents.

When teachers adopt a standards-based mindset, they focus on academic data that is solely aligned to academic learning standards. When explained in these terms, it is hard to refute the value of gathering data in this fashion. It’s not about giving anything away. It is not about a trophy for all participants. It is about a meaningful, equitable education for all students, something every student, parent, and educator should support.