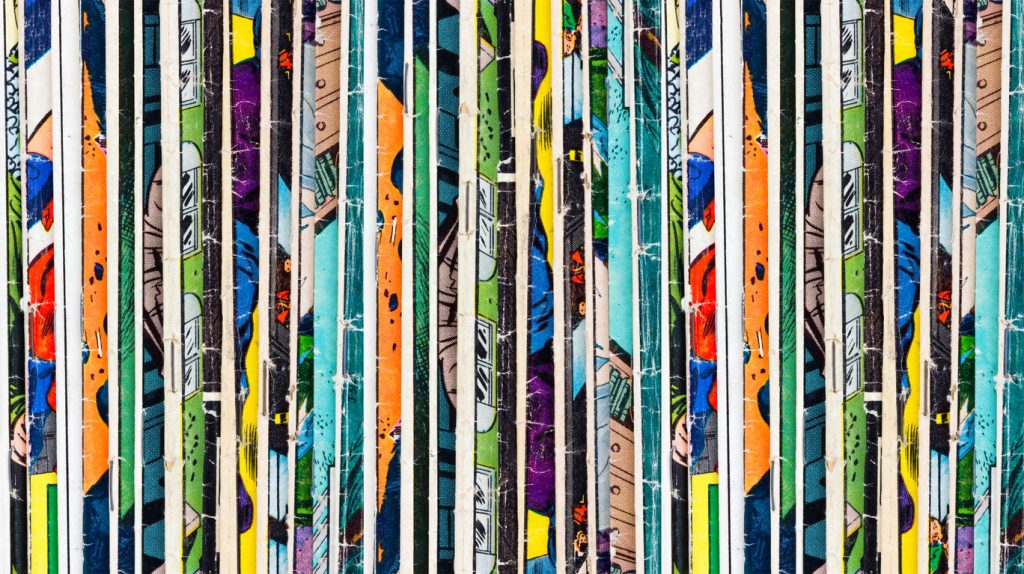 In a recent tweet, a popular author argued that their book would never be adapted into graphic novel form, calling the process of reading such a visual story merely “flipping pages.” The author drew a range of attention for this Tweet, and has since recanted and apologized. Contained within this Tweet, as well as in the swell of responses that it received, is the reality that graphic novels continue to draw attention and debate as a source of literacy practice.

While I recognize the power of the novel and the influence it can carry in the classroom, I am also drawn to begin to make a further case for the power and complexity of graphic novels. I am now writing this as a university literacy professor who encourages the thoughtful use of all texts for attention to both words, as well as the construction of pages for reading and writing experiences.

At one time, I was a middle grades English teacher and I wish I could declare here that I situated graphic novels as central in bold new ways. The truth is, I received push-back on my use of even some traditional novels which were deemed popular but not complex enough. This experience lines up with other teachers I have talked with in the context of research work. So, I used graphic novels as a means of literacy choice, giving my students the opportunity to read these books in small groups. I even gave my students the space to create visual texts at certain points in the year.

Yet, there was more I could have done, and more I can do now. In this brief treatment of the topic, I provide strands of both research and practice to discuss four common questions about the medium, which are themselves often rooted in misconceptions. Perhaps a starting point is to actually talk about what these books are for readers who have limited interaction with them.

In one response to the question of the adaptation of aforementioned author’s book to graphic novel form, one person tweeted: “Don’t you mean comic books?” No, actually – but also yes. The comic book is often considered a short form of the medium and arrives once (or now twice) a month via subscription or for purchase at a comics shop or bookstore. These books are typically thinner in their construction and easily foldable.

The term graphic novel, on the other hand, is more of a marketing term for a longer collection of such shorter works, or a stand-alone story in lengthier book form. While the assemblage of the pages is the same, or works in similar in fashion, the term graphic novel usually refers to such a long comic book-like work. The common denigration of the medium as merely “comics” is, partially, from a stance of rooting the works as part of kid culture or nerd culture (as researcher Robin Moeller pointed out in a 2011 article) and does not take into full account that the juxtaposition of words and images may, in fact, lead to complex reading.

Finally, author and educator Terry Thompson has referred to both comic books and graphic novels with the united term graphica. For my part as a teacher of reading, I am not consumed with the term used, in itself, but rather concerned with honoring the complexity of the medium by whatever word it is known. From here forward, I will use the term “graphic novel” simply because it refers to the type of visual literature I would most likely use in classroom practice.

Graphic novels, like film, have the unique dual reputation of being both too simple and too edgy. These books are often decried as low culture, although they have more recently been accepted into mainstream canon in some classroom spaces. Continued critique suggests that teachers are dumbing down curriculum and not actually teaching reading. As a teacher of reading, I would never downplay the power of the written word or suggest that meaning-making in a graphic novel should discount the presence of words.

However, I do note that the addition of images in juxtaposition, and sometimes contrast, to text actually opens up more opportunities for inferences and discussion than some prose pages do. Furthermore, I would suggest that graphic novels provide opportunities for both engagement and success with texts, which can then be thoughtfully used to link to other texts that rely more on words to do their work.

Or, graphic novels can simply be read and enjoyed for the ways they work in and of themselves, and contribute to a strand of reading and study that would otherwise be neglected, ideally situated in a classroom that values and examines all texts.

On the other hand, graphic novels have been deemed to edgy by some. Frederic Wertham suggested in his 1954 book, Seduction of the Innocent, that comic books were to blame for mental illness and violence in society. Wertham’s critique has since been reevaluated and his methods have been called into question, but this duality of thought speaks to an issue with understanding the graphic novel medium.

That is, graphic novels are not simply one kind of book. Just as one might read a series of books by one author and deem the novel stifling, oversexualized, overtly negative, glibly positive, or too concerned with pastoral scenes to ever be useful for the study of a character or thematic issue, so too can one reading of a limited set of texts lead to a false conclusion about the graphic novel, or any medium for that matter.

In response to the critique that graphic novels are either too simple or too complex, I ask: How many have you actually read, and have you read widely?

What Can I Do with a Comic Book, Anyway?

Following up from my previous question, I imagine the reader now saying: “I’ve read graphic novels, and I can tell you it doesn’t take much time.” To which I then follow up, “How closely have you read them?”

I myself, as an avid graphic novel reader, sometimes fall into the habit of gliding by pages, traveling word to word, and finishing visual texts in a short amount of time. Of course, the same is true for my consideration of novellas, like Kafka’s The Metamorphosis. The notion of reading closely in Kafka’s work slows me down as I imagine, take in images, and attempt to trace elements and consider the full range of narrative work being done.

Similarly, a full reading of a visual text can hardly be considered a close inspection if a reader does not actually take in the visual elements. This entails slowing down, examining the use of words and pictures, and engaging in the inference-laden work of building meaning when only images appear on a page. It actually takes a great deal of confidence and skill to teach using a graphic novel as a central text, even for someone who has been a long-time reader of these books.

Work with graphic novels is simply not intuitive in many cases, particularly for those of us who have more experiences with prose or even poetry. The process of reading a graphic novel must be taught and modelled, and this is evident when I work with adult readers who have not experienced much of the medium before. The work of following a narrative’s development across a page including panels, word bubbles, and other guiding grammatical features is not always an automatic process.

Work with graphic novels need not be limited to reading them and analyzing how they work; students can also take additional steps and compose their own examples. In my original use of visual storytelling and graphic novel construction, I relegated this work to that magic time at the end of the year after the students’ summative assessment had been completed. It was a “fun activity” that could exist in that timeframe. As I taught, more and more, I incorporated graphic novels, both in small group reading and in composing, throughout the year.

An activity or engagement that seems fun should not be mistaken for one that is emptied of complexity. Creating a graphic novel page includes a range of design decisions, including the placement of words, the communication of time, and the presence of emotion and other character-based and narrative features.

There is also a sense of visual style that is part of this work.

Aren’t They Just About Superheroes?

My final reflection in this piece on the affordances of graphic novels for instruction pushes back on the idea that these books are only about superheroes. Comics scholar Charles Hatfield, in his 2011 book Hand of Fire: The Comics Art of Jack Kirby, pointed out that the superhero genre is endemically tied to the graphic novel and comic book medium, and that these stories contain their own sense of story elements. Yet, my father’s collection of comics about westerns and the publication of horror comics by EC in the 1940s and 1950s tells a far different story, as does Ray Bradbury’s engagement with the medium as a science fiction writer. The genres taken up in EC Comics included horror, but also mystery and war-themed books. This thread has continued, with characters like Sergeant Rock and Conan representing story types that are published alongside superhero stories.

In more recent times, graphic novels have been more widely noted as spaces for identity work in autobiographical form and in stories that take up real-life issues. Jerry Craft’s 2019 graphic novel, New Kid, tells the story of a young African American boy, Jordan, who is interested in art and attends a private school. Jordan’s daily life in navigating the school landscape, as well as thinking about his presentation of cultural identity to others, forms the major thread in the story. Although the book includes elements of superhero stories, based on Jordan’s interest in Batman, this is not the focus, nor do superheroic elements enter the plot by means of solving problems or resolving the narrative.

In short, any story that can be told in prose, film, or even verse can be found within the storytelling space of a graphic novel.  While teachers of reading celebrate words, I advocate for the inclusion of visual storytelling where and when possible and appropriate. These books can, in more literal terms, allow young readers to see themselves.

Jason D. DeHart, Ph.D. is an Assistant Professor in the Department of Reading Education and Special Education at Appalachian State University. You can follow him on Twitter @JasonDDeHart1 or he can be reached at dehartjd@appstate.edu.