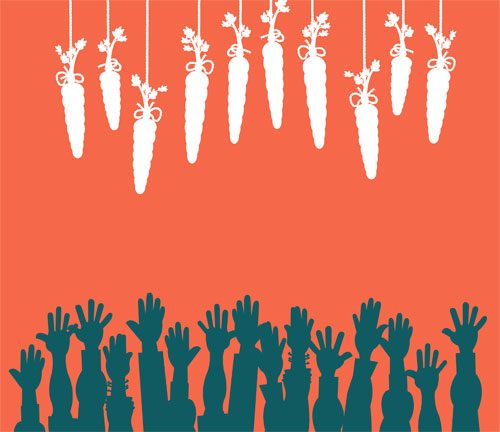 Teachers seem to be naturally resistant to rewarding students for doing “what they are supposed to do.” Some equate reward with bribery and claim that students will be working only for the points/recognition/reward, and ask “Why should we reward students for doing their job? They should just want to do it.”

Some of the more severe criticism focuses on reducing an intrinsically motivated task like academics to one of external motivation, which, it is argued, ruins the value of the task. In other words, students should want to do the work because they find it personally rewarding, not because they get some kind of reward when they are done.

We would like to address each criticism in turn.

Isn’t It a Student’s Job?
We take issue on two fronts with the claim that students should not be rewarded for doing their job.

First, replace the word “rewarded” with “paid” and consider your own circumstances. The school district pays teachers to teach. It’s likely you would not choose to stay in your job if the district stopped paying you. So it is with students.

If learning is their “job,” shouldn’t they be rewarded for putting in the time and effort just as you do?

Second, consider what we tell students they are working for: a better career and a larger paycheck…eventually. Would you work for 13 years with the promise of getting paid later? The reward may be great, but it is too far removed to have any real effect on a middle school student’s performance today.

The Motivation
Finding personal satisfaction in our work is something we learn. When our parents or teachers took notice of a job well done, we were rewarded with pats on the back or a trip to the ice cream store. Eventually, we began to look at our own work and take pride in our job well done. Our motivation became intrinsic.

Although it is important that teachers and school personnel provide external motivation, too much motivation in terms of rewards may leave students refusing to work unless that motivator (or something bigger) is promised.

So what is an appropriate reward? It may as simple as praise from a teacher or it may be a more elaborate classroom management system in which students can earn an early release to lunch for working hard.
Whatever the system, the most important consideration has to be that the students are doing their job. That job may vary for each student, but it should include working hard, staying on task, and completing each assignment. (Notice that grades were not included in our list.)

Consider the struggling student who, for the first time, works through the entire period without interruption. The work may not garner a high grade, but the effort of staying on task should be rewarded.

By teaching a student to continue to work hard and persevere, you allow that student more opportunities to learn and achieve more at a later time. Encouraging success speaks to the importance of knowing the level of your students and helping them be successful no matter where they start.

School is the student’s job. For some students, achieving high marks and working diligently seem to come naturally. Other students, however, need an extra hand in changing their habits. Regardless which student you’re dealing with, supplementing their school day with a little bit of “bribery” may be just what they need to keep them going or get them started.

Kimberly A. Henkle is a graduate student in the behavior analysis program at the University of Nevada, Reno. kimberlyhenkle@hotmail.com