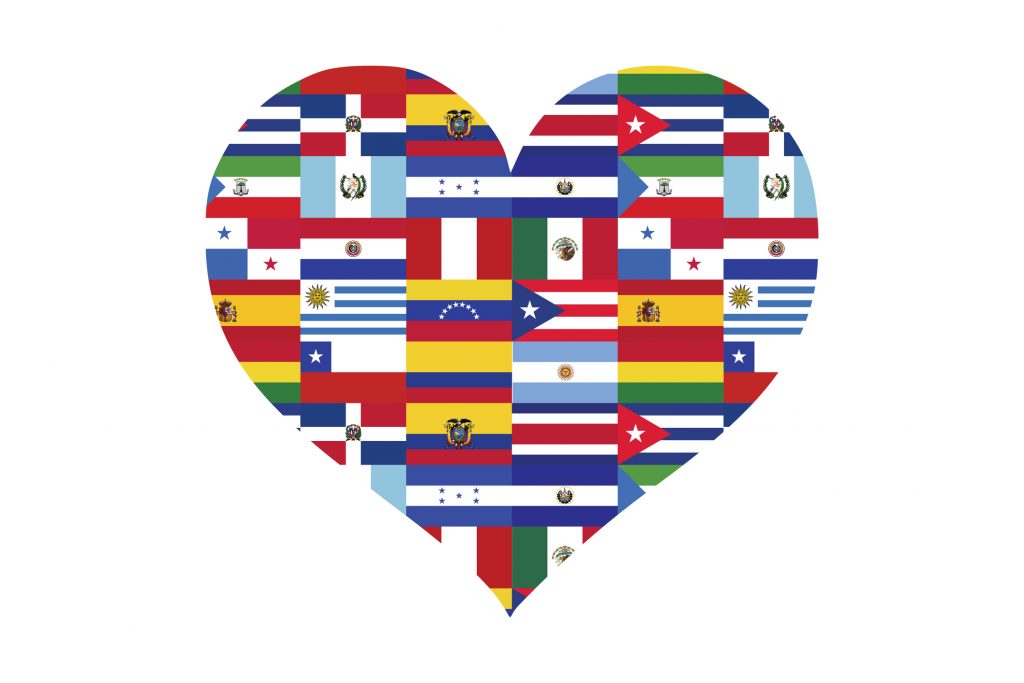 Did you know the Hispanic or Latino population was the second-largest racial or ethnic group, comprising 18.7% of the total U.S. population? Or that roughly 13% of all people five years old and over in the U.S. spoke Spanish in 2021?

The 2020 Census revealed that the U.S. population had become much more racially and ethnically diverse than it had been a decade earlier. So much so that even the chance that two people selected at random would be of a different race or ethnicity group had increased since 2010.

This Hispanic Heritage Month, celebrate the enormous contributions of Hispanic Americans with free resources across different subjects from the U.S. Census Bureau’s Statistics in Schools (SIS) program. From the number of U.S. businesses that were Hispanic-owned to the population of the birthplaces of Mexican-American singer Selena and astronaut Ellen Ochoa, use these resources to show how our country has been changing by linking current events to real-life data. 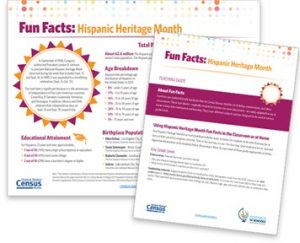 Students and teachers can discover more about the nation’s Hispanic population by downloading our latest fun facts handout about Hispanic Heritage Month and accompanying teaching guide filled with engaging activity ideas for middle graders to help continue the conversation.

For instance, your middle school students can explore the percentage of people ages five years and over in the U.S. who speak languages other than English and create a graphical representation using the information they learned or identify states with Hispanic populations under 100,000 and discuss why they think fewer people of Hispanic heritage live in those states. 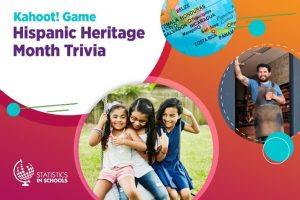 Let the fun continue with a little trivia! Test your students’ knowledge on cool things like how many states had a population of one million or more Hispanic residents in 2020 or the projected Hispanic population of the U.S. in 2060 with our Hispanic Heritage Month Trivia Kahoot! Game. Help them build on their data analysis skills and recap what they’ve learned from our fun facts handout. 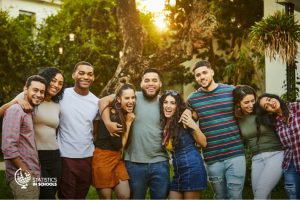 Explore Racial and Ethnic Diversity in the U.S. With an Interactive Data Visualization

Students can get more detailed data for the nation, states, counties, and Puerto Rico in this interactive data visualization that explores racial and ethnic diversity in the U.S. from the 2010 and 2020 Censuses. By hovering over the chart, students can view the largest, second largest, and third largest racial or ethnic group for each state and use filters to change the year or view county-level statistics for their state. 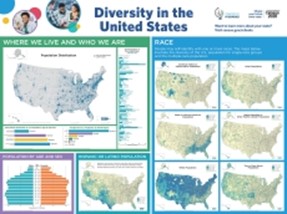 Discover A Map on Diversity in the United States

This map highlights U.S. diversity data for students and provides demographic breakdowns by age, sex, and race. The map also highlights data on the foreign-born population and information on the Hispanic or Latino population.

Educators looking for innovative ways to teach about the diversity in our country through real-life statistics are encouraged to explore our suite of free, grades 6-8 resources on the U.S. Census Bureau’s Statistics in Schools website to use in conjunction with existing lesson plans.