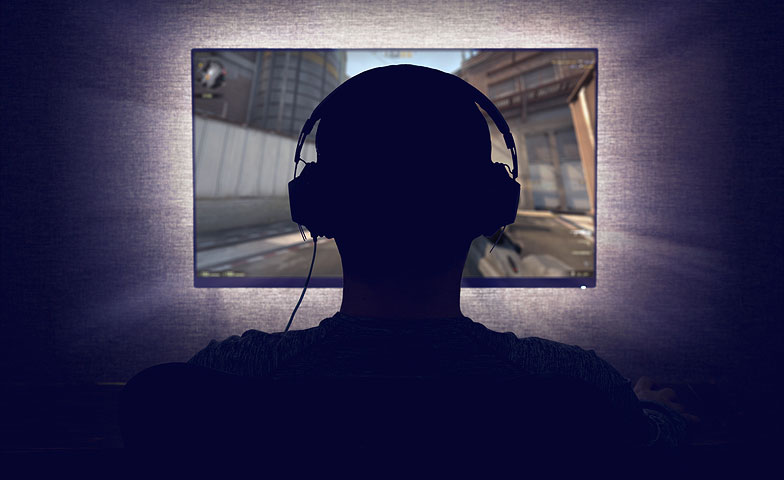 Media literacy as a tool to promote peaceful classrooms

It is critically important to address school violence for many reasons. First, bullying can result in a lifetime of emotional scars. Second, violent schools are low-performing schools. And perhaps most importantly, violent schools are crucibles for future violence, including rampage shootings.

Although some school violence prevention efforts, such as counseling and mediation, are moderately successful, very few schools have effective prevention programs. Recent neuro-scientific and psychological research show that these programs do not work because they do not account for the potent influence of violent entertainment media and violent video games.

The persistent themes and messages of these forms of entertainment are power over others, violence is preferred behavior, and killing is fun. As Nicholas Carnagey and Brad Bushman, in their Journal of Experimental Social Psychology article express it, “In short, the modern entertainment media landscape could accurately be described as an effective systemic violence desensitization tool.”

Since the 1990s, psychologists and neuroscientists have conducted hundreds of studies about the ways violent video games affect the brain. Their findings show that these video games have a profound effect on behavior and academic performance.

Violent video games activate aggressive behavior scripts in the brain and suppress executive structures that normally inhibit aggressive and violent actions. They reduce the brain’s emotional processing, which underlies the effects these games have on aggression and desensitization. Repeated exposure to this violence can create an aggressive personality.

John, a middle school teacher, wrote to the author with the following story. In the summer of 2010, John introduced his friend, Mike, to first-person shooter combat video games. One day at the end of the first week they played, they played for about five hours then took a break. Mike went outside to shoot a target with his .22 rifle. John walked onto the porch and saw Mike aiming at something in the distance. John pulled the sliding glass door open quickly and it made a loud bang sound. John wrote, “Without hesitation and without thought, my friend of over 10 years swung around, shouldered his rifle, and aimed it right at my face. His eyes were black, the color you see when someone has lost touch with reality. His facial expression and aggressive body language startled me.” Alarmed, John shouted, “My God!” and Mike snapped out of it. Mike dropped the gun and instantly apologized saying, “I don’t know what came over me.” He walked aimlessly around the porch for a while and then told John that he wanted the computer out of the house. Still shaken, John didn’t protest, took the computer home and uninstalled the video games. John added, “I became an excellent student, focusing all my energies on college, and graduated in the next two years.”

Mike was a young man with no apparent risk factors and no history of delinquent or violent behavior. What would have been the long-term results of Mike playing violent video games? How often do unrecorded scenarios like this one occur?

Research shows that the long-term effects of video game violence on later aggression and violence is larger than other known risk factors for adolescent violence, including childhood abuse, antisocial parents, and poverty. Only gang involvement presents more of a risk factor than violent video games.

Consuming entertainment media and video games inhibits academic achievement because it displaces time that could be spent in constructive activities. These forms of entertainment also tend to require the involvement of the right cerebral hemisphere. Whereas the left cerebral hemisphere is specialized for language, reading, writing, mathematics, and the sciences, the right hemisphere processes information that is dramatic, exciting, funny, colorful, musical, and involves facial recognition. Playing violent video games requires some left hemisphere activity, however most gaming activity requires the right hemisphere.

Long-term involvement with media and video games that require a high degree of right hemisphere engagement results in the use of the right hemisphere becoming predominant over time. This is a key reason for the epidemic problems young people have with reading, writing, math, and science.

What We Can Do

Media literacy educates people about the influence of the violent entertainment and video game industries. In the process, it promotes critical thinking, self-understanding, and more peaceful interaction. It also facilitates developing a lifestyle that is not so dependent on electronic entertainment.

Some practical suggestions for middle school teachers, staff, and administrators include the following:

Many industrialized countries have enacted legislation and implemented policies that limit the amount of electronic entertainment violence available and limit children’s accessibility to this violence. Germany, which does not recognize video games as art, is having public policy debates to ban violent video games from all children and, in the meantime, enforces an index of products that cannot be sold or marketed to minors.

Media literacy raises consciousness and inspires advocacy. When people become more aware of the causes and the magnitude of the problem, they become motivated to join with others to take action for legislative change.

National Association of School Psychologists – School violence prevention resources including how to talk with children about violence, bullying prevention, a framework for safe and successful schools.