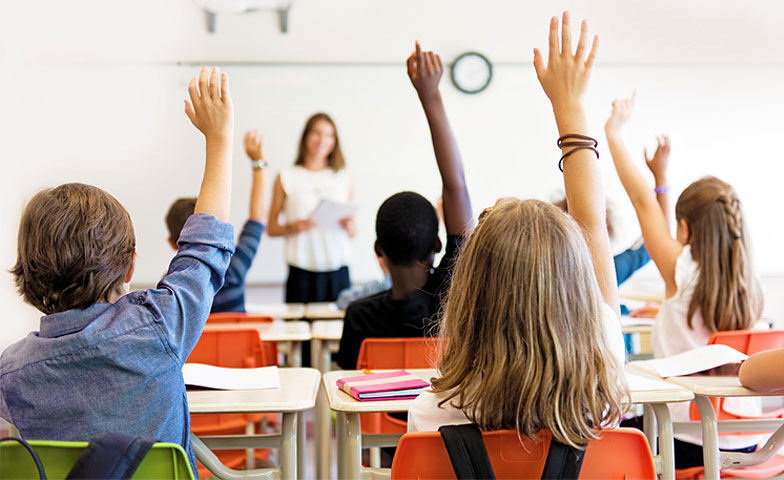 Perhaps one of the most tenuous places to find yourself in as an educator is the moment a topic is broached in class that has multiple perspectives—particularly when students have an unexpected stance on the issue. Even so, some conversations have to be had, especially when it comes to ethical issues.

What follows are three examples of precious and precarious moments in my own classroom in which a moral or social code was critically approached, followed by an explanation of what I did in that moment. Two caveats: My own teaching stories are not always the map to follow and students are often hard to predict.

If nothing else, I would want teachers to know they are not alone in bumping up against occasional hostile and uncomfortable situations involving controversy. In all cases, educators should know their school district policies and get to know the culture they are working in before taking drastic steps.

One year at the middle school, I decided to include some portions of To Kill a Mockingbird in my English course. I knew that students would likely encounter the novel in high school, but I wanted to touch on some of the themes presented in the book. This was also a book that one of my colleagues used in her English/language arts class.

Wishing to be a “team player” and connect with the history teacher on my team, as well as this departmental colleague, I included some excerpts from the novel in my class.

“Guys, you would not believe this, but there was a time when people had a real problem with marriage between people with different colors of skin,” I offered by way of introduction. A comment arose from the floor. “My parents feel that way now,” one of them said. “Mine too,” another offered.

Talk about an awkward pedagogical moment. My mind raced to my classes on school law and teaching philosophies. What was I to say? To me, respecting people of all cultures and races is an important aspect of being a decent human being.

I suppose I should have known my school climate a little better, maybe noting some aspects of the culture around me. I should have listened to the language of the community a bit more. At least I would have seen this coming. I nevertheless feel that embracing all cultures and peoples is a moral point, but perhaps my phrasing could have taken other worldviews into account.

To be honest, I do not remember what I said exactly, but in this moment, I reaffirmed that the theme of the book was embracing diversity and seeing all people as people. Was my response resolute enough? I certainly hope so.

I believe strongly in a curriculum that advocates for respecting all people. And I believe a variety of skin colors can be represented in our reading choices. What is more, this diversity does not just have to occur one or two months out of the year. This incident whispers of a problem that I am not sure is resolved in my community, nor do I believe it is resolved in my country.

By way of a second narrative in a similar line of thought, I return to my school days first. As a junior high student in 1996, I encountered the novel, The Pearl by John Steinbeck. It never occurred to me that this book was considered racial or controversial in any way. The Pearl, however, provided an opportunity for yet another learning experience. It was a spring semester and a student teacher in my classroom asked if she might read the book with the class. I agreed to the choice and was curious to see what the student teacher would do with the text, since I had never taught it.

During her introduction of the text, I heard a student say, “I ain’t readin’ no book about no Mexican.” Shocked, I stood up, stepped into the classroom situation and said simply, “That is not how we talk about people and books in this classroom.”

The student, being somewhat compliant, was silenced and I never heard another complaint. I cannot account for any silent pushback that went on in the classroom under anyone’s breath, but my swift statement seemed to calm what could have been a storm of bias.

All of this reminds me, yet again, that racism and opposition is alive in the United States, and that my classroom was a place where I could send the message, with clarity, that all people are valuable.

Finally, my students had the opportunity to consider the violence presented in video games. Other books included in my classroom as part of reading instruction like The Hunger Games gathered criticism from parents for being too violent. I understood this concern and made it my practice to provide consent forms for students so parents could be fully aware of students’ experience with the dystopian novel.

In reading an article about violence in games, my students had the opportunity to speak from a variety of roles. I came up with the titles, Game Designers, Parents, Students, and Vendors. Students worked in small groups to construct arguments from the perspective of each of these voices both for and against violent games, based on evidence from the text.

Discussion and debate are processes that I quickly learned require modeling for middle school students. Young learners sometimes have poor examples of what it means to disagree at home, or on political programs where the goal seems to be to silent the opposition. I wanted to instill in my students a sense of balance in argument, and so I consistently returned to the model of intellectual debate that hears both sides of the issue and comes to a reasonable conclusion.

I posted expectations for how the discussion should go and returned to these guidelines any time it appears to our discussion would become a loud argument. This kind of approach requires pedagogical patience and a willingness to remind students about what is appropriate and what is simply trumped-up entertainment in the guise of thoughtful debate.

I would love to suggest that every lesson I delivered and all the texts I used were readily embraced by a group of voracious young learners. Sometimes there is opposition, and this sense of opposition might even begin at home. The two stories I share about racism represent a small section of the population I taught, but a presence, nonetheless.

As teachers building relevant lessons, sometimes we encounter the harshness of reality. I have shared three examples of situations in my classroom that were not easy to handle, requiring patience and even a bit of moralizing.

Part of being an educated person is recognizing that people are valuable, and that dialogue is important. Some of the best dialogue can occur with a well-chosen text and a teacher who knows their context.