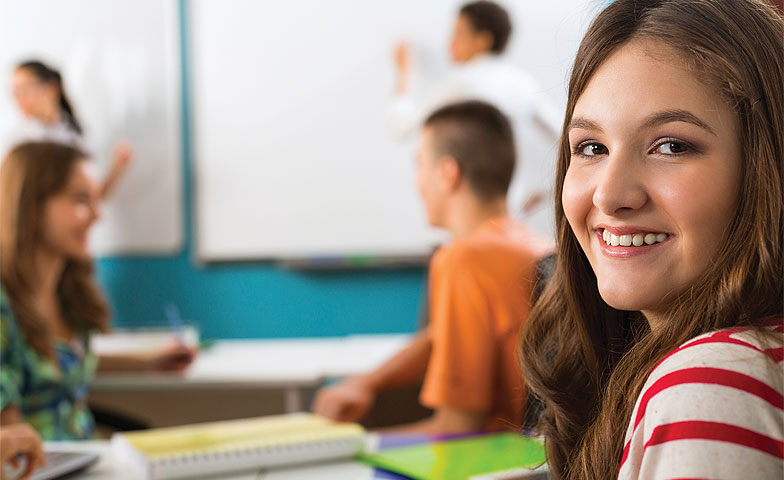 If you are tired of dealing with negative student behaviors day in and day out, you are not alone—in fact, you are firmly in the center of the average teacher’s experience. Still, managing difficult student behaviors eventually sucks the energy from most teachers, no matter how talented or experienced.

Teachers who make it long term and still love teaching 15 or 20 years later have certain qualities in common. For example, they:

So how can we help our most challenging students without completely depleting ourselves?

First, consider this: The students in our classrooms who are the most disruptive and who consistently make poor behavior choices have learned that adults are not trustworthy. They believe that in the end, all adults will eventually abandon or abuse them. This abandonment or abuse might be emotional rather than physical, but to these students it is a hard-learned truth.

Still, deep down, they hope there’s an exception—an adult who will treat them with respect, hold them accountable firmly but gently, and never give up on them, no matter what awful things they do or say. So they test us by acting out in class. By doing so, they are collecting evidence, watching, noting how we respond. We redirect their behavior in a calm, safe, and structured way—we pass the test!

But they’ve been down this road before. Any adult can pass one test. So they test again. And we pass again. But they know better. They’ve met lots of adults who can hold out, passing these tests for months, but in the end will always disappoint. So students act out even more and worse. They have to break us before we break them. And often, they do.

We are only human, and in the face of such a protracted onslaught of negative behaviors that gets worse over time no matter how safe, structured, and consistent we are, no matter what consequences we use, we eventually give up. Eventually we get exhausted. And because we get nothing back from the student, and therefore have nothing to show for all our effort, we begin to resent the student. Then we throw up our hands and say “He can’t be reached” or “She has to meet me half way” or “I led him to water, but it’s up to him to drink.” These are all the equivalent of giving up, of abandonment, and the student knows it.

Maybe we still go through the motions with them, but our hearts aren’t in it. We don’t truly believe they can change or even that they want to change. At the end of the year, they will become somebody else’s problem. And now we are just another statistic in their growing body of evidence against adults.

When we try all year but aren’t able to reach or help a particular student, that isn’t failure. Failure is when we stop caring about students and stop trying to help them.

Most of us routinely invest huge amounts of energy into our most challenging students, more than is healthy or sustainable. The thing is, we don’t have to exhaust ourselves in order to keep caring or trying to reach a student. We just have to believe in them, want to help them, and keep offering them the choice to do better. And we have to communicate to them in some way that we will be there for them, no matter what choices they make, because we care more about them than about their academic progress.

At the same time, we don’t let them slide. We keep holding them accountable for their behavior. Even consequences for non-compliance or defiance can be given from a place of internal empathy, while being firm and consistent. It’s the difference between giving a consequence that will teach them to make better choices and giving a consequence because we are sick and tired of their behavior and want to punish them for making our lives harder.

We have to keep holding them gently but firmly accountable for their behavior. And we have to keep believing that they can learn to be appropriate and engaged, even when all evidence is to the contrary.

Remaining compassionate while holding difficult students accountable is easier said than done, however. Here is a strategy that helped me and has helped many teachers I have worked with over the years.

Imagine that all your students have an invisible subtitle running along in front of them that is communicating to the adults in their lives what they really need. Everything else—the nonsense that comes out of their mouths and bodies during difficult interactions—is just noise, interference meant to get in the way of our reading and responding to their subtitle.

As much as possible, try to ignore the noise and respond to the subtitle. For example, a student might be yelling out, “This is stupid! Why we gotta do this?” while her subtitle might say, “This is hard for me. Help me to succeed and let me save face, too.” If I can find the subtitle instead of losing my cool and raising my voice and lecturing the student about disrespect and inappropriate language, I can respond more compassionately. I might say, “Yes. I know this is hard and sometimes hard things feel unnecessary and we want to avoid them. But I’m here to help. Let’s work it out.”

I’ve often been caught off-guard by a student’s outburst or resistance. When that happens, it’s harder for me to stay calm enough to remember to look for the subtitle, especially if I feel personally attacked. When I don’t have the time or energy to figure out what the subtitle might be, I throw in a default subtitle, such as “Please help me” or “Don’t give up on me” or “What can I do right now to behave better?” Any one of these helps me stay calm and respond productively to their misbehavior instead of unintentionally escalating the confrontation.

Remember, my baseline assumption is that student outbursts are tests to pass, not a show of disrespect. Consequently, it’s not personal; it’s a cry for help.

Over the years I have developed a technique that helps me when students confront or resist me during disciplinary moments. This six-step technique worked for me so often and in so many situations, as both a parent and a teacher, that I eventually started sharing it with other teachers—and lo and behold, it worked for them, too.

It works like this. When I ask a student to do something (or stop doing something) and he or she resists at an irrational level, I do the following:

Remember that defiance, disrespect, and confrontation in general are all just tests. Struggling teachers sometimes hold a belief that respect is something that should automatically be afforded them because they are the adult authority figure in the room rather than something they must earn through a series of interactions over time. Or, from the student’s perspective, a series of tests being passed over time.

I used to wonder why certain students never stopped testing me, even when I was safe, structured, and consistent for months on end. Then, in my fifth year of teaching high school, a difficult student from the year before came by my room for a visit. We chatted for a few minutes and before he turned to leave he said, “You know, you are a really good teacher. You are the best teacher I ever had.”

I was speechless. This was a student who was consistently confrontational, abrasive, off-task, and inappropriate in my class. Despite my best efforts, he never showed the slightest improvement in his behavior or his academic progress. He failed my course and had to repeat it in summer school. How could I possibly be, in his eyes, a “good teacher?”

This is when I first began to understand that just because students don’t change on the outside (behavior), that doesn’t mean they aren’t changing on the inside (belief). Some kids are battling a lifetime of not being able to trust adults. Some kids need to experience more than one year of consistent, loving accountability in order to internalize trust. We truly never know how we are affecting are toughest students inside, but we can assume the best about them … that they are working on it, even in the complete absence of any external proof.

Grace Dearborn is program director and senior teacher trainer for Conscious Teaching (www.consciousteaching.com) in Fairfax, California, and a frequent AMLE Conference presenter. This article is modified and expanded from an article published previously on Education World. grace@consciousteaching.com