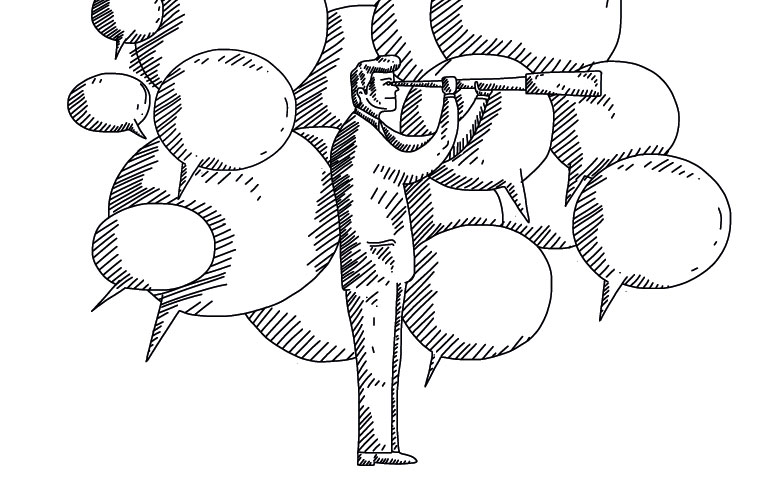 Middle schools devote attention to good beginnings such as orientation programs, building tours, and icebreakers meant to ease the transition. But what is the fitting end? Before middle schoolers pack up their lockers, cross the graduation stage, and say their goodbyes, what do we hope for in their last classes? At Hommocks Middle School in Mamaroneck, New York, eighth graders conclude with Capstone Projects demonstrating inquiry skills imparted throughout three years of middle school. Students finish middle school engaged in highly motivating individual projects, each researching a question of their own choosing.

What makes a Capstone Project worthy? First, it must spark intense curiosity and heartfelt passion. Second, there must be a “So what?” a meaningful purpose for the information in the wider world. Third, conclusions must be justifiable using evidence.

Capstone Projects have been as remarkable and diverse as our 400 eighth graders graduating every year. In the closing weeks of middle school, the interests of young adolescents are pursued and their voices heard.

Planning for Capstone Projects began three years ago. Our faculty was fortunate to learn about the inquiry process firsthand from experts including Barbara Stripling, past president of the American Library Association and founder of the Stripling Model of Inquiry; Warren Berger, author of A More Beautiful Question: The Power of Inquiry to Spark Breakthrough Ideas; and Steph Harvey, literacy specialist and author of Comprehension and Collaboration: Inquiry Circles in Action.

A faculty committee dubbed the “Dream Team” inventoried inquiry skills already taught in the curriculum, identified gaps, and planned how Capstone Projects would work in our school. During faculty meetings and teacher conference days, staff learned to relinquish their roles center-stage and instead became inquiry guides advising student-centered projects. A handbook supported the inquiry guides with day-to-day instructions and useful materials. The leadership of our school librarian, Kelsey Cohen, was indispensable.

With every eighth grade core and encore teacher, guidance counselor, and administrator serving as inquiry guides, the student-to-staff ratio was 7:1. Students were matched with particular inquiry guides either because there was an existing close relationship or because they shared a similar interest. Students choosing social psychology topics, for example, were paired with their guidance counselor. Students investigating the physics of pitching a curveball were assigned a science or a physical education teacher.

Capstone Days were scheduled in May and June after most state testing concluded. On these 19 days, six minutes were carved from regular instructional periods and consolidated at the beginning of the school day to form a 48-minute Capstone Period. Students began these days consulting with inquiry guides or with their seven-member cohort, or dispatched to the library or the hallway to work on their projects independently.

Capstone Days followed the sequence of the Stripling Model of Inquiry (figure 1). The first four days were dedicated to refining the inquiry question. Stripling calls these stages of the Inquiry Model “Connect” and “Wonder.” It’s a recursive process. Inquisitive students started with a broad interest, conducted preliminary research, reflected, then revised the initial question. The new question typically led to more introductory research and further reflection, followed by a new iteration of their question. The three-part criteria cited in the first paragraph (the student feels passionate, the inquiry has a meaningful purpose, and whatever the students’ answer might be is provable with evidence) determined when an inquiry question was Capstone-worthy.

Figure 1
The Stripling Model of Inquiry

The “Investigation” stage (figure 2) of the Stripling Inquiry Model was scheduled over seven Capstone periods. Students acquired background knowledge from both print and online resources, recorded notes in a journal, and cited sources.

A distinguishing component of our Capstone Projects was a field study requirement. The objective was for students to realize they were capable of contributing new information to the topic they were exploring. There were several field study options.

Interview an expert. A student investigating penal reform, for example, solicited the views of a parent who was employed as a prison guard.

Conduct a survey. The student questioning the value of homework polled classmates to ascertain how much time they spent on homework each night.

Visit a museum, historic site, laboratory, business, etc. The world was their classroom.

Next was the “Construct” stage in which students drew conclusions and constructed new understandings. They were making the inquiry their own. We used the visual metaphor of “connecting the dots” to explain the concept. A graphic organizer guided students to review their notes, to identify the most important thinking, and to ask “What does all this mean?” and “What ties together all your thinking?”

In the next stage, “Express,” the student presented what was learned. At Hommocks Middle School, the Dream Team named the public exhibition Hommocks-Con, a play on words of the popular Comic-Con event. Hommocks-Con took place over two mornings in June: the first morning for seventh graders and the second morning for eighth grade parents. In viewing eighth graders’ Capstone Projects, seventh graders were exposed to the type of work they were expected to complete the following year. Hommocks-Con took place in classrooms, with individual student desks arranged in a horseshoe pattern around the periphery of the room, an eighth grade presenter behind each desk, equivalent to a booth.

Striving for authentic presentations, eighth grade students considered the audience and the essential message they sought to convey. There were tri-fold poster boards, PowerPoint slide shows, and models. Some students put their audience to the test. A student researching how color influences marketing decisions programmed a marketing survey that uncannily predicted color choices based on the test-taker’s age and gender. Two students advocating for a therapeutic dog in our school borrowed a golden retriever “employed” as a campus dog in another school district. A boy investigating the growing popularity of food trucks constructed a food truck from red-painted cardboard, which he used to cook and serve three varieties of pancakes. Concerning equity issues in our economically diverse student body, we required students to fashion projects out of common school or household supplies or to use iPads dispensed to all students at the beginning of the school year.

“Reflect” is the last stage of the Stripling Inquiry Model. In this stage, students reflected on their learning. Students maintained an Inquiry Journal from the beginning. Summarizing their learning at the end, they responded to final reflection prompts, for example: “What were some of your ‘aha’ moments?” “What obstacles did you encounter, and how did you overcome them?” After some debate, the Dream Team decided to assess projects (there was an anti-assessment movement) using a rubric rating four dimensions: Evidence of Quality Research and Sources, Originality, Organization/Preparedness, and Works Cited.

Before Capstone Projects, and typical of many New York middle schools, Hommocks Middle School concluded with final examinations preceded by weeks spent preparing for exams. In contrast, our students now finish middle school practicing inquiry, a lifelong learning skill, and making learning their own. In masonry, a capstone is a large stone on top of a structure holding together the smaller stones beneath. That’s a fitting metaphor for Capstone Projects: students complete middle school putting together the most important lessons we’ve taught them the previous three years.