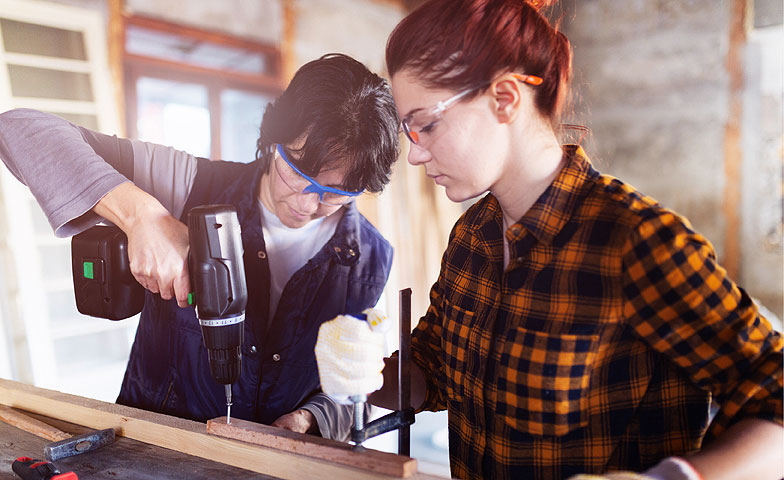 In September, my seventh grade students gave me a quick social snapshot of their class. As their new school counselor, I had asked them to submit their thoughts anonymously in a box, and they didn’t hold back. Their comments and questions ranged from the philosophical to the practical: “Why do people spread lies? If someone’s really rude to you, can you be rude back? How come people don’t realize it’s obnoxious to talk about grades all the time?”

Thirteen-year-olds must learn how to handle uncomfortable emotions and interactions, whether they get teased about a crush, feel slighted during a team project, or misinterpret a facial expression. Tamping down all that drama and building a cohesive community can take creativity. At my school, we’ve introduced separate boys and girls groups, held weekly counselor-led discussions and student-run meetings with the whole class, skyped with an expert on teen friendship, counseled kids individually, and met with parents. Even with significant student buy-in, it can be tough to broker peace among seventh graders.

In the end, our most successful intervention came as a surprise. We signed up the whole grade for a year-long, hands-on design experience at KID Museum, a local makerspace. After learning skills such as circuitry and fabrication, the kids were tasked with identifying real problems in our school community. They worked in small groups to brainstorm solutions and flesh out designs. As a culminating activity, they translated their vision into prototypes using their new STEAM skills.

A year ago, I would have been skeptical of any climate-building strategy that involved seventh graders and power tools. I was initially drawn to maker learning for a different set of reasons, including its ability to level the playing field for non-traditional learners and challenge advanced students. I valued how the design process fosters problem-solving and innovation, skills that will be increasingly critical as technology advances and more jobs disappear.

I also knew that hands-on learning would foster kids’ individual growth. Throughout the year, we used the maker experience to capitalize on opportunities to strengthen character traits such as grit and patience. We asked students to come up with goals and group norms, to keep reflection journals, and to engage in class discussions about triumphs and unexpected challenges. We encouraged them to weigh different perspectives, self-advocate, and work effectively in teams.

But while I expected each child to develop social-emotional skills, I hadn’t considered the cumulative effect of their personal gains. The unexpected payoff was a stronger, more cohesive seventh grade community.

Here are several things they did that improved seventh-grade harmony:

In the fall, the current seventh graders will mentor the next class to go through the program. One boy told me he’s excited to share how much you can accomplish if you work as a team, stay open to others’ ideas, and don’t get sidetracked by dumb arguments. “We discovered that with cooperation, we could build a whole door,” he said. “We did it together, and we all felt so proud of that door.”

I won’t drop my traditional counseling approaches, but I hope to continue incorporating hands-on learning. After all, how many counselors can say they use power tools to teach kids about kindness?