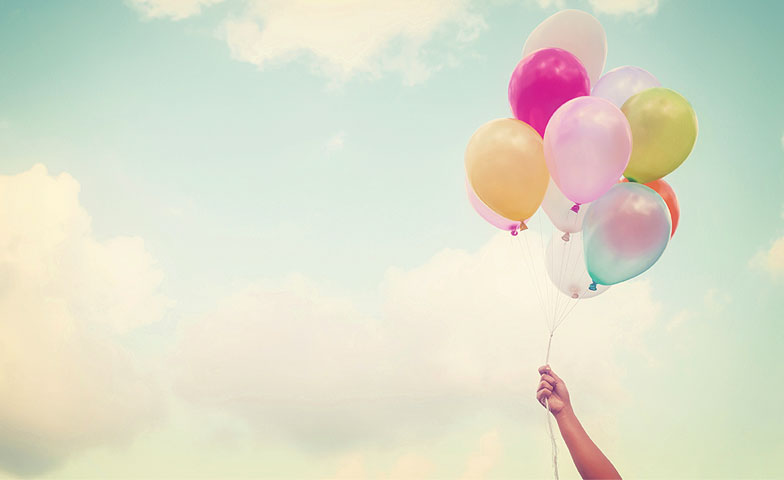 Finding your niche and keeping the passion.

Do you remember your first day of college? I do.

It was fall 2011 and I had arrived at Bowling Green State University to major in adolescent to young adult education, which covered grades 7–12. I showed up nearly 45 minutes early to my first class, Introduction into Education, to choose a seat. I didn’t want to appear too eager to my peers or not eager enough to my professor.

I was practically radiating nervous excitement. To me, this was it. This was the day I finally started working toward my dreams of becoming an educator.

Fast forward to 2012. I was disappointed with my major. It wasn’t the education aspect—oh no, I still loved being in the classroom and working with students in any way possible. But there was something I couldn’t quite put my finger on. After speaking with several professors, my advisor, and other education majors, I asked to be assigned a classroom of students much younger than the tenth- and twelfth-grade students I had been working with.

The next semester, I walked into a fifth grade classroom and I was hooked. It was like everything had finally clicked for me; middle childhood education was where I belonged, it was where I needed to be, and it was where I knew I would make the most impact in students’ lives.

Although I had finally found my place in the educational world, there was still one problem. It seemed as though the educational world was filled with nihilists. I like to think of myself as having pretty thick skin, but there’s just something about hearing every possible negative remark about your passion that starts to wear on the nerves rather quickly.

From the time I became an education major I’d heard it all: “How will you ever make a comfortable living?” “Aren’t you worried about being hurt?” “Why would you want to work such a thankless job?” “I could never be a teacher, but good luck to you.” And my personal favorite: “At least you have the summers off, right?”

At first, most of the harsh “realism” came from friends, family, and students in a variety of other majors. Then it started coming from the very people I thought understood how ridiculous all the questions were: other educators. My professors at Bowling Green told us to stay out of the teachers’ lounge, and for good reason. By the time I was a junior, I was walking around like a deflated balloon.

It was during my junior year that I had a class with a middle childhood major named Kathleen. Kathleen was the president-elect of our university’s Collegiate Middle Level Association chapter. I had never really thought about joining groups before, and no one had ever approached me about CMLA, but Kathleen was in love with CMLA and she wanted to share that love with anyone who seemed interested, which included me.

I eventually attended a CMLA meeting, and it didn’t take long before I was signing up to travel to the Ohio Middle Level Association Conference, which was held in Columbus that year.

As I headed to the conference, I was still feeling down about the outlook of my chosen profession. If I heard someone liken it to being a glorified babysitter, I wasn’t sure how much longer I could last. Many of my classmates had already changed their majors to something less stressful.

As we stepped into the hotel for the keynote address, I wondered if I was going to hear the same negativity. I hadn’t researched a lot of professionals in the education field, at least not yet, and I wasn’t sure what their outlook on education was. I was prepared to be disappointed. Let me tell you, I was not. It was like being hit in the face with a burst of fresh air. Everyone there was excited; they were passionate!

I could talk about all the amazing things that happened that weekend, but I would need more space. However, one thing that stuck with me from that conference was one of the keynote “presentations.” I use quotation marks because it wasn’t really a presentation or speech, it was more like an art performance.

I watched Rick Wormeli dance up and down the aisles, singing his remix of the Sound of Music’s “Do-Re-Mi” like nothing I had ever seen before. And he was singing about differentiation. Differentiation was making me more excited about my future teaching career than I had been in months.

I became as involved in CMLA as was possible. I ran for our executive board and became programs director, in charge of finding speakers for professional development meetings. I volunteered. I did everything I could to get more involved.

I was energized, I was ready to take on the world and everyone who told me that teaching wasn’t a real career. I knew that no matter what anyone said, this was where I belonged.

The next year, I traveled to Kalahari in Sandusky, Ohio, for the 2014–2015 OMLA conference, where I was awarded the Kathy Hunt-Ullock scholarship, for which I had applied. That conference was just as invigorating as the previous one. I especially remember Ron Clark’s enthusiastic plea to us all to be the most amazing teachers we could be.

I’m now in my last year of college, doing my student teaching. I still hear talk of how the outlook for new teachers is dismal, even if the projected number of openings is higher than it’s been in years. People continue to warn me that I’m going to regret my decision years down the road when I’m burned out.

But I have inspiring professors, I have a supportive cooperating mentor teacher, and I have peers who helped me find my way to CMLA, OMLA, and AMLE. These organizations restored my passion to get back on track to becoming the most effective educator possible.

I also must acknowledge my Uncle John, whose pep talks gave me endless encouragement and helped me get to this point. After all, I’m going into the most rewarding profession in the world, and the best is definitely in the middle.