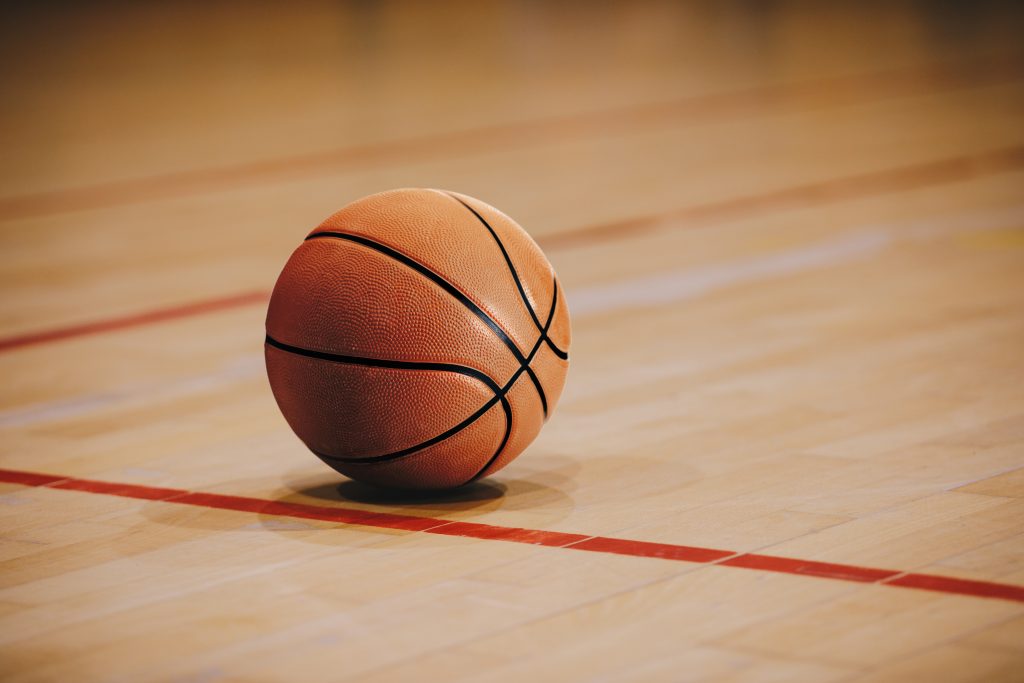 As a Latin teacher, I struggle with creating authentic learning experiences. Most authentic Roman cultural experiences would get me reprimanded or fired. Authentic Latin literature? I teach beginning Latin to middle school students. Yesterday a student put verb endings on a noun.

I am, however, an authentic teacher. If I am to be truly authentic with you, I must admit that advisory period was the highlight of my week. Advisory groups, formed by grade and interest, were assigned to every teacher – except me. My advisory group was… nothing. Somehow I had escaped the notice of my administration. Then the unthinkable happened.

“Andrea, I need you to help with the basketball advisory,” the AP informed me.

First, NO! I accomplish so much during that block.

“I don’t think you thought this through,” I countered, “I hate sportsball.”

“No,” said Fritz. “You are great at connecting with kids. You got this.”

Thirty basketball-loving middle school boys don’t want to hear that  ‘basket’ is derived from the Latin bascauda, a finely woven wicker mat. I imagined how my new advisees would see me, and I found myself wanting.

I’d like to say that the facilitation of intergroup context came to mind. Most of the boys had at least one marginalized identity – race or socioeconomic background – and many struggled academically. I’d like to say that I thought about leading critical conversations to help them emotionally and academically maneuver through the power and privilege imbalances of society. I could support and empower these boys to embrace their racial identities.

I needed a game plan, but I hated sportsball. All sportsball. My authentic self thought about the words of the Roman author Seneca – gladiator in arena consilium capit. Seneca warned that a gladiator who makes his plan in the arena is too late. I needed that game plan now.

My (then) boyfriend was a sportsball fan: the Dallas Cowboys, the New York Yankees, the Philadelphia Seventy-Sixers… the Sixers! My game plan launched on a full court press.

“Guess my favorite team,” I challenged the boys. Wizards? No. Warriors? Lakers? No. At that moment the lie was spun. “It’s the Sixers!”

Eyes narrowed. The Sixers? Are you from Philly?

“Nah. I’m old school. Dr. J. AI. Moses Malone. I even had Dr. J sneakers.” Did Dr. J even make sneakers for girls? The boys, mouths open, stared. I couldn’t blame them. I was staring at myself. Dr. J? Did I just claim to be a Sixers fan from my childhood?

Who’s your favorite player? I remembered one name: “Ben.” Swish. Nothing but net. They bought it. I was a Ben Simmons fan and, even better, a baller.

I had fooled them today, but tomorrow? I had exhausted my knowledge. That evening, I went to the starting point of every middle school research project: Wikipedia. Ben is one year younger than my daughter. He’s Australian (Fact to nonchalantly work into conversation: twenty-five percent of NBA players are international)! At 6”10, he doesn’t fit in a king-sized bed, and he’s seventeen inches taller than I am.

Ben is a point guard. According to my source, point guard is the basketball equivalent of the quarterback – a comparison lost on me. I have noticed, however, that Ben is the one who dribbles the ball down the court. (FYI – never say bounced (even though bounce derives from the Dutch word bonken)).

I didn’t watch the games, but I checked the scores and read game summaries. I leveraged my knowledge: I used to yell (in vain) for students to get to class when they clumped in the locker bay. Not anymore. When the Sixers lose (horrors!), now I’ll shout, “My team lost. Don’t mess with me today!”. The students laugh, call the Sixers trash, and (miracle of miracles!) move to class. When the Sixers win, I’ll wade into throng and ask the clumps if they were talking about the Sixers game. For some reason, the crowd immediately dissipate.

Slowly, my lie ensnared me and became my truth. On Sports Jersey Day during Spirit Week, I wear my #25 Simmons jersey. I don’t just follow the games – I’ve now been to four games. It turns out that my authentic self is a liar.

My AP was right – I do connect with kids. That connection is the key to my authenticity. I don’t teach because I love Latin or derivatives. I teach because I love children, and Latin is merely a vehicle to let me be part of a child’s life. I may not have thought about social-emotional learning, but my instinctual game plan didn’t need theories or evidence. My game plan wasn’t to become a fan of the Sixers. My game plan, though I couldn’t articulate it, was to connect with 30 boys who liked basketball.

Basketball was not my comfort zone. In fact I still don’t understand zone defense (FYI – zone comes from the Greek word for girdle.). But authenticity isn’t about what I like – it is about what I’m willing to be for my students. Students don’t always need a hero. Sometimes they just need someone to talk basketball.

Those boys are out of middle school, but I still think about them whenever I don my Sixers jersey. They have moved on, but I still have the Sixers – and Ben.

Andrea Weiskopf teaches Latin and Communications for River Bend Middle School and Willard Middle School. She avoids grading by reading or following the 76ers. She may be reached at andrea.weiskopf1@gmail.com