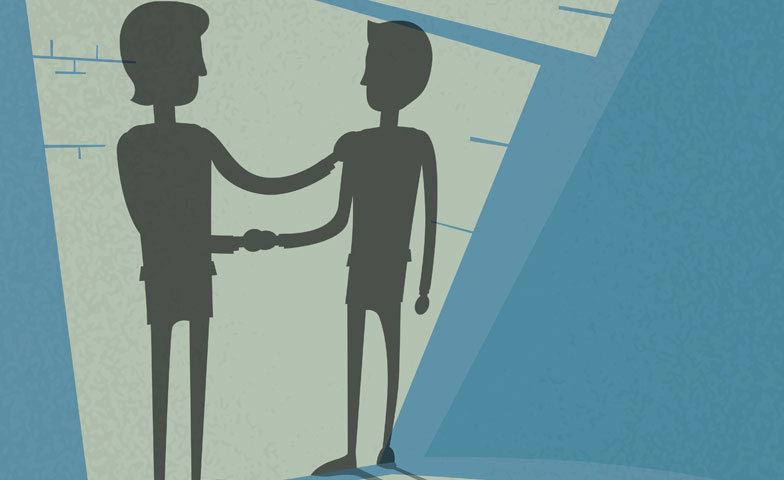 Making students who move from school to school feel welcome.

A Florida newspaper reporter asked me what life is like for the student who moves three or more times a year. So I gave him this scenario, and the conversation developed from there:

You are a fifth grade student. Your mom wakes you up in the middle of the night and says, “Hurry up. We’re going to move. Here’s a trash bag. Put in what you want to take with you. My sister is here to get us.”

Reporter: Why the middle of the night? Why a trash bag?

Most courts won’t evict you until you are 90 days late with a rent payment. So you leave the night before you get evicted. The trash bag? It’s you, your mother, three younger siblings, and your aunt—all getting into one car. There isn’t much room, and trash bags are “squishable.”

Reporter: What will the fifth grade boy take with him?

He will take his shoes or flip-flops, his jacket/hoodie, GameBoy and/or cell phone, the dog (if there is one), and maybe a stuffed animal.

Reporter: What will his mother take with her?

She will take paper records (if she can find them), the children, a few mementos (if there are any), and some clothes.

Reporter: What will be left behind?

Clothes, dishes/pans (if there are any), TV (can’t fit it in the car and probably is a rent-to-own), any books or things from school (food is gone and DVDs are often pawned), furniture (often rent-to-own), cats/fish/hamsters/exotic pets (snakes, hedgehogs, lizards).

Reporter: What happens next?

You go to your aunt’s house. It’s 3 a.m. Your aunt has three children, so now there are nine people in the apartment. You lie down on the floor next to your 5-year-old cousin because there aren’t enough mattresses. You cover your head with your hoodie. Your mother wakes you at 7 a.m. and tells you to get ready. You will go to your new school today.

Your clothes are damp because your cousin wet himself during the night, and some urine got on you. There isn’t time for a shower; you barely get to use the bathroom. You go to your new school in the clothes you have on.

You aren’t happy to go to your new school. You know it will take at least one fight to establish that you aren’t a wimp. Is your teacher happy to see you? Well, you’re the fourth new student she has added this week.

You just want to be left alone. You’re tired, hungry, and miserable. You don’t know where anything in the school is. And you think you will have to move again pretty soon because it won’t be long before your mom and her sister get into a fight.

How Can Educators Help?

Educators can help highly mobile students transition into the school. Here are some ideas:

1. Have your PTO/PTA make “new student” folders that include:

2. Make sure each new student has a student “ambassador” who helps the student find his or her way around the building and eats with that student every day for a week, making sure the newcomer feels included.

3. Assign an adult to talk to the new student for 3–5 minutes every day on a one-to-one basis. Make sure the student has a relationship with at least one adult in the school.

4. Ask the school counselor to call the parent or guardian after the first week (if possible) to talk about the child and discover whether additional support is needed.

Why would you do this if the student will probably move again in three months?

No responsible educator would, in effect, punish students for coming from an unstable, unpredictable environment by ignoring them and seeing them as a burden.

Research indicates that all learning is double-coded—both cognitively and emotionally—so educators should strive to make the school feel safe and welcoming. When students believe there is an adult who cares for them, that they are important enough to be given support, they are less likely to become “social isolates” who cause problems.

A principal of a high-poverty neighborhood school between Dallas and Fort Worth works so hard to create a welcoming, inclusive environment for her students that parents often come to her and say, “We have to move, but we want to stay in your school. How can we do that? My children are so happy here.”

A fifth grade teacher tells of a boy who came into her class mid-year. He had tattoos, body piercings, and wore multiple chains. The principal had begged her to take the student.

The teacher first built a relationship with him. She put sticky notes in his desk to let him know when he did something right. She helped him learn to read. She explained that he didn’t need to be tough every minute he was in her class because he was safe there.

It finally became known that his dad was using him in neighborhood apartment “cock fights” as a human “cock.” His dad was taking bets on him.

The boy left abruptly before the year was out, and the teacher ended up cleaning out his locker. She discovered that he had saved every sticky note she had written to him. I am certain this boy will never forget the teacher who cared about him.

Such are the gifts we can give without ever knowing the outcome.