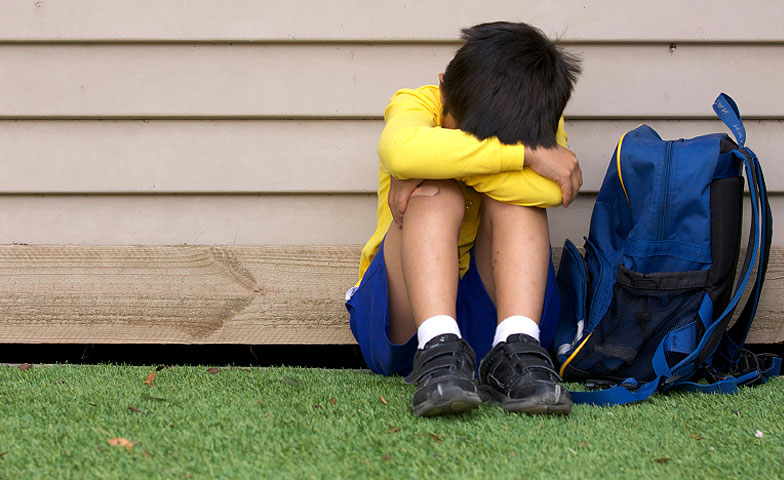 A Call to Action for Middle Grades Educators

Read More… from Understanding Bullying So We Can Challenge It

Mark is an eleventh grade student who is active in several student activities and groups, including soccer, honor society, and the gay-straight alliance. One afternoon before soccer practice, three of Mark’s male classmates start verbally harassing him, calling him “gay boy” and “fag,” while other students stand by watching.

Mark tries to ignore them but the harassing escalates until one of them intentionally trips Mark, who falls and suffers a bloody nose and cut lip.

Ella and Lisa are two eighth grade girls who have been best friends through elementary and middle school. This year, Lisa began playing goalie on the soccer team and was teammates with a clique of popular girls in the school. Recently, Lisa had a conversation with the girls where they told her they wanted her to be part of their group, as long as she stopped being friends with Ella, because she was overweight. The girls persist by making jokes about Ella’s weight and referring to her with derogatory names.

Unfortunately, we hear these stories all too often.

Bullying is defined as, “Repeated actions or threats of action directed toward a person by one or more people who have (or are perceived to have) more power or status than their target in order to cause fear, distress, or harm. Bullying can be physical, verbal, psychological, or any combination of these three. Bullying behaviors can include name-calling, obscene gesturing, malicious teasing, rumors, slander, social exclusion, damaging a person’s belongings, threats and physical violence.”

According to government statistics on bullying, 70.6% of young people have seen bullying in their schools, with almost half of that number being directly affected by it. Why is this happening? What can YOU do to help decrease the occurrence?

As we are witnessing a shift toward increasingly diverse school communities, it is important to understand how to create and cultivate inclusive school environments that allow ALL students to thrive.

Middle level educators who understand how bias intersects with name-calling, bullying, and cyberbullying behaviors, can improve their ability to assess bias-based incidents of bullying and respond to challenge those incidents when they occur.

This October, at AMLE2015, Tabari Coleman and Emily Muskin of the Anti-Defamation League (ADL) will lead the featured session, “Boxed In/Boxed Out: How Stereotypes and Social Norms Harm Youth and Contribute to Bullying.” Drawing on recent examples, as well as participant experiences, this interactive workshop will explore the relationships amongst bullying, stereotypes, social norms, and school climate, and participants will discuss strategies for responding to bias-motivated bullying and creating inclusive school environments for all students. Also from Coleman and Muskin is the session, “Choosing Ally Behavior: Empowering Young Adolescents to Combat Bullying.”

Tabari Coleman is the project director for the A WORLD OF DIFFERENCE ® Institute for the Missouri and Southern Illinois office of the ADL. Email: tcoleman@adl.org

Emily Muskin is associate project director in the Cleveland office of the ADL and oversees the A WORLD OF DIFFERENCE ® Institute’s anti-bias and bullying prevention programming. Email: emuskin@adl.org

A leader in the development of educational materials, programs, and services, the Anti-Defamation League builds bridges of communication, understanding, and respect among diverse groups, carrying out its mission through a network of 27 regional and satellite offices in the United States and an office in Israel.