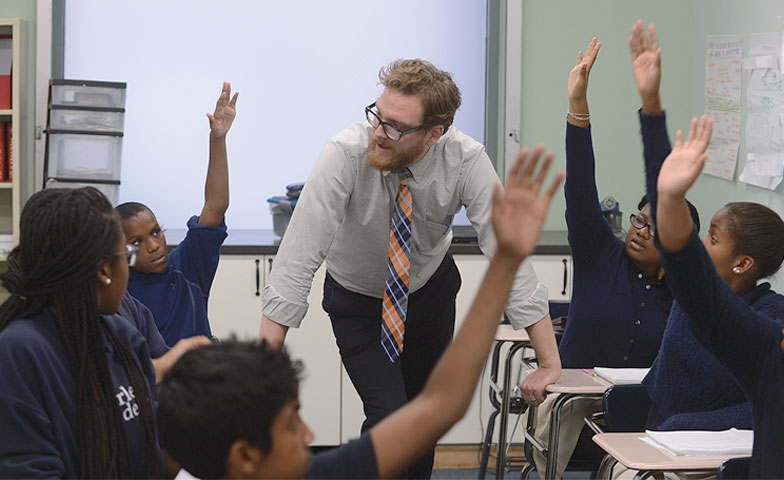 A case for primary source analysis.

Jay Leno: Debbie, where you from?

Debbie: I sure am.

Jay Leno: What country did we fight in the Revolutionary War?

Jay Leno: What does the Emancipation Proclamation mean What did it do?

Jay Leno: No, the Emancipation Proclamation. What did it do?

Jay Leno: You’ve heard of it?

Debbie: I have heard of it.

Jay Leno: It freed the slaves.

Debbie: It did. Yes, that’s right.

Unfortunately, Debbie and the other interviewees on Leno’s “JayWalking” segments are not outliers. Just 20% of fourth graders, 18% of eighth graders, and 12% of twelfth graders achieved proficiency in U.S. history on the National Assessment of Educational Progress. In fact, U.S. history is America’s lowest performing subject.

What’s Wrong With the Textbooks?

Is the problem that our history courses fail to explain the Emancipation Proclamation and the Revolutionary War? Of course not. Americans recall so little about our nation’s history because we do not engage in meaningful questions with enough depth to make the information memorable. The broad scope of U.S. history, the multiplicity of perspectives and contexts, and the sheer volume of material leave traditional textbooks to simply “cover” the material, favoring cursory memorization over deep engagement.

In designing the history program at Harlem Academy, our goal was to challenge students to tackle the big questions of the discipline: the arc of our nation’s history, the key drivers of change, and the causes and effects of the transformational events that have shaped our country.

In 2010, we threw away our traditional textbooks and set out to develop our own two-year U.S. history curriculum based entirely on primary source analysis. Below we describe some of the benefits—both expected and unexpected—of this approach.

Our seventh grade year begins with Paul Revere’s famous engraving. Students begin by noting details in the pictures: smoke and guns, soldiers in uniform, an unarmed crowd. They conclude that it depicts a bloody massacre in the streets of Boston.

Then they read an account from Captain Preston who led the troops in Boston, arguing the soldiers were provoked and killed only five people. Students continue to unravel a series of conflicting narratives, and they come to conclude that Revere created this image as propaganda meant to inflame passions.

Teaching students that the information they read must be questioned is perhaps one of the most critical skills for success in the 21st century. In the age of the Internet, the ability to critically evaluate information and its sources is a prerequisite for meaningful, informed citizenship. Rather than a hollow reminder of the importance of validating sources, the practice of using primary sources in place of textbooks impels students to construct their own understandings in ways that will not be quickly forgotten.

Primary source analysis is a central tool in developing students’ confidence when faced with challenging texts, and is increasingly recognized as a fundamental component for college and career readiness. Several Common Core Standards focus specifically on the use of primary sources, including:

To decode primary texts, we read passages aloud as a class with a highlighter and pen in hand, marking important ideas and highlighting unfamiliar words. When a student says, “Ding!” the class stops to redefine the word. Students can then draw on their marked-up texts as they consider some of the most difficult and contentious questions in our country’s history.

Primary sources offer a valuable (and often free) tool for advancing the critical skills in reading and writing that students need to thrive in secondary school, college, and the workforce.

Despite all the attention it gets, teaching empathy is difficult. We know that, like any other habit, developing empathy requires intentional practice.

Compared to most opportunities to practice empathy, primary source analysis requires students to bridge significant gaps (e.g., temporal, cultural, geographic, etc.) to connect emotionally and understand another person’s perspective and motivations. Students must “stand in someone else’s shoes” and relate to their circumstances, interpreting actions within historical constraints rather than present standards.

In the exercise of perspective taking—often with individuals who possess reprehensible stances on topics such as segregation—students develop critical life skills. Students who seek to understand the actions of those around them are better prepared for conflict resolution and problem solving in their own lives. As students learn that history is driven by basic human motivations, desires, and fears, they come to understand the role of individuals in defining our nation’s path and their own potential to affect change.

Ready to Throw Out Your Textbook?

Here are some resources to help get you started: