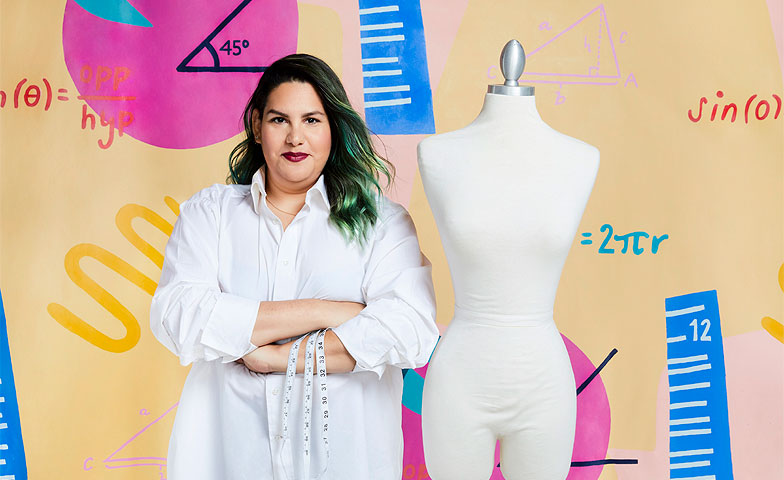 STEM starts with the end in mind

By the time students transition to high school, the disparity between girls’ and boys’ interest in STEM is already evident. Three decades of research show that an average of 15.7% of freshman girls express interest in STEM careers in comparison to 39.5% of their male peers. With 75% of the fastest-growing occupations over the next decade requiring preparation in STEM, girls will be left behind from the workforce of the future. Girls need more opportunities to see how STEM comes to life in careers that interest them.

The Light A Spark initiative is encouraging young girls to consider a career in STEM by introducing them to exciting and unexpected STEM careers. The three tips I encourage middle school teachers to use to close the gender gap in STEM-based careers are detailed below.

Growing up, math always came easily to me. One day, my middle school teacher saw my doodles and asked if I wanted to be a fashion designer. Although I had a love for fashion, architecture seemed like the more obvious career choice because math was my strong suit. She helped me understand that mathematics plays an essential role in fashion design.

My STEM background has allowed me to develop cutting-edge, highly technical creations. Arguably, the coolest project I’ve worked on was incorporating electromagnetic engineering into a gown, where any movement would cause the gown to change colors.

A huge challenge is that STEM is often disregarded due to perceived difficulty, which discourages students from pursuing STEM long-term. However, if educators shared the unexpected careers involving STEM, a student’s interest can override feelings of inadequacy.

While part of the equation is connecting students to interest-based STEM careers, another part of the battle is shifting beliefs that a career is not for them because they don’t see role models they relate to.

One of my fellow STEM Innovators in the Light A Spark initiative, Anisha Vyas, learned of her dream job from an engineering professor who mentioned working with a theme park. Now, she’s a Ride & Show Engineer for Universal Studios and travels the world opening parks across America, Europe, and Asia.

However, at first, it wasn’t easy being an “Indian girl with a Chicagoan accent” in a field dominated by men. When she started, she remembered thinking: I am all the diversity in the room, and she questioned whether that was why she had a seat at the table, but she decided in that moment to believe she brings as much to the table as her male counterparts.

Elevating Anisha’s story can inspire those who are interested in her career path, but also for those who’ll face the same barriers, discrimination, or share the same fears, and ultimately inspire them to follow in her footsteps.

Another fellow innovator, Diana Ma, combined her passion for basketball and statistics by helping the Lakers maintain a competitive advantage as a data scientist. As a woman in statistics and professional sports, Diana found herself a trailblazer on two fronts, which, inevitably, led her to battling imposter syndrome to get to where she is today.

When she was in college, she had to complete an assignment using any data set she wanted. Naturally, as an avid basketball fan, she chose to use NBA stats. She attended an event featuring a director of basketball analytics. After the event, she introduced herself to discuss her project and ask for advice. As a result, he shared that the Indiana Pacers were hiring basketball analytics interns. She debated whether she should apply. After taking the plunge, she received an internship offer, launching her dream career.

Sharing relatable stories like Diana’s can be the tipping point for girls when they face self-doubt. But as Diana says, “It’s always going to be a boy’s club if women don’t create a space for themselves.”

Leveling the playing field requires coming together for young girls in STEM and stoking the fire to burn throughout the career of their choosing by celebrating diversity and risk taking and embracing the insatiably curious who are willing to take on some of our more complex problems. For middle school educators, to #LightASpark starts with a sharing a story.

Learn more at lightaspark.org and join the conversation by using #LightASpark.