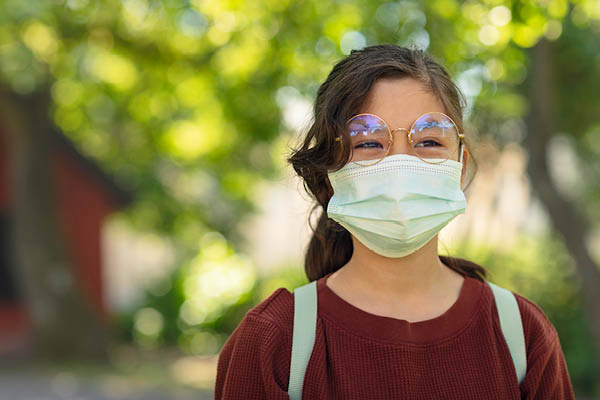 Each year I look for new and creative ways to introduce the content in my class. Each year, the expectation of educating, entertaining, and inspiring my students is my top priority. However, this year…well, this year, things are slightly different. 2020 has thrown educators a pretty drastic curve ball. The high expectations we hold ourselves to are still there, but now we have to add the element of masks, social distancing, teaching both in person and virtually at the same time, dealing with anxiety over a pandemic, and understanding that rules and regulations will be fluid and ever changing. Essentially, we are creating, tweaking, restructuring, tweaking again, and then presenting our lessons this year…and hoping for the best.

However, as is often the case, with change comes opportunity. We as teachers don’t always embrace change. We are creatures of habit. That’s not a bad thing, just a reality. But 2020 didn’t lend itself to just keeping the status quo. So, as I sat back over the summer and thought about how I was going to teach the same material, but in a very different way, my creative juices started flowing. But it wasn’t until I reached the topic of Westward Expansion and Lewis and Clark’s journey into the great unknown, that I started to make the connection between what they went through and what we are going through today. We both, in a sense, were entering the “Great Unknown.”

I had always enjoyed the story of Lewis and Clark. A story filled with action, adventure, curiosity, danger, strategy, and heroism. The Corps of Discovery was required to rely on one another for survival and success. Much was riding on this experience and the results…the nation was waiting with bated breath. And individuals who understood the seemingly impossible task that had been bestowed upon them believed they would fail. Sounds eerily familiar to teaching in 2020.

Ok, maybe a bit of a hyperbole, but in both scenarios, entering the great unknown was a reality. So, I started to think about how I would teach Lewis and Clark this year. I was inspired and believed that I could continue to create a creative and participatory lesson that would allow my students to put themselves in a situation where they could truly appreciate the expedition into the west. I knew that there would be limitations and regulations to be aware of though. Collaboration and exploration are both very important 21st century skills, but what do these skills look like during a pandemic with strict guidelines and fear being rigid parameters. I decided that I would put it all to the test.

After introducing the concepts and ideas of westward expansion and the effects it had on our country, I started to hone in on the key players and groups that led the charge of discovering the west. I spent time discussing 49ers, mountain men, pioneer women, and religious trailblazers like the Mormons, but then I did my grand introduction to my favorite explorers of all…Meriwether Lewis and William Clark. We watched a video on who these two explorers were as individuals and then learned a bit more about their partnership in the Corps of Discovery and the role they played in opening up the west.

Once students fully understood the goals and expectations of the Lewis and Clark expedition, I broke the students into small groups of four. Each group needed to come up with peace medals (in case they run into native tribes), a motto, a symbol to represent their group, and a name. They were then tasked with the assignment of exploring our campus…but with a little Lewis and Clark twist. Equipped with clipboards, peace medals, and cell phones, they were ready to set out on their journey.

However, knowing middle school students, I made sure to provide some structure. This guidance came in the form of specific mini missions strategically placed throughout the campus for students to find and respond to. Students were given the locations of these missions before they left and it was explained to them that they would need their phones to reveal the instructions for each mission (QR codes). These missions included activities like create a eulogy to a fallen member of your group. Along with the eulogy, students needed to create a memorial out of the nature around them.

Another mission asked them to record (take pictures of) the potential resources, wildlife, and botany findings on campus. Who would thrive on this land and why? What kinds of economic benefits can be seen? These missions all have very specific (Lewis and Clark-like) expectations for the students. These missions kept them in observation and recording mode throughout the activity.

Journaling is also an important part of the assignment, as each student is responsible for recording their experience. I ask for specific details to be referenced in the journals, but much of the assignment is a creative writing opportunity for the students. They also must create a map of their overall experience, providing key stops, native encounters, botanist and naturalist sightings, and key landmarks. For many of my artsy students, this is the highlight of the activity, as it gives them a chance to showcase their skills.

Students need to be reminded to keep socially distanced and to keep their masks on throughout the class, but it’s a chance to be outside and they have fun with the activity—a small price to pay. The experience gave us a chance to see what participatory learning could look like during these trying times. The students desperately miss the engagement that they were used to in the classroom. They miss the opportunities to collaborate and debate topics with one another. The fear of this year just becoming a year of being glued to your seat, looking straight ahead, and just receiving information from the teacher doesn’t have to be a reality. We just need to get a little creative and channel our inner Lewis and Clark to get the kids to enter the great unknown along with us.