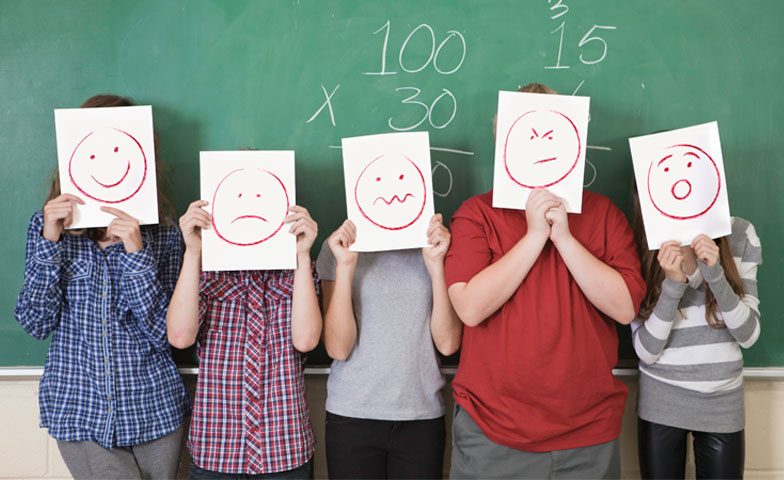 Middle school students are going through a difficult stage of life. Here are three things educators should keep in mind.

I hated middle school. It seemed like a cruel joke almost 20 years ago that the only job I could find was teaching remedial English to sixth, seventh, and eighth graders. When I tell my students that I hated middle school, I always explain that some of my favorite memories also happened during those years. I share that I didn’t really hate middle school itself, but I hated the way my mind worked back then. What do I mean? I mean that I hated the constant second-guessing of myself, the tears I simply couldn’t stop, the ups and downs of every relationship, the elation and devastation of my first crush, and the constant feeling of being caught off guard. In other words, my middle school mind was like me now, but on my worst days! If our students are going through this same tumultuous experience, how can we be expected to teach them? When dealing with adolescents, the 3 S’s of the Middle School Mind might be helpful:

One of the beautiful things about turning 40 was that all of the self-consciousness of my life seemed to fade away, perfectly timed to embarrass my own children. It is hard to imagine that I ever thought, “Do I have the right kind of nose?” or “Am I allowed to dislike Disney movies?” or “Can I still have my Hello Kitty pencil case this year?” However, my daughter, heading to eighth grade this year, reminds me just how self-centered the world is at this age. It isn’t that she isn’t thoughtful and kind, but rather, just like all her peers, she is always thinking of the world in relation to herself and her place in it. I’ve watched her change clothes three times just to go to the grocery store, vacillate on the music she likes, and lose sleep over the most minute things. In a fit of desperation one night, I said, “Zoey, no one cares. They aren’t paying any attention to you. They are too busy worrying about themselves.” Her response is one that I take into the classroom with me: “I know they aren’t, but it feels like they are, and it is the same thing.”

The tricky part about this hyper self-consciousness is that it creates a complex dichotomy between “No one look at me” and “Please, pay attention to me.” Middle school students, even those who don’t act like it, are dying to be social and to be a part of the crowd while also standing out from it. This is probably the area that I most focus on with my students because it is the one I’ve learned to orchestrate over the years. Creating a culture of caring and acceptance, a place where it isn’t acceptable to be judgy about each other, and a space that celebrates all kinds of talents and personality quirks has been my goal for the last decade. I’ve succeeded in large part because I practice an engaged sort of empathy that is a constant reminder that middle school is tough, and if I can create a space where they are encouraged to be social while learning, then I’ve given them some life skills that will help them equally as much as where the comma goes with coordinating conjunctions.

As I was thinking of the final “S,” I was half-tempted to put “surly” or “snarky” or my daughter’s favorite word for the eye-rollish attitude, “salty.” At the center of all these reactions, though, is an extreme sensitivity, one that I see more in my male students than you might expect. When a tense moment arises—and they will, no matter what kind of culture you aim to create—what I notice is that the young men are frequently operating from a place of hurt or embarrassment, not anger. Many grown men still struggle with expressing their sensitive side, so expecting middle school boys to do so is probably unrealistic; however, with a shift towards restorative practices, I’m seeing progress.

When I think of my own middle school experiences, I am floored by all that I was expected to handle. As I look out at my students, I see that they shoulder even more responsibility than I did, they are living their lives online with audiences of thousands, and they are struggling to appear confident and cool. If we can do anything to help these kiddos navigate the tricky open waters of adolescence, let it be by creating classrooms that are safe islands where they are free to be themselves, socialize, and be sensitive.