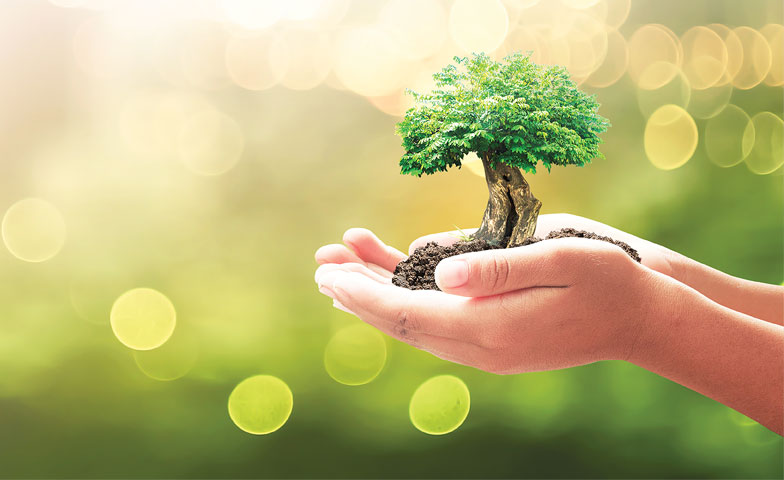 Change. A six-letter word bandied around a lot. Politicians use the word every election cycle to argue for the need of the electorate to select new leaders. In a democracy, change means so much more. Citizens have the ability to interact with and change existing social, cultural, and political institutions through their actions (Barton, 2012). After all, being a democratic citizen is not a passive process. As the National Council for the Social Studies (NCSS) stresses, democratic citizens are the stewards of all aspects of their world (NCSS, 2013). This includes issues connected to the environment.

In this article, the authors discuss how to use two trade books to look at the positive impact people can have on environmental issues. Each trade book is briefly discussed, and the steps for implementing an activity for each are provided.

With the increased emphasis on content area literacy, trade books have a great deal of potential for our middle school social studies classrooms. They allow students to explore a topic in more depth than a textbook and often provide sources for further research. Over the last several years, there has been an increase in the number of trade books that focus on environmental issues.

Environmental issues are caused by a variety of reasons. First, people’s actions intentionally or unintentionally can create environmental catastrophes. For example, people not using proper agriculture practices played a pivotal role in leading to the Dust Bowl. Second, changes in weather and climate impact human systems and set up the potential for environmental problems. For example, the severe drought in east Tennessee during 2016 turned what would have probably been a minor fire into a tragedy. The key takeaway from these examples is that people and their environments have a symbiotic relationship. This means that governments and people must be considerate of these realities when crafting policies and taking actions that can impact the environment. Sometimes, to address imbalances in the environment by people and governments’ actions, it only takes one brave citizen’s actions to restore equilibrium. In the next sections, we focus on two trade books that look at citizens that have taken such actions.

Planting Change One Seed at a Time

Seeds of Change (Johnson, 2010) tells the story of Wangari Maathai. As a girl in Kenya, Wangari learned the beauty and benefit of the mugumo tree from her mother. The tree was important to her cultural ancestors, and her mother shared how it provided food for many. Wangari was able to eventually attend elementary school and then left her village and traveled to Nairobi to continue her education with a degree in biology. After some time away, she accepted a teaching job at the University of Nairobi and was devastated to see the changes in Kenya when she returned.

The government had sold off much of the land to big companies that cleared it for coffee plantations. The mugumo trees were no longer standing, and the beautiful river had turned to mud and dried up. The river, once teeming with life, was no longer capable of growing bananas, maize, and sweet potatoes. As a result, many families were hungry. Wangari knew she must take action. With others in her community, she planted trees. Soon, a canopy of green returned to Kenya, along with the rivers, animals, bananas, and maize. Even though things were better in Kenya, some people did not like Wangari making such changes, so they arranged to arrest her. After many rallied to get her released from prison, Wangari vowed to help her country. She traveled the world speaking about ecology. In time, she became known as the “Mother of Trees,” and in 2004, she won the Nobel Peace Prize.

After the teacher reads aloud this trade book, students independently complete the Ripple Graphic Organizer below to show the impact of Wangari’s actions.

In the innermost circle, students record how Wangari’s actions impacted herself, and in the middle circle, they articulate how Wangari’s actions impacted her community. In the outermost circle, they discuss how Wangari’s actions made a global impact. Once students record this information, have students work in pairs to answer the following writing prompt: “From reading Wangari’s story, how has your thinking changed about the impact a citizen can have on a community?” Then, have the groups share their responses. This class discussion helps students articulate their thoughts about Wangari’s quest to protect Kenya’s environment. This writing prompt allows students to explore the power Wangari exercised as a change agent. The examination of Wangari’s story helps students realize that they can also be change agents for environmental issues (Levstik & Barton, 2015).

Harnessing the Wind for Change

The Boy Who Harnessed the Wind (Kamkwamba, 2012) shares the story of 14-year-old William Kamkwamba and his efforts to save his Malawi village from a devastating drought. William’s family had no money for food or for him to attend school, so William spent his days poring over books in the local library. Through his research, William explored how electricity works, which was foreign to many in his village. To get the parts William needed to build his machines, he scoured junkyards for recycled materials, and one day, while looking at books in the library, he saw a wind turbine and had an idea. William began to construct a similar structure to provide electricity from the wind for his family’s use. He also knew that the windmill could be used to pump water, which could help save his family. Everyone in his village thought he was crazy. However, William kept building, and soon, his windmill powered a light bulb. Eventually, rain began to fall in the village, and William’s windmill was able to help irrigate the crops.

After reading this trade book aloud, have students work in pairs to discuss and complete the chart on the next page. This chart draws on the 10 themes from NCSS National Curriculum Standards (https://www.socialstudies.org/standards/strands). Some possible prompts are included in the chart that help students see William’s impact on his community.

Once students complete the chart, have them work to create two lines of five words, which synthesize the main idea from this trade book. Pairs record these two lines on a sticky note and then join with another pair to create a group of four. Now, the groups have four lines of five words each. These lines can be rearranged or reworded if needed. Once the groups have agreed on their phrases, they record their responses. The groups share their finished phrases with the whole class. The class works to construct a free verse poem from the groups’ completed phrases. The teacher asks the students’ opinions on line order to make the free verse poem flow. Once the class has decided on the poem, tape the copy pages to chart paper. These class discussions help students explore William’s contribution of the windmill to his community, enabling them to see how a community can be positively changed through one citizen’s actions.

After students have answered these questions, have a class debriefing and select one of their issues to focus on in the community. Then, the students decide how the class should take action to help resolve the issue. This creates the opportunity to draw on experts from a community that are concerned about the same issue to help and mentor students as they construct their intervention to the environmental issue. These processes actively engage students as change agents to address an environmental issue. Through their active participation and intervention, students begin to grasp the power and potential of effecting change as a democratic citizen.