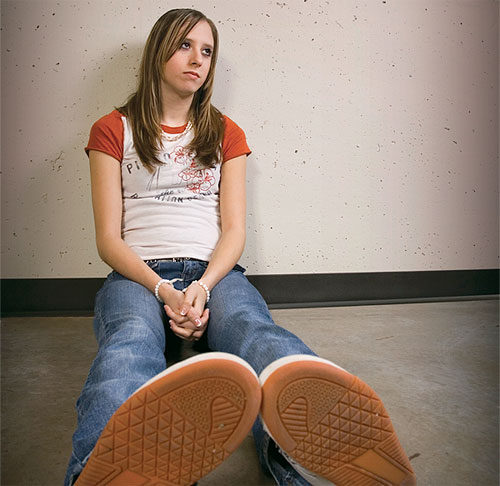 Bullying isn’t what it used to be. In the age of social media, taunts and gossip are now posted on the Internet for all to see. When those comments become bullying that affects our students, educators require a new approach—one that is simple, honest, and to the point. We must let the students take the lead.

At Punta Gorda Middle School in Florida, we empowered students to push back against bullying and educated the entire community about the problem.

To address the problem of bullying, we started with group meetings. Students who were having trouble with bullies or were concerned about the learning environment met in a classroom during homeroom to talk about the issue and brainstorm resolutions. Those who were being bullied often invited their tormentors to join in the discussion. The group met for about 15 to 20 minutes. All interested students could attend; they simply needed permission from their homeroom teacher. Attendance varied between 10 and 80 students per session.

The group gave the students an opportunity to sit down with their peers whom they perceived as bullies. When confronted, some of the bullies said they didn’t want to be bullies; others said they didn’t know why they bullied. Many of these students began to recognize the negative effects of their behavior and continued to participate in the group sessions.

Some bullies said their teasing was all in fun and opted to not participate. Before they left the room, however, the other students had a chance to share their concerns and to remind them that they could change their behavior. Being confronted by their peers rather than by administrators was powerful and did make an impression on many of the perceived bullies.

Students who participated in The Roundtable met twice a week at the beginning of homeroom to discuss their thoughts about bullying in school, on the bus, at the bus stop, in the locker room, and so on. All students were invited to attend.

Each filmed session was edited to highlight the student’s voice. We aired the 15-minute videos over the cable system once or twice a month at the beginning of homeroom, encouraging teachers to continue the discussion in homeroom. We also made the videos available to teachers on DVDs so they could show them at convenient and appropriate times.

Teachers were not required to show the videos, and some opted not to, but allowing students to take this leadership role created new relationships among students and affected students where it matters most—in the heart.

Unlike generic public service announcements that last 15 seconds and are forgotten, Roundtable videos are unscripted and feature students in classes talking about what matters to them. They hope to make the environment in which they live and learn safer for everyone, including the adults.

Everyone is responsible for ensuring a safe, nurturing school environment. Don’t wait until someone loses a life. Be on the side of prevention, not reaction.

This article was published in AMLE Magazine, April 2014