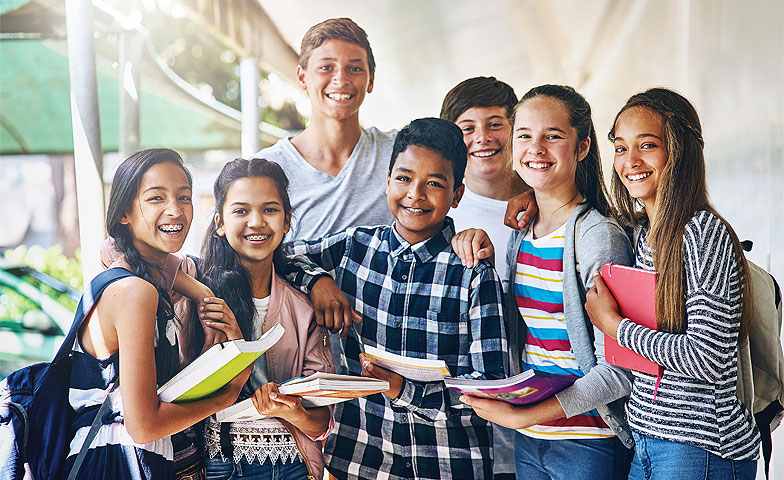 “I can’t believe what happened,” Janine* said. Her daughter Greta’s best friend overheard two girls calling her a stuck-up loser, so she secretly videotaped their conversation and texted Greta the evidence. Janine was bewildered. “How could her friend think this was a good idea?” she asked me.

When a teacher told me a few days later that her sixth graders were gossiping relentlessly, I decided to share Greta’s story with her class. Afterward, I asked them whether they would have forwarded the video. Nearly every hand shot up. “I’d want my friend to know who they could trust,” one said. But when I asked them how they’d feel if they got the video, the tone in the room changed. A boy responded, “Pretty bad.” A girl said, “I’d rather not know!” They understood the point of my story; a well-intentioned kid can inadvertently spread meanness.

Most tween drama stems from lack of social skills and life experience, not lack of empathy. The stereotype of the mean middle schooler may be ingrained in the culture, but it’s off-base and undermines kids’ ability to trust one another. Here are six ways educators can flip that negative narrative and help tweens create a positive culture.

Tweens can be brutally self-critical, and insecurity breeds unkindness. The good news is that judgment is a two-way street, and when kids learn to embrace others’ imperfections, they’re more accepting of their own. Educators can train middle schoolers to identify strengths within their so-called weaknesses. If they say they’re a “cry-baby,” for example, explain that tears are an effective way to signal that they need support, and that showing emotions may help someone else admit vulnerability.

Take a similar tact if a student is hard on a classmate. Don’t dismiss their complaint but ask for a counterexample. Can they recall a time when the person was kind or did them a favor? Role play scenarios in which one student shares a perceived flaw and a second student points out ways that trait might serve them. Provide real-world examples, too, such as a “nerdy” kid who grew up to be a famous inventor or a small kid who became a professional athlete.

It’s easier for kids to exercise empathy when they assume that others mean well. To encourage trust and reciprocity, I adapted Adam Grant’s Givitas exercise. I had sixth graders anonymously jot down on an index card something they wanted or needed but couldn’t provide for themselves. Their requests ran the gamut from wanting help shooting hoops to needing a friend who could commiserate about family strife. I spread the cards around the room and asked the kids to write their names on any that described a need they could fulfill. I cautioned them not to sign a card unless they were willing to help anyone. We all were moved at the end to realize that no card was left empty, and every single student had signed one that said, “I like a lot of the kids in the grade, but I don’t have any friends.”

Do a friendship circle

Friendship circles are another simple way to help kids see themselves and others in a positive light. Have everyone write their name at the top of a piece of paper, then sit in a circle. Explain that they’ll be tasked with writing something nice about each person in the room. Be sure to discuss the difference between a meaningful, banal, and silly comment. For example, you might ask, “What would feel more satisfying—getting praised for being a good listener or for having a cool water flask?” The students then rotate around the room, spending about 30 seconds writing something kind on each classmate’s page.

After the exercise, reflect as a group. My students have noted that it feels just as good to give a compliment as it does to get one. Some have expressed surprise at others’ perception of them. One proudly said, “I never knew how many people think I’m great at taking risks!”

Inoculate them against mean behavior

Josh Compton, a professor at Dartmouth College who researches inoculation theory, says we can prepare kids to resist future persuasion “much the same way vaccines prepare our bodies to resist viruses.” Preemptively discuss the forces that could lead them to act unethically or unkindly, then provide a compelling counterargument. For example, say to students, “You might be tempted to spread a rumor because it feels good to have the best story and everyone’s rapt and undivided attention, but do you know what feels even more satisfying? Having a reputation for being a trustworthy and reliable friend.”

Middle schoolers will bristle if adults dictate their choices, but that doesn’t mean they don’t need coaching. Instead of spoon-feeding them information, encourage critical thinking. In the case of the video, for example, ask, “What are the pros and cons of sharing mean gossip with a target? How does it feel to accidentally make someone feel terrible? Is secretly taping someone ever acceptable? Is it okay to insult someone if it’s a private conversation?”

Do the “Values Card Sort”

Emotions such as anger, resentment, fear, or envy can interfere with a middle schooler’s moral compass. The values card sort helps them identify and solidify their values. I’ll hand an individual student or a small group of kids a stack of 100 cards printed with values such as safety, generosity, and friendship, then ask them to rank their top 10 and commit those to memory. I explain that if they let their values guide their choices, they’ll be more likely to do the right thing.

*Names and details have been changed