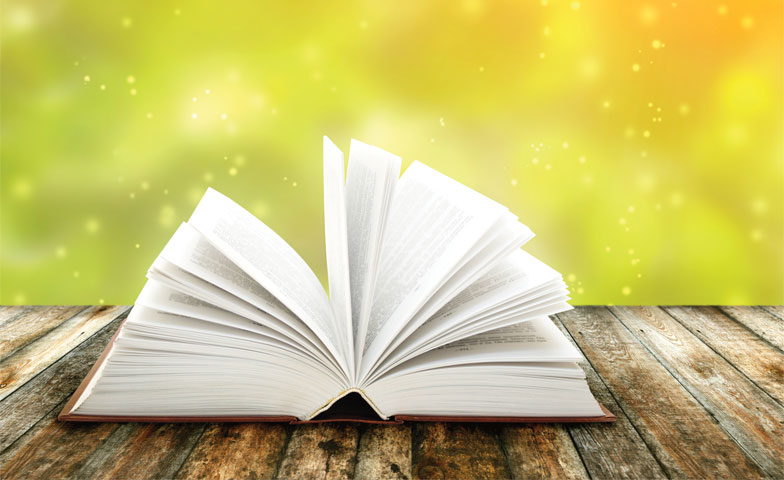 One of the most important aspects of teaching literacy in the classroom is text selection, the process by which teachers choose what their students will read.

For many teachers, text selection boils down to choosing something that will engage students and motivate them to read. Reasonable diversity in genres and authors should be enough. But in fact, what students read shapes how well they read and how well they comprehend the topic in far more ways than what might at first seem obvious.

Common Core State Standards emphasize the importance of student interaction with complex texts. As teachers identify which texts to select for their classroom, they should be aware of some of the unique challenges—we call them plagues—of reading and understanding complex texts.

Charles Dickens’ classic novel Oliver Twist begins with a 98-word first sentence crammed with not only anachronistic words and phrases such as “to wit” and “inasmuch,” but also with the syntax of another era—as in “in this workhouse was born … .”

People spoke and wrote differently 50, 100, and 200 years ago. They used different words, in different sequences, within different syntactical structures.

No amount of practice reading even the richest contemporary young adult fiction will prepare students to be able to read those older texts, be they Oliver Twist or the Declaration of Independence. However, the task will clearly be required of them in college, so it’s important that students be exposed to more dated as well as contemporary texts.

Donald Crews’s book, Bigmama’s, is a meditation on the nature of memory and time. The narrative subtly switches back and forth between recollections about a specific trip to the narrator’s grandparents’ house and recollections of a series of visits made over the course of several years. It’s the similarities of those trips—and just maybe the way the memory of them all blends into one—that make the book both a beautiful read and a challenging one. Even strong readers would struggle to tell you what happened when, making it a good choice for young readers.

R. J. Palacio’s popular youth novel, Wonder, uses six different narrators to tell its story. One of them is the protagonist, Auggie, a middle school student with severe craniofacial disfigurement. Auggie narrates three of the chapters; five other characters narrate a chapter each—each one in a different voice, and in one case, without uppercase letters and with idiosyncratic punctuation.

It’s a useful book, first and foremost as an object lesson in kindness and understanding. But it’s also a starter kit for understanding books with complex and potentially confusing narration. The challenges that narrators present can be tricky and, like the other plagues of complex text, can challenge students’ comprehension regardless of their skills.

Grace Lin’s Newbery Honor book, Where the Mountain Meets the Moon, is a modern story that melds the tradition of Chinese folk tales with a western journey-of-discovery narrative. Lin describes it as a bit like The Wizard of Oz retold as a Chinese fairy tale, although the novel is more complex than that; it weaves fairy tales into the plot of the book. Characters tell other characters’ stories, and those stories are inserted within the novel—texts within a text.

Not only that, but the characters in the book, who are imagined to hear the fairy tales as the reader reads them, often react to the tales, which shapes the plot. It’s recursive—the tales change the story; the book reacts to itself.

A plot that happens on multiple levels like this poses challenges to readers. This makes Where the Mountain Meets the Moon an especially good book to prepare students to read the complex narrative structures of William Faulkner, for example.

Some texts set out to be difficult to understand, often because part of the point is that the story cannot be told simply. Telling it stretches the bounds of the tools storytellers have available.

Consider the beginning of Kurt Vonnegut’s novel Slaughterhouse-Five, written in the form of a memoir of a fictional writer who, like Vonnegut himself, was taken prisoner in World War II and experienced the fire-bombing of Dresden firsthand, and has set out to tell the story of that destruction, but struggles to do so.

Many readers find Vonnegut exhilarating precisely because of these resistant elements. The elements create a thrilling narrative unbounded by traditional rules. But confused readers—readers unaware that a text might deliberate try to disorient them, readers who have never struggled with that disorientation—may in fact be confused by the premise, not comprehend that they are not supposed to comprehend, and fail perhaps even give up on the narrative. What to do here?

As the example of Slaughterhouse-Five suggests, highly resistant texts are often made resistant by the use of a combination of the other four plagues. Exposure to those elements will help students unpack even the densest texts.

Poetry frequently does not conform to the “expectation of logic” that is characteristic of (most) prose. Because of this, poetry can be an outstanding tool for preparing students for resistant prose. Imagine the benefits of a lighthearted reading of Lewis Carroll’s “Jabberwocky,” a primer in filling in the gaps between tiny islands of meaning in a text, as a prelude to reading Slaughterhouse-Five.

Closely reading and unpacking short examples of resistant text are great ways to expose students to intense challenges without overwhelming them.

What About Student Choice?

Do students benefit from occasionally reading exactly what they and they alone desire? Yes! But it is important to recognize that the books students read and study in school are finite—a scarce and valuable resource.

From middle school through high school, they will only read and discuss with their peers a handful of books. Because these few books form the foundation of their knowledge of how literature works within and interacts with society, teachers must select them like the precious resource they are. Teachers should consider not just whether each book their students read is “good” but also what the totality of the texts they themselves choose for students achieve as part of their broader education.

It is also worth reflecting on the fact that what students “like” or more precisely think they will like is inherently limited. We can all name a handful of texts we read against our better teenage judgment—infallible though it seemed at the time—but which turned out to be transformative—instantly in many cases, years later in others.

To ensure students are ready for the rigors of college, teachers must give text selection greater attention and intentionality. This does not mean that every book needs to be selected based on a “maximum value for learning” calculation. Some should be; we hope many will. Choosing books for pleasure or on a lark is fine as long as the overall portfolio of books is intentional and balanced.

Thinking more deeply about aspects of the texts we choose for students does not exclude enjoyment as a criterion—even a major one. Part of the joy of teaching, in fact, is seeing the joy students derive unexpectedly from texts that surprise them.