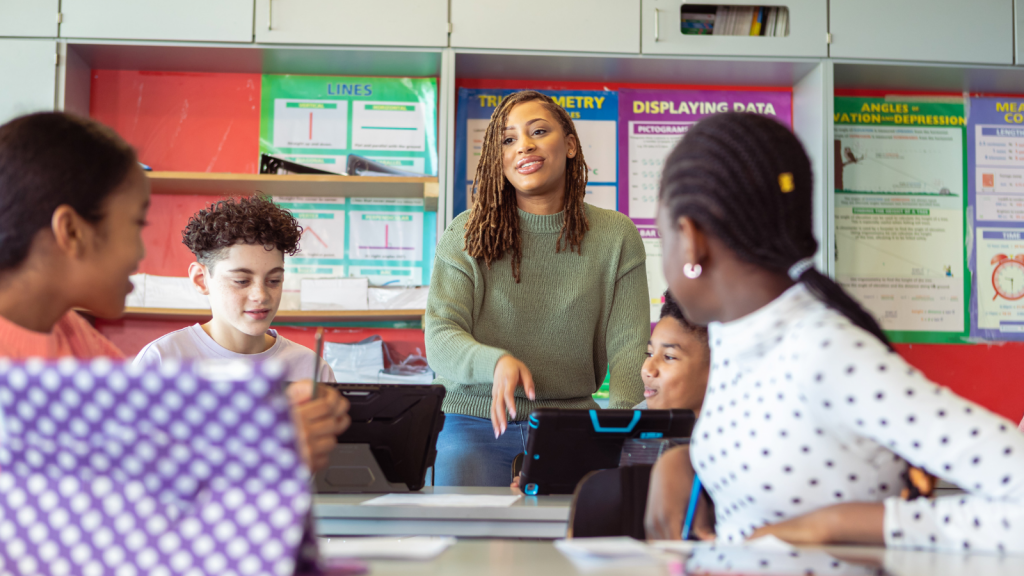 It’s hard to argue that school-based relationships haven’t been tested the past couple of years, including between educators and students. Maybe then it is time to rethink how we build these relationships in the first place, argued Nathan Maynard, co-author of Hacking School Discipline, and Dr. Belinda George, who gained international notoriety for her “Tucked in Tuesdays,” on the latest episode of Middle School Walk and Talk.  They sat down with co-hosts Joe Mazza and Phyllis Fagell to talk about restorative practices and reframing discipline in our schools.

You Don’t Change Behavior with Fear

“I’ve been suspended as a kid, and I’ve suspended kids as a principal,” says Joe Mazza, middle school principal and co-host of the Middle School Walk & Talk Podcast, “And I can’t say it ever changed my behavior or those kids.” Maynard agreed, adding that it’s not surprising based on what we know about punitive discipline and youth brain development. “A lot of times our discipline systems look at changing behavior with fear,” he explains, “We try to create fear-based responses. If you scare the kid, their behavior changes, so the logic goes. And yes, sometimes you’ll get short-term compliance. But is that a transferable skill? And if it’s not, then why are we doing it?”

The research is clear that middle school educators are successful when they focus on creating strong relationships with students and build environments that are guided by the distinctive nature and identities of young adolescents. As a result, says Maynard, that relationship with and between students should be at the center of your approach to discipline. “We can’t be doing something that causes fear in students while also saying we want to build a relationship with them,” he says.

That’s where restorative practices can play a role in maintaining high levels of expectation and responsibility while avoiding a fear-based response. Maynard analogizes, “What if you had a student who had an IEP for reading and when they didn’t perform well at a reading task you took their books away for three days. Anyone would say that’s ludicrous, so why are we doing that with discipline practices?” When a student needs behavioral support, it follows, we should refocus on building the skills they need to better respond to future situations. These might include being able to self-identify triggers, learning social cues and coping skills, and how to communicate with peers and adults effectively.

Apologizing is a Skill Set

Adopting more restorative principles into your approach to discipline sometimes requires a big mind shift. Whereas punitive discipline is focused solely on the student’s behavior, restorative practices are focused on everything, including us as educators, argues Maynard. Both he and Dr. George believe that the best strategy often requires a level of transparency and vulnerability that’s not always comfortable. “A lot of times people don’t listen to you because they don’t think that you’ve walked in their shoes,” explains Dr. George, “As a teacher, be transparent with kids and let them know that you’ve made the same mistakes they’re currently making and letting them know why they should change behavior instead of just telling them not to do it.”

“I like to reflect on when I was in middle school, did I have adults in my life that regularly apologized to me?” added Maynard, “If not, then we’re not modeling what we expect of the kids. Let kids see that, ‘Wow adults do make mistakes, and they can fix things too.’”

In the end, it really comes back to the golden rule, concludes Mazza, “You wouldn’t treat anyone you care about in a way that’s punitive, so why not treat kids like human beings as well?”