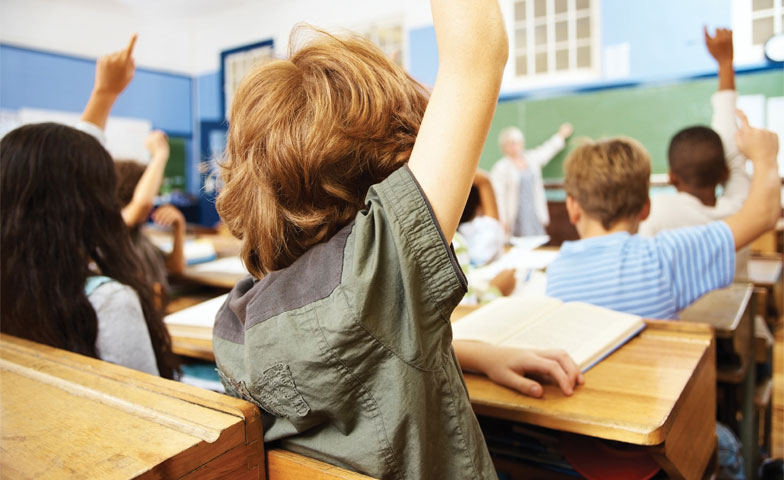 Creating a balance during classroom discussions.

My student was obviously upset. I hadn’t called on him during the entire lesson. I wasn’t trying to be mean or purposely picking on him. I was experimenting with different lesson interventions, hoping to improve students’ speaking and listening skills in my seventh grade math class.

I had been struggling with getting my shy students to speak up and become more engaged. I also hoped to get my outgoing students to listen better to what others said in class.

Other teachers were doing things like drawing sticks or giving each student two pennies and taking one each time they asked or answered a question in class. These strategies were designed to ensure every student had a fair chance to share and ask questions without allowing some students to monopolize the conversation. In addition, shyer students couldn’t sit by silently.

In search of the best strategy to accomplish my goals, I developed two different lesson structures. The first structure involved calling on students one after another in a specific order. The second structure entailed specifically calling on shy students so their voices could be heard and their thoughts validated.

Before I tested these interventions, I needed a baseline reading on my students’ behaviors as well as their speaking and listening skills.

I went through a few lessons without any particular question-and-answer structure. I checked how many times each student raised his or her hand, blurted out answers, and had side conversations. I also used my district’s speaking and listening rubric (Figure 1) to see where each student was in these areas.

Once I got my baseline, I used that information and my experience with these students to mentally put them into shy, in-between, and outgoing groups. Time to test my structures.

First, I simply called on students desk by desk down the rows. Once I had called on all my students, I started over at the beginning. I did this for about a week and a half and kept tabs on my students’ behaviors. When I used this strategy, I noticed a few things:

The shy and in-between students appeared to anticipate and prepare for their turns. This forced organization seemed to help the in-between students—I noticed that they blurted out less and had fewer side conversations. The shy students seemed okay with this method and participated willingly, although they didn’t always share much when they were called on.

The outgoing students were outraged by this tactic. They were so used to raising their hands and being called on frequently that they seemed to feel attacked by this organizational strategy—evident by their constant blurting, multiple side conversations, and comments like “FINALLY!!!!” coupled with a sigh of relief when it came time for them to talk. They seemed so agitated that I wasn’t sure they recognized the simple pattern of my calling on the next student in line.

Bottom line: The “next in line, turn-taking” system seemed to help some and hurt others.

This approach really got the outgoing students’ blood pumping. Now that they were never called on, they were furious. “What?! I’m right here! Don’t you see me?” they cried out as I ignored their elevated arms. When I didn’t call on them, they blurted out comments and answers on their own. I had to continue to remind the class that unless they were called on, they shouldn’t talk.

The shy students participated just fine. These students played along well with whatever I threw at them. The in-between students didn’t seem to mind this approach. Since I was calling on students without a particular order or pattern, though, they didn’t seem to like this method as much as the most sequenced approach.

Back to the Free for All

I stopped using these two structures and went back to a free-for-all hand-raising system, noting the students’ behaviors and using the speaking and listening rubric to see how the structures affected them. I noticed some interesting behaviors.

My outgoing students showed improvements as well. On average, both their speaking and listening skills improved. They seemed more comfortable listening to others instead of always having to be the ones talking. While this group still showed the most blurting and side conversations, they actually did so less than before. They raised their hands as often as they previously had, but now they waited to be called on before speaking.

The in-between students were my most unique group. Some students actually did worse after these interventions. On average, as a group, these students’ speaking skills, listening skills, and most behaviors improved, but these increases were minimal. Individually, not many students showed growth or regression. However, when I checked back to how they had done during the interventions, I realized that they actually did better when I used specific response methods.

In the end, what I learned was something that really wasn’t new: Teachers need multiple forms of instruction to reach all their students. Varying the lesson structure works better for some students while others struggle. Exposing students to multiple forms of instruction or lesson structures allows them to be stretched in some ways and excel in others.

As our students grow beyond the classroom, they will be better able to work with others and realize their own strengths if they have been exposed to a multitude of interactions. Challenging students helps them grow, but it’s equally as important to provide opportunities for students to experience success, which builds their self-esteem.

As far as interventions go, I will continue to try different approaches in my class. As long as teachers care for their students and work with their best interests in mind, almost anything they do will be beneficial. I don’t think we’ll ever find the one and only absolute “best practice” that works for all students all the time. However, I think the search itself is just as valuable.