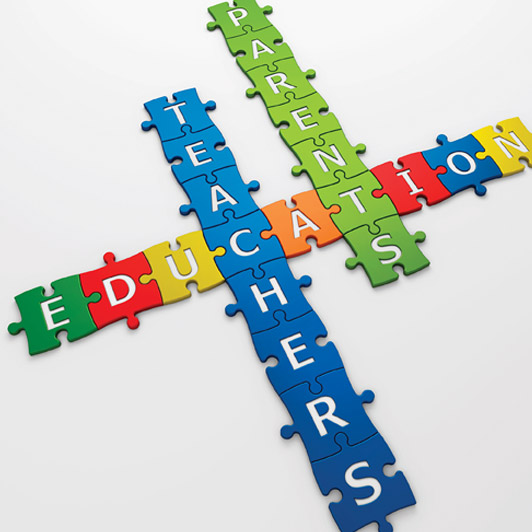 Parental involvement is critical to student engagement and achievement.

Accountability is a powerful motivator in business and in education. As a teacher who often is in contact with my students’ parents, I have always believed that accountability encourages parents to become more involved in their child’s education.

One day a colleague asked me if I had ever quantified the results of the phone calls, e-mails, and other contacts I had with parents. Thus began my research project.

During the 2011–2012 and 2012–2013 school years, I divided my math classes into two groups. The parents of the students in group one received a weekly generic e-mail that described what was going on in the classroom, the dates of quizzes and tests, and general school information. The parents of the students in group two received the same e-mail, with one additional line. At the bottom of the e-mail, before my signature, I added the following: “Thank you for being actively involved in (student’s name)’s education. You truly make a difference to (his/her) education.”

Personalizing the e-mail yielded amazing results. Almost immediately, students in group two began commenting that I was “talking to” their parents. What’s more, they said their parents were asking them questions about school.

Over the course of the two school years, the academic achievement of group two students surpassed that of group one students. Believing that I was doing a disservice to the group one students, I ended my experiment and provided the same level of personalization to both groups. During the 2013–2014 and 2014–2015 school years, 100% of the geometry students and approximately 95% of the algebra students passed the end of course exam.

Does this mean that every student whose teacher contacts their parents on a regular basis will excel in school? No, but the chances are certainly greater that the parent will become more involved to some extent. No parent wants to feel that he or she is not living up to expectations as a parent, especially when it comes to education.

Other techniques can foster increased parental involvement, such as providing parents with the login information for the school portal so they can check their child’s grade on a regular basis. As the father of a seventh grader, I check my son’s grades online daily. That allows me to provide immediate feedback and correction if an assignment is missed or a test grade is not to my level of expectation.

Another technique is to require parent signatures on certain assignments. This ensures that parents are seeing the level of achievement at which their children are performing. By being proactive and vigilant, parents can hold their children to a high standard of accountability.

Research supports my results. One of the more relevant studies supporting the theory that communication between parents and teachers is a catalyst for improved academic performance was conducted by Hosin Sirvani and discussed in the Fall 2007 issue of American Secondary Education. Sirvani tested the theory of parent-teacher communication as a means to improve student achievement in mathematics and the results between the control group and the experimental group were astoundingly similar to those of my study, with the experimental group achieving much greater benchmarks in mathematics.

Another researcher, Thomas Watkins, also detailed the positive effect of parental involvement regarding student achievement. His article in a 1997 issue of The Journal of Educational Research, cites factors like home involvement, volunteering in the classroom, and involvement in school governance as positive means of enhancing student engagement.

Watkins found that many parents feel that a lack of teacher communication inhibits them from being more involved.

Arguably, parental involvement is a necessary part of student engagement and student achievement. With the increasing demand for documentation and additional teacher responsibilities, communication with parents is often overlooked as a viable tool to help reach students with decreased intrinsic motivation.