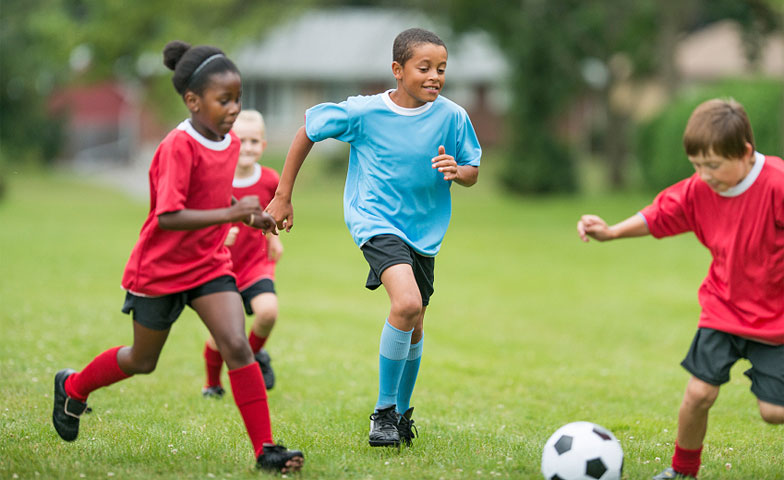 Why tracking based on ability means everyone loses.

Let’s say we have two soccer teams. One is populated by all of the strongest, fastest, toughest, athletic students. These kids attend practice every day after school and work out on their own in the evenings and on the weekends. They eat healthy food and receive the best medical care by sports medicine professionals when needed. Their parents host pasta dinner nights at their homes the evening before each game and they never miss a team parent meeting with the coach. The coach is being interviewed by the paper every week and scouts are spotted in the stands at every game. This team keeps winning and has a great chance at winning a championship.

The kids on the second team are being forced to play soccer. Some of them have some athletic ability but there isn’t much support from their family and they can rarely get a ride home from practice. Some haven’t had exposure to soccer before and don’t understand the game. Some of the kids have other interests and no desire to play. And some have very little athletic talent and struggle to keep up during practice. They get so anxious at games sometimes they even freeze up in fear and become physically ill. The coach struggles to motivate and focus the team and frequently deals with negative behavior and attendance issues at practice. This team loses every game.

Let’s say that the adults in charge decided they needed to give the second team a chance at experiencing success, so they mixed up the teams. They spread their most talented players on both teams and did the same with the struggling team’s players. At first, the best players felt like they would be held back and were frustrated, but ultimately with the guidance of the coach, they became better through their newly found leadership roles—a skill that made them even more “recruitable.”

The stronger players served as leaders and mentors by sharing their enthusiasm for the game with the other players and modeled their work ethic and training routines. They took their peers under their wings and little by little the teams began to win games.

At last, success was experienced by all, and skills were developed that translated into being future ready well beyond soccer … because really, we aren’t talking about soccer. We are talking about programming and scheduling for middle level students. In public education we are charged with the task to educate all children and provide them with a rich meaningful education.

Tracking students by ability does not provide a diverse well-rounded experience. Nor does it allow exposure to high expectations and experiences for all students. One may argue that raising expectations in all classes will solve this problem, but this notion is innately flawed because we are dealing with human beings.

In addition, school leaders often further contribute to the inequities by assigning the more experienced and skilled teachers to our “top” students and our newest, least senior teachers to the “low” students. Our neediest students need access to the very best of our profession if there is any hope of narrowing the gaps that exist. Again, the notion that we can have the same high expectations for both homogeneous groups simply runs counter to human nature.

Also, the groups will never be equitable because the lower leveled class will most likely not come with the same background knowledge, life experiences, motivation, or past academic success as the higher achieving students. Therefore, the dialog and collaboration could not be expected to be as rich.

During professional development, would there ever be a time that we would group the 20 strongest teachers together and separately have the 20 weakest together? Would we hold the two groups to the same standard? Probably not. Yet, this is precisely what we continue to do to our students in many schools.

Ultimately, it will rest on what we agree is powerful learning and how best to insure that all students receive that. It also rests on what educational leaders see as the primary goal of American education and how best to help our young adolescents achieve that.

Data aside, tracking insures our weakest students will not receive the same rich discourse higher tracked classes experience. They will not have nearly enough critical and creative thinking and will remain behind on vital skills needed to lead fuller lives.

Exposure to the best is crucial to become better.