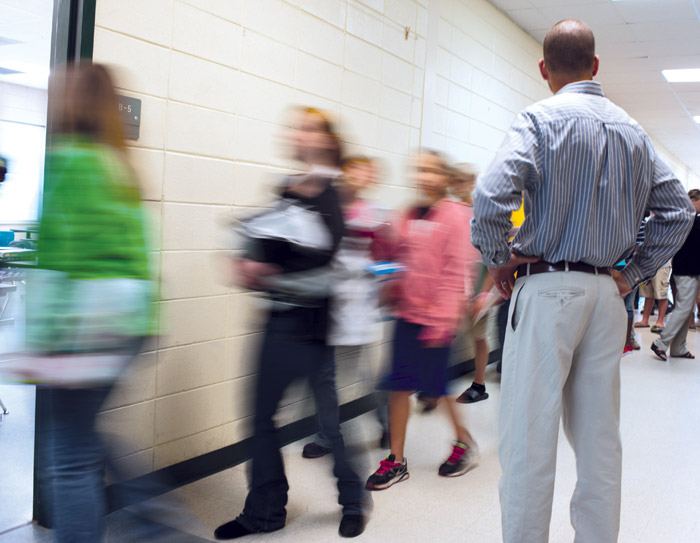 Take a minute and read the following paragraph. It contains a challenge that I believe we should all take to heart.

The middle school is accepted in theory, and its possibilities have proved so alluring that the movement for reorganization has succeeded. The physical redistribution of the grades is assured; but if, having accomplished that, educators rest content, they will have missed the one great educational opportunity of their generation for real educational reform. There is a demand for purposes so clear and so cogent that they will result in new curricula, new courses of study, new methods of teaching, and new social relationships—in short, a new spirit which will make the intermediate years not only worthwhile in themselves, but also an intelligent inspiration for every child to continue his or her education. In its essence the middle school is a device of democracy whereby nurture may cooperate with nature to secure the best results possible for each individual adolescent as well as for society at large.

This is a challenge we need to take on. But who wrote these words? And when? Now I have to confess to a bit of trickery, for I put the term “middle school” wherever “junior high school” appeared in the original paragraph and made two other very minor edits.

These statements were not the work of any contemporary leader; rather, they were written in 1920 by Thomas Briggs, one of the founders of the junior high school. The quote is actually the closing paragraph in Briggs’ book The Junior High School, published 94 years ago!

Sobering. Makes you stop and think. Did educators in the 1920s seize the day and follow through on Briggs’ challenge? Yes, some did, but all too soon the dominance of the high school held sway and what was envisioned by Briggs and other founders as a developmentally responsive institution quickly became what its name implied: just a junior version of the high school.

The middle school movement that began in the 1960s took up the cause of a developmentally responsive intermediate institution. It was making real progress until the onslaught of accountability by test scores brought to a virtual halt meaningful educational reforms. Will contemporary middle level leaders seize the day now that NCLB seems to be dismantling?

What is needed in every community, at every level of government, in board rooms and back rooms, are serious discussions on the status of education, the recent reform efforts that have cost so much and yielded so little, and a thoughtful consideration of the question, “What are the goals of American schools?”

Putting aside completely concern over test scores and high school graduation rates, educators, parents, and citizens generally need to think together about the reasons public schools were created in infant America and the key role they have played in supporting and improving our democratic society.

Public education, I believe, will not regain its proper, prominent role in our society until stakeholders and policy makers grasp anew the large-minded view of public education held by Thomas Jefferson and other early leaders. Democratic citizenship, concern for the common good, the development of distinctive self-reliant individuals, and social efficiency are among concepts that should surface when discussions take place.

So too will other goals of our education that have emerged through the years as our nation expanded. No simple, singular answer will come forth but an appreciation of the complexity of the issue will be gained along with a better perspective for assessing what I view as the narrow and limited goals recently having top priority.

Abundant opportunities will exist in 2014 to examine our middle grades programs and to make changes in the way we conduct the education of young adolescents. We must seize them.

P. S. Read again the last sentence of Briggs’ statement. It is, to me, a very apt definition of a middle school.

This article was published in AMLE Magazine, March 2014.