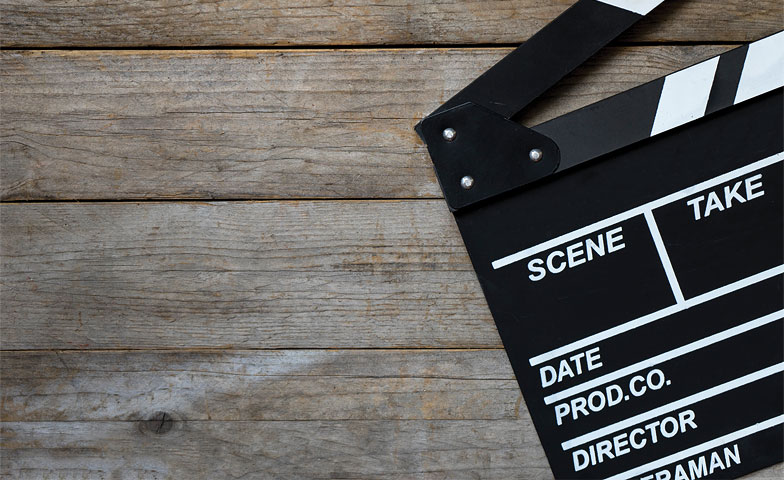 Films can—and should—be more than time-killers in your classroom.

We all know the stereotypical image of the teacher who, tired of direct instruction, dims the lights, turns on the DVD player, and sits quietly while students stare at the screen. The problem here is not that students are watching a film in class—it’s that the teacher is not constructing an educational experience around that film.

Incorporated effectively, films can support content and instruction in a brief, clear, and elegant manner, enticing a generation of viewers into a more engaged learning experience.

While we wish that all our students walked into class hungry for traditional texts, this is simply not the case. Jennifer Rowsell and Maureen Kendrick, in their article “Boys’ Hidden Literacies: The Critical Need for the Visual,” suggest that some learners prefer to read on screens, such as computers and televisions. Consequently, reading on screens may be one possible “in-road” to teaching literacy skills and may even stimulate an interest in print-based text.

Several years ago, my students were watching clips from the film “The Spiderwick Chronicles.” In this movie, one actor plays twin brothers. Toward the end of the third or fourth segment we watched, my students expressed some confusion about whether the actor was playing one character or two.

I was a bit taken aback. I had assumed that the dual role of the actor had been established for them in the first clip we watched. Looking back, I realized that teachers cannot assume that a passive viewing experience will translate into a meaningful cognitive interaction; like all learning, viewing must be discussed, critiqued, analyzed, and scaffolded.

Just as teaching a novel or short story involves ongoing discussions of theme, vocabulary, and structure, instruction with a film must be intentional and include consideration of the elements of what makes the piece work. Reading or viewing without activity and follow-up discussion is simply “flicking the lights off” and hoping that learning takes place.

Learn in Under Five Minutes

Consider the analysis of the hero’s journey presented in “Batman Begins,” as modelled by the SpringBoard curriculum. Students watch video clip segments, rather than the entirety of the film, and answer questions about the main character’s inward and outer journey as a protagonist. Classes can use this multistep analytic process to talk about elements of character development as the main character progresses through the story. What’s more, this conversation can happen without spending time watching the entire film.

Students might examine the specific aspects of a scene in a film. Elements like lighting and camera angles can communicate a variety of messages, as can design details like music. Auteur theory in film studies discusses the director of a film as a kind of author and, like all authors, the director chooses what elements to include within a scene. In the same way that an author chooses the words on a page, a director acting as the auteur chooses the elements that viewers see on the screen.

Consider the “Captain America: Civil War” trailer. YouTube reported that 17,030,584 viewers watched the trailer within 24 hours of its release by Marvel. No doubt, that viewership included many of your students. The “auteurs” behind this audiovisual presentation build suspense through a series of scenes collected from previous films, highlighting the emerging conflict between two primary Marvel Comics characters, and then close the segment by revealing yet another popular protagonist in the film. This use of these design elements capitalizes on suspense and surprise.

Interaction with the elements of film can be discussion-oriented or related to storyboarding activities or higher-level critiques. Moving beyond the surface-level system of critique, which usually consists of “I liked it” or “I didn’t like it,” students can use literary or content-specific terms in an open-ended critical dialogue about what they are viewing.

Consider these 10 stems as potential discussion starters for viewing experiences:

Film is part of our students’ culture, and we should include film in such a way that, through an analytic and thoughtful process, students who may struggle to read can engage with content in such a way that may encourage them to read!