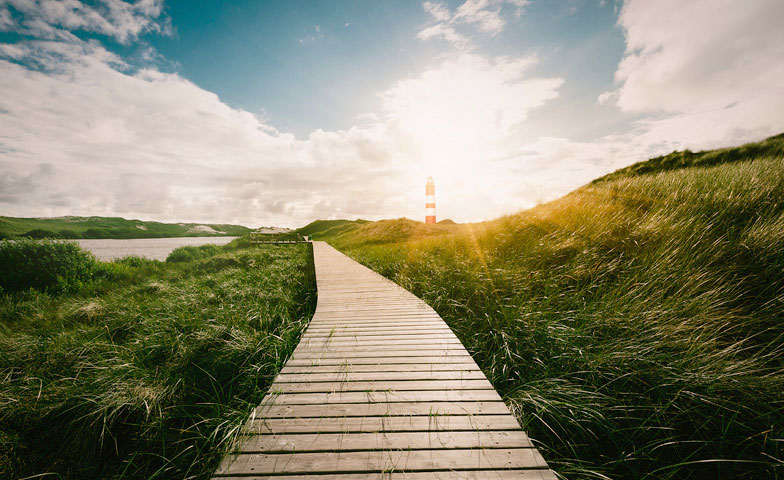 The students needed me to make a difference, and they couldn’t wait another year for me to figure it out. The disciplinary referrals were piling up in the manila folder on my desk. Their pink, yellow and white triplicate forms were complete and signed by parents/guardians, and entered into the school system’s data management system. Even though I had already dealt with these behavior documents and events, they still troubled me.

As the assistant principal for eighth grade, they bothered me because the same students’ names populated the forms day after day. They had become “frequent flyers” in my office. And even though I was doing my job as it was assigned, I knew I needed to do something different to serve these students. Turning students’ lives into ink and paper was simple, but it wasn’t enough. It wasn’t making a real difference in their daily lives at school and beyond.

According to This We Believe, one of the hallmarks of an effective middle school is that it is inviting, safe, inclusive, and supportive of all, and that is has specific programs to support that essential characteristic. For instance, at our middle school the advisory program provided a space for all of our students, giving them voice and providing them with caring adult advocates. It was well organized and driven by highly passionate middle level educators.

What we lacked, though, was a targeted program that served the needs of specific students—an advocacy program to reach students and make a difference another way. With the weary manila folder staring at me with repeated names on disciplinary forms, I decided I had to create such a program.

The journey to develop our advocacy program, called PATHWAY, was filled with interesting twists, turns and learning curves, but we always moved forward because we knew it was going to make a difference for students. We considered the following questions as we created the program, which helped us forge a solid, successful foundation.

Why do you want to create an advocacy program?

This question created the vision and mission for the program. And while it was a relatively easy question for us to answer, it also made us have a broader conversation about the characteristics and needs of young adolescents, a dialogue that was difficult at times. And it forced us to confront the fact that we weren’t meeting the needs of all of our students. Once we did that, we were able to more confidently push the program forward because we were honest about the gaps we needed to close.

Who do you want to serve and why?

At first, our answer to this question was also clear. We wanted to serve students who had disciplinary issues, so we identified students who had been suspended at any time in the previous year and made them our prime program candidates. It was easy to go into the data management system and pull out the names of suspended students. However, we also realized that our program could serve other students in our school—students who were disconnected, disaffected, maladjusted, and more. Gathering that data wasn’t as simple as digging into the system, but it was just as valuable. It was about asking teachers to recommend students based on their observations and feelings. Thus, we had to create a culture of caring throughout the building and show teachers that PATHWAY was a viable program for their students.

How will you notify the students and families about the program?

After we had selected the students for the program, we had to let the families know, which we did by letter and by phone. For some families, hearing that the school was providing a program for their child was a wonderful thing. They saw PATHWAY as the answer they had been looking for, and they thanked me when I sent home the invitation letters and made those phone calls. For other families, they saw PATHWAY as a judgment of their parenting or a condemnation of their child. Why does my kid need this program? What has he/she done wrong? At first, we were unprepared for this latter response, but then we developed a response: “We wish we could provide this program for every student because it’s the right thing to do for kids at this age, but we can only give this opportunity to certain students. It’s going to be a great year for your child with the PATHWAY program.” This simple, positively-worded response helped stave back many families’ fears, but we still had some people refuse the invitation. What we found as the reputation for the program grew was that families came back and asked if their child could still be a part of it. We never said no.

What events will you have for the students throughout the year?

Our students saw themselves as disconnected from school, and other people saw them that way, too. In order to get our students to see themselves in a different way, we had to create events that connected them to school. For instance, many of these students had never been to an afterschool volleyball or basketball game to cheer on their school. So we had events throughout the year during which our PATHWAY kids stayed afterschool, got snacks, did activities, and made posters for the big games. Not only did they have fun cheering on their peers, but those peers (and their teachers) saw them as positive, spirited, and supportive students.

Who will help support the program?

Getting the right people on board to support PATHWAY involved some crucial communicative steps: (1) we emailed the vision and a basic description of the program to the teachers and staff; and (2) we then convened a meeting after school for anyone who was interested in volunteering as a PATHWAY mentor. I was thrilled when more than 20 teachers showed up in the school’s media center for that first meeting. After covering some basic guidelines for all mentors, they signed up to support specific PATHWAY students. What became challenging were the days, weeks, and months after that initial meeting—in particular, how to track and celebrate each mentor’s commitment to their PATHWAY student. As we moved the PATHWAY program forward, we asked mentors to log in their meetings to show their activity with students and to document the impact of the program.

How can you involve the community in the program?

We also wanted our students to see themselves as leaders in the school and in their community. While we always included leadership lessons in our school-based events, we realized that we needed more support and another voice in the conversation. As a result, we reached out to the YMCA and tapped into their Junior Leaders program. They provided team-building experiences, such as ropes courses and collaborative games that gave our students the chance to work and grow together. Clearly, creating and maintaining a strong advocacy program involved finding the right people both in and out of the school house.

In the end, our journey with PATHWAY taught me that making a difference is not simple. The landscape as we walked on for student advocacy was neither smooth nor clear. At times, our footing was unsteady and uncertain. However, we joyously and passionately stepped forward because we were finally making a difference in the lives of every student we served.