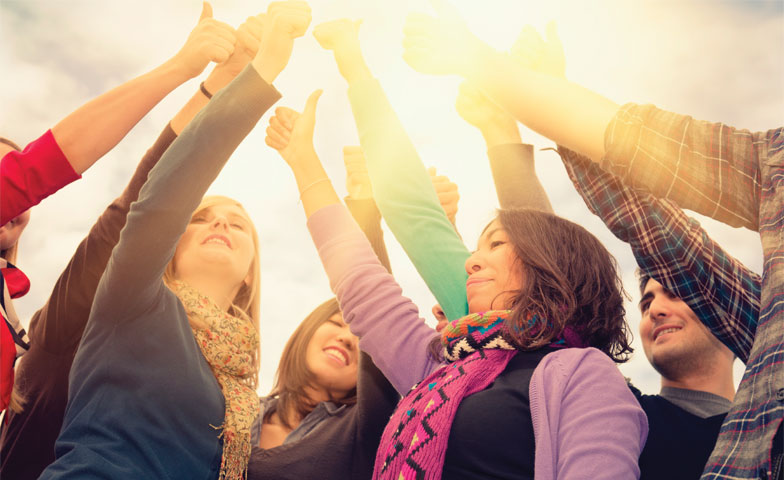 Sensible, supported by research and practice, and doable. Looping is one practice that all middle schools should consider given its many benefits, including long-term student-teacher relationships that have proven important to young adolescent achievement.

Looping in middle grade schools typically involves a three-year cycle: students and teachers stay together from sixth grade through the eighth grade. When the eighth graders leave the group at the end of that year, they are replaced the next year by a new group of sixth graders who start their three-year experience under the guidance of these teachers. However, looping can involve two grade levels as well. In that case, sixth grade teachers stay with their students through the seventh grade and subsequently loop back to start with a new group of sixth graders.

At schools where looping is not practiced, we suggest that teachers/teams explore this strategy. They might begin by talking informally and formulating answers to the questions “What are the benefits of looping?” and “What are reasons not to loop?”

“What are the benefits of looping?”
Identifying the benefits of students and teachers spending more than nine months together should not be difficult for middle grades teachers. Certainly the discussion will include ways looping would provide teachers the chance to get to know individual students well and build rich relationships with each of them as individuals, as well as with their parents.

Then too it is likely that a team member will pick up on the notion that time would be saved at the beginning of the second year because there is no need to get acquainted with a whole new group of students and spend time going over classroom procedures.

A strong case can be made for looping simply on the basis of these two benefits. However, many other pluses of looping should be brought to light, including improved student behavior and attitude and increased student voice. Studies have pointed out that students’ self-esteem and feelings of well-being are closely related to the degree and level of personal interaction they have with teachers, which looping ensures.

“What are reasons not to loop?”
The fact that looping would involve change is likely to be mentioned as a reason not to loop; nobody likes change and already over-burdened teachers too often have been pushed to try some new strategy that they questioned. Looping, however, is instituted only when teachers want it and parents approve.

Another person is almost certain to point out that teachers would have to deal with another grade’s curriculum. However, professionally certified middle school teachers, on honest and thoughtful consideration, will be hard-pressed to claim that the seventh grade curriculum is so distinctive that a teacher who has been assigned to the sixth grade couldn’t readily handle the seventh grade—or vice versa.

When it comes down to it, identifying pedagogically and professionally valid reasons not to loop is a formidable challenge.

During the conversation, the teachers will probably realize that more time is needed to explore this topic fully and will plan for a second round of discussions after they have had time to reflect, read professional literature, or talk with colleagues who have experienced looping elsewhere.

When the discussions continue, some examples of looping will be helpful. Looping and multi-age grouping exist in various forms and to various extents in many middle schools. It is not unusual for some teams in a school to adopt multi-year practices while other teams in the building continue the single-grade, one-year practice.

This was the pattern in place in Georgia’s Lee County Middle School, where a two-teacher three-year looping team, a multi-age team, and a unique arrangement that includes both looping and multi-age are located in one wing of the building while regular-grade level teams operate in the other wings of the building.

In many schools, the entire student body is involved in a multi-year plan, as is the case in Maine’s Showhegan Area Middle School, a 7–8 school. Its students are placed in four communities of about 100 students with half seventh graders and half eighth graders. Scarborough Middle School, also in Maine, enrolls all of its 800-plus sixth, seventh, and eighth graders in one of the five looped teams or in the one optional multi-age team. This school too has been operating successfully this way for many years.

Still another example is the East Lyme Middle School in Niantic, Connecticut, a 5–8 school of about 900 students that operates in a facility designed to support smaller learning communities. Students are placed in 10 heterogeneously grouped communities, each of about 90 students with five teachers—four core and one special education. Eight of the teams loop for two years, either 5–6 or 7–8. Each student in those teams will thus experience a two-year relationship with one team of teachers and a second two-year relationship with a different team. The remaining two academic teams are structured as multi-age groups.

The increasing size of schools has worried educators for years. Big schools, enrolling more than 1,000 students, tend to become impersonal, even bureaucratic. Interdisciplinary teams were introduced in part to provide a sense of smallness, which they did. Looping, however, does much more to establish the desired sense of community and belonging.

Fortunately, research has provided considerable data about the effects of size. Out of extensive research studies over recent decades has come a powerful generalization that should not be ignored—expressed simply it is this: small is better. Generally but consistently, it has been demonstrated that small schools are better than large schools and small teams are more effective than large ones.

In addition, smallness has been proven to be especially valuable for those students who are at greatest risk of educational failure. Although not stated as a research finding, the deep value of smallness in education was most effectively expressed by Deborah Meier in these three sentences from her September 1996 Educational Leadership article, “The Big Benefits of Smallness”:

Small schools come as close to being a panacea for America’s educational ills as we’re likely to get. Smallness is a prerequisite for the climate and culture that we need to develop the habits of the heart and mind essential to a democracy. Such a culture emerges from authentic relationships built on face-to-face conversations by people engaged in common work and common work standards.

With many examples of schools successfully operating with multi-year arrangements, a new awareness of research findings, the support of Meier’s pioneer work in establishing small middle and high schools in New York City, and the release of position statements supporting smallness by the National Forum to Accelerate Middle-Grades Reform and the Association for Middle Level Education, it could be said that a movement to achieve smallness in schools in some way is taking shape.

No Reason Not To

Looping holds great promise for achieving significant improvement in the education of young adolescents. Looping is not difficult to institute, does not require teachers to make changes in the way they operate, does not call for revamping the schedule, and does not involve additional costs. Looping also leads to creating the widely recommended, genuine professional learning community in which everyone knows, respects, and trusts one another.

Certainly, looping warrants serious consideration by any middle school seeking to improve its effectiveness. And sixth and seventh grade teams are the best ones to start instituting this old but often overlooked plan. When schools consider further that it has been demonstrated that student achievement in looped classes is never harmed but usually improves and the teachers’ sense of satisfaction—their professional efficacy and morale—improves in long-term relationships, there just does not seem to be any good reason not to practice looping more widely in middle grades schools.

The Power of Two: Partner Teams in Action, by Penny Bishop and Garet Allen-Malley. 2004. AMLE.

The Story of Alpha: A Multiage Student-Centered Team—33 Years and Counting, by Susan Kuntz. 2005. AMLE.

John H. Lounsbury is a long-time middle level advocate and dean emeritus of the John H. Lounsbury College of Education at Georgia College and State University, Milledgeville, Georgia.He is a featured presenter at AMLE2014.
john.lounsbury@gcsu.edu

Gayle Andrews is a professor of middle grades education at the University of Georgia. She is a featured presenter at AMLE2014.
gandrews@uga.edu
andrews@uga.edu