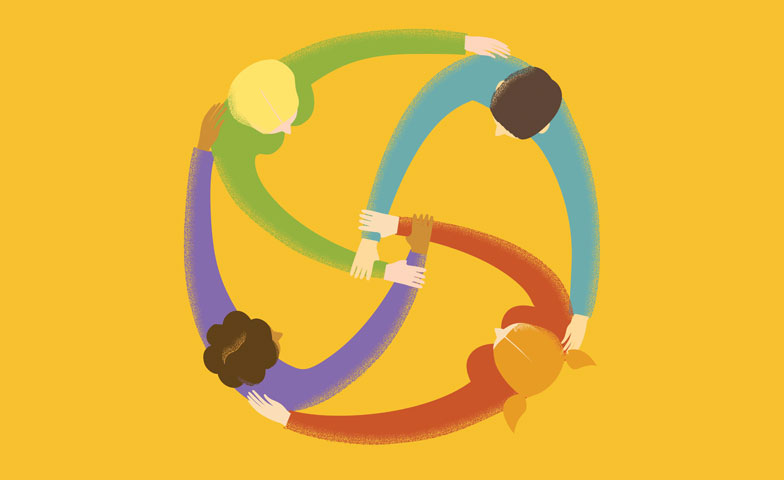 Literature circles bring reading to life for these sixth graders.

What did we just read?

I am so bored!

Why are we reading this?

Sound familiar? These were some of the responses to reading that I received during my first year teaching bright and talented sixth graders.

How could 24 students, who for the most part liked reading, have those attitudes? It had to be the way I taught. How could I engage all 24 students?

I asked my students what types of books they were interested in reading. I had an idea, but wanted to show them that they had a voice in their learning and had a choice of what to read.

After discussing the types of books the students were interested in, which included dystopia/utopia novels, I began to research new and forthcoming novels that my students had not read and that seemed interesting to their age group.

I presented a list of books to our librarian.Not only was she enthusiastic about finding the books on my list, she gave me other options from schools around the district. We came up with the following books based in part on being able to have enough copies for the students in my class:

I presented the titles and authors as a book talk and asked the students to rank the books in order from those they most wanted to read to least favorite or already read. Based on the results of the survey, students were assigned to their literature circle group.

To help students understand the basics of book discussions I modeled the roles within a literature circle by reading a picture book to the class and then leading a discussion about the book using a fishbowl strategy.

In a fishbowl strategy, a small group of students are in the middle of a circle discussing the book while the majority of the class members are listening from outside the circle.

I followed the demonstration with a video of a literature circle. As a class, we talked about the positive and negative aspects of the literature circle discussion presented on the video and how they could improve it.

Now that the students understood how the discussion should work in a literature circle, I modeled the roles of connector, discussion director, summarizer, literary luminary, and illustrator which the students would rotate through during each meeting.

Students each received a schedule indicating which roles they were to play each day. Having assigned roles made the students not only accountable to read the assignment, but also helped them prepare for discussions within their group.

Students had 15 days to read their book front to back and were responsible for calculating how many pages they had to read each day to complete the novel in the time allowed. Role sheets helped prompt discussions at the beginning, but toward the end of their literature circle, students were having open discussions about what they had read and did not need their role sheet for guidance.

Before each literature circle meeting, students spent 10–15 minutes in their small groups discussing what they had read and asking questions before jumping into their book. Every student had a voice and was accountable to discuss within the group.

Students made journal entries five times during those 15 days, writing about the characters, setting, plot, problems, and resolutions. Across the five journal entries, all students increased their higher-order thinking skills. They credited the discussions with helping them understand what they had read and their ability to write about it.

At the end of the 15 days, students completed two final projects based on their novel.

One project was a tic-tac-toe board where students completed three small projects relating to character, setting, and plot. Students had a choice of activities such as write a newspaper, create a wanted poster, write a skit, write a song, or develop a sketchbook with captions.

Given choices, students were invested in the project and had a voice in their learning. They had the motivation to complete their projects and were enthusiastic about presenting them to the class.

For the second project, students created their own society and tried to persuade their classmates to be part of it. Since these students were reading utopia/dystopia novels, the society project fit nicely. They could implement what they knew about societies and incorporate the information they gained from their novel, including social studies, technology, math, reading, and science. Students had the option of working independently or in pairs.

To “recruit” their classmates, students prepared a Google slideshow to present to their peers. Students’ slides addressed all elements of a society, including money, government, family, education, recreation, and transportation. Students developed the presentations using Google Classroom, which made it possible for me to see their progress as they added slides.

Literature circles not only improved my students’ reading comprehension, they also increased their love for reading and their motivation to read.

With literature circles, the students take control and the learning is driven by the students, for the students. The teacher takes on the role of facilitator—and isn’t that what we really want?