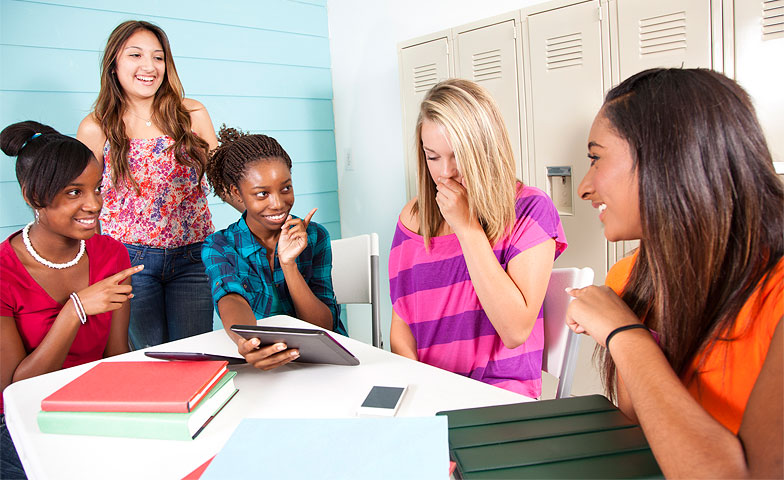 No matter what you teach, if you are a middle school teacher you want to set up some norms and guidelines for your classroom. Even better, you want to be on the same page with the other teachers. But this is middle school and things can get a squirrely, especially about how students “joke” around with each other. It’s a hallmark of middle school that “just joking” is used to really hurt and humiliate another student. And the targeted student doesn’t want to admit how upset he or she is for fear of being teased even more. The social norm that is set in those moments makes it much harder, if not impossible, to create a safe learning environment. Students don’t want to do anything that may invite the ridicule of others.

But if we define the different types of teasing and then debrief with our students about how teasing impacts them, we can effectively create a positive and supportive social norm. What follows is an excerpt from the new Owning Up: Empowering Adolescents to Confront Social Cruelty, Bullying, and Injustice that explains the different types of teasing and a then gives a debrief activity you can do with your students.

Activity: Think About It: Is This Funny?

Time: 10 minutes
Purpose: To break down misconceptions about why people laugh

The common assumption is that people laugh when they think something is funny. But are there other reasons why people laugh?

In addition, people have different ideas of what they think is funny. No one has the right to make someone feel stupid, sensitive, or weird if they don’t think something is funny that you do. Let’s make a list of general ideas of what is funny and what is not.

Everyone has their own definition of what’s funny, and all are valid, as long as they don’t hurt someone else.

The problem is, it can be awkward to tell people when you don’t think something is funny because it could make things uncomfortable between you, or you could come across as taking things too seriously.

Activity: Think About It: Breaking Down Different Types of Teasing

Humor, teasing each other, and joking around can be a sign that people are close friends. Humor can be a powerful tool to defend yourself against people who want to make fun of you. But teasing and humor can also be used to make someone feel bad, especially when people know specific things someone is sensitive about. Teasing can be really confusing for people. Sometimes you can’t tell if people are really joking/teasing or if they are just pretending to be joking/teasing but really want to hurt your feelings. Even more confusing is when people say they’re “just kidding,” so they can be hurtful but get out of taking responsibility for their behavior and blame the person they’re teasing for being too sensitive.

Let’s break down the different kinds of teasing so it’s easier to figure out what’s going on.

People have their own concepts of what good teasing is. Some people are more sensitive than others, and it’s really important to respect people’s feelings. And everyone has the right to say when they think someone has gone over the line when teasing them or someone else.