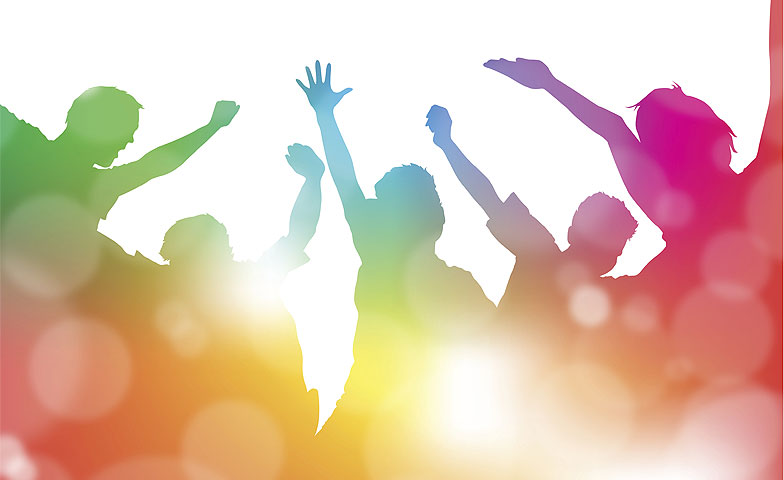 As a building principal whose days are filled with countless observations, emails, and student interactions, it’s easy to forget that there really is a world outside of my wonderful middle school.

Over the last several years, I have been fortunate to have spent some time reading about and visiting some of the local companies in the New York City area that have been labeled as “the best companies to work for,” by the likes of notable publications such as Fortune and Forbes. What quickly becomes clear to any observer-manager is that these companies do more than just pay their employees well or offer them what used to be known as “fringe” benefits. Rather, companies like Google, who is consistently selected as periennal leader in the category of positive work environments, devotes a significant amount of time to developing a work culture where teamwork is valued over individual achievement and honest feedback is encouraged from every level of employee.

While schools would be hard-pressed to completely go “Google” with the likes of flexible working hours, endless amounts of free food, and a myriad of daily on-site services, they can still learn from the gains that these corporations have made in developing meaningful work environments. Over the last two years, I have implemented a few of the ideas modeled by our corporate friends and have strived to make my school’s culture as rewarding as those found in the private sector. My vision for a modernized school culture includes incentivizing innovative practice, rewarding teamwork, and developing multiple pathways for stakeholder feedback.

In the world of public education, the money teachers earn for their hard work is pretty much predetermined once they sign their first non-tenured contract. What I mean by this is, a teacher can look at a district’s pay guide and know just about how much they would make over the course of their careers give or take minimal contractual changes. So I decided to try something different and offered an annual recognition program for the most innovative educational practice in our building.

The initial proposal was a $500 award funded by our P.T.O. that, once issued, could be used in any way a teacher saw fit. By offering such a recognition process that focused on practice vs. selecting a person, I was able to decrease the politics of who would be recognized and placed the focus on the type of work our school valued and hoped to have replicated throughout our building.

A committee of teachers volunteered to sift through the applications and then happily evaluated three final presentations, as they helped decide which practice they themselves valued the most. The result of these presentations was a genuine sense of appreciation and pride for both their colleagues and the innovative work that, until our interviews, would not have been shared with other teachers.

While the committee spent much of their time together praising the work occuring in our building, they also discussed ways to include the ideas they had learned about in their own classrooms. The award winners also felt a tremendous sense of achievement as one happily shared, “I think the award was a wonderful opportunity to reflect on why we started something new in a school already known for its innovation. The process of writing the application helped us as colleagues have conversations about what we had done and how we structured our work. We also began to think about the improvements we would incorporate into it going forward,”said Laila Moolji social studies teacher.

By developing a culture that values exceptional work and fosters a school-wide appreciation for innovation a school commits to the mission of continuous growth and improvement.

The concept of working as a team in education is not new, but it is a difficult approach to do well. My middle school has been lucky to have had teams in place for several decades and currently provides teachers with a daily set period to be used for either student-based discussions or grade level content meetings.

While this structure has provided teachers with a framework for working collaboratively, the peer-to-peer interactions are not always the best representations of the vision of good teamwork. What I have learned is that if schools truly want to develop a collaborative working culture, they need to find ways for their teaching staff to recognize and celebrate the work of colleagues.

At Google, a team member can give a bonus of $175 at any time without managerial approval. The former senior vice president of people operations at Google, Lazlo Bock, promoted the importance of this type of system in his bestselling book Work Rules (2015) stating, “Allowing people to reward one another facilitates a culture of recognition and service, and is a way to show employees that they should be thinking like owners rather than serfs.”

While this type of peer bonus structure would most likely not get approved by any school system, peer recognition should be an essential aspect of any institution that values and fosters teamwork. Rather than the unsustainable $175, I worked with my PTO president to secure a $5 Starbucks gift card for every staff member. We called the initiative, “Coffee on Me,” and told teachers to use it when they felt a colleague did something they identified as worth recognizing. The only stipulations for the program were that teachers could not use the card on themselves and that they would not be asked to share who it went to.

The response has been staggering. Teachers are often excited and proud to give this small token of appreciation to a colleague who has gone above and beyond while furthering a sense of team throughout the building.

The most vital tenet of creating a successful school work environment is to ensure that feedback is continuous, structured, and unfiltered. All educational leaders need to ask themselves when seeking feedback: What do I want to hear vs. What do I need to hear?

In Adam Grant’s book, The Originals: How Non-Conformists Move the World (2016), Grant often shares anecdotes as to how and why some companies succeed and others fail. The one consistent determining factor for success found throughout his book is feedback. Successful companies like Google also know this to be true as employees can submit questions to their CEO and those questions that get asked the most are answered weekly in a live-streamed broadcast.

Yet, if you ask any school employee about how they feel about receiving feedback, most would give a half-hearted answer as people naturally want their opinions and ideas affirmed rather than critiqued. Surrounding oneself with opinions that favor similar thinking will only ensure an environment that is stagnant and not inclusive of all stakeholders. To avoid such an environment, I have created several different pathways to allow for both loyal supporters and much needed dissenters to provide crucial and critical feedback on initiatives as well as day-to-day operations.

To ensure our school captures all types of opinions, an IKE (short for Eisenhower M.S.) system was created in which all school community stakeholders can submit comments 24/7 using a Google Form that appears on our website. Stakeholders can choose to be anonymous or include contact information for future communication. IKEs are reviewed monthly with my team leaders and the group picks and chooses which items to act upon.

In addition, a principal survey process was initiated so all staff members are able to provide administrators with anonymous feedback relating to building leadership and operations. The results of the survey are shared school-wide so that a sense of transparency is created and staff can feel confident that their feedback was not only valued, but also acted upon for the betterment of our school environment.

The last pathway for collecting input is through a liaison teacher group that meets monthly. The only requirement for being a part of this group is that a teacher can not hold a current leadership position. This was done so that staff who may feel like their voice is not as important as those who work with the administration more closely could still have a seat at the table for helping to improve our building.

Developing multiple structures for collecting diverse forms of feedback has allowed our school to be able to address sometimes difficult or not spoken about challenges and has paved the way for developing a meaningful work culture where the only goal is improvement.

As you look for ways to move your school forward and to increase the meaningfulness of your work environment, look to those successes in the corporate world and develop a Google-like school culture where innovation is championed, teamwork rewarded, and feedback is valued. I would argue, it is time to go Google.